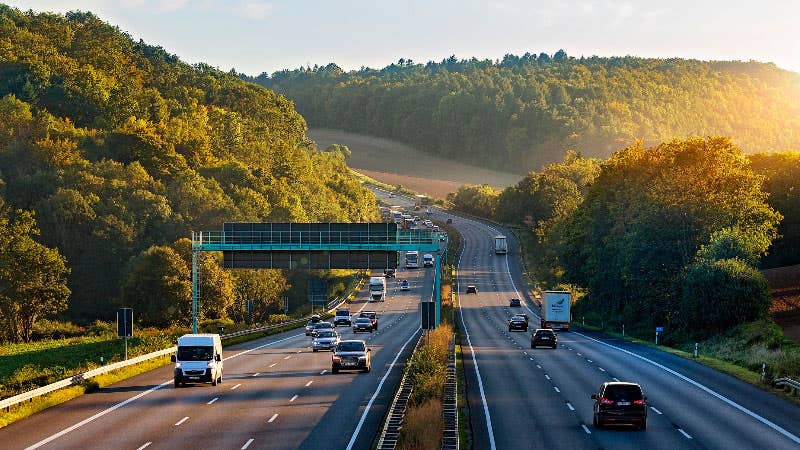 A number of factors impact your car insurance premium, including your driving history, age and vehicle type. However, one other variable that affects it quite significantly is where you live. Car insurance rates by state vary significantly, often by hundreds or even thousands of dollars.

In addition, your ZIP code also factors into your car insurance rate. Each ZIP code represents a different level of risk to both the driver and the insurer. Whether it is because of accidents, thefts or vandalisms, certain areas are simply more dangerous than others, which is why there are such discrepancies between some states.

The difference in car insurance premiums between states could be as little as a hundred dollars to nearly a thousand. To figure out why rates in your state are set a certain way, you could consider the multiple factors that may be contributing to it, such as common causes of claims. Bankrate has listed out the average car insurance rates for each state below as a starting point for your research, although your rates may be different based on personal factors.

Knowing your state’s requirements is useful in regards to car insurance, as you will typically be required to purchase at least your state’s minimum liability limits. For many states, minimum liability is not enough coverage to avoid excess expenses should you get into a serious accident. When medical costs exceed what you are covered for, you will have to pay any remaining amount out of pocket.

The table below lists the average rates in each state. The figures under the “Minimum coverage requirements” column signify the amount of required coverage using this format: bodily injury liability coverage (per person)/bodily injury liability coverage (per accident)/property damage coverage. For no-fault states, the figures signify the required coverage in a personal injury protection (PIP)/property damage liability (PDL) format. The numbers under the ‘Average cost of coverage’ columns are the average amounts of money drivers in that state pay for car insurance on an annual basis.

When you look at auto insurance quotes, remember that your price will vary based on factors like your age, driving history, location, vehicle and your eligibility for discounts. Because of this, you may pay more or less than the average price. These ranges could be used to get an idea of how much you might pay for coverage, depending on how much you need. For example, full coverage, which includes collision and comprehensive coverage, is more expensive than purchasing liability-only insurance. While full coverage helps pay for damage to your vehicle caused by accidents or other objects, it may exclude other expenses. Because of this, you may opt for additional coverages and pay more than the state average.

Most expensive states for car insurance

Compared to the national average of $1,674, Louisiana motorists pay $2,724 for full coverage insurance, the most expensive in the country. Several factors contribute to this, including the frequency of lawsuits for accidents, a high number of uninsured drivers, growing density of traffic and risk of accidents, expensive auto repair and increasing instances of severe weather.

The vulnerability to severe weather is one of the biggest contributors to Florida’s high car insurance cost. The state is faced with storms, hurricanes and floods every year, causing vehicular damage and increasing risks for insurance companies. Florida also has the highest number of uninsured motorists at 20.4%, in addition to low mandatory coverage limits. Compared to the national average, Florida pays about $700 more in car insurance.

The highest minimum coverage requirement in the country is the leading reason for Michigan’s expensive car insurance market. Besides the basic liability, bodily injury and property damage coverage, motorists in Michigan must also carry personal injury protection and medical payment coverage. The state also has a growing number of claim fraud, high population density and a large percentage of uninsured drivers.

As one of the least congested states in the U.S., Maine is considered a safer place to drive with a lower risk of accidents. It also has the lowest number of uninsured drivers at only 4.9%. All these factors combine to make Maine the cheapest state for auto insurance at only $965 annually for full coverage.

Low population density, fewer instances of car theft and a lower number of uninsured drivers make Vermont one of the least expensive states for car insurance at $1,207 a year. More rural areas mean less traffic and little risk of accidents and an overall safer place to drive.

Nearly 40% of drivers in Idaho are between the ages of 30 and 54, for which rates are usually lower on average compared to younger and older age groups. This could be a driving factor in the state’s lower-than-average rates. Additionally, several cities are less populated than others and have shorter commute times, reducing the risk for road accidents.

In a no-fault state, each party files a claim with their own car insurance to help cover their minor medical expenses after an accident, regardless of who caused the crash. Drivers in a no-fault state are typically required to carry Personal Injury Protection (PIP) to help cover these medical costs. No-fault states can still determine liability after an accident and the responsible party would be liable for property damage and medical expenses that exceed a certain threshold, depending on the state. In at-fault states, the driver responsible for the crash compensates the other driver for their losses, including bodily injury and property damage, and the not-at-fault driver is not required to file their medical expenses with their own insurer.

How where you live affects your car insurance rate

Do you live in a region prone to storms and floods? Does your city have a high number of vehicle thefts? Does your state require a higher minimum coverage? In all of these cases, be prepared to pay more for car insurance. Urban areas with dense traffic and longer commute times increase the chances for road accidents and are considered risky by insurance companies, leading to a high premium.

Other factors considered in your car insurance rate

Where you live is not the only factor that goes into determining your auto insurance rates. Other factors include your:

Each car insurance company weighs these factors differently when they give you your rate. Your best chance at finding affordable car insurance is to shop around.

What is a tort state?

Most at-fault states are also considered tort states. In a tort state, the driver considered at-fault is responsible for paying for the damages they caused, and the not-at-fault driver does not have to file a claim with their insurer. Some no-fault states, like Kentucky, also have tort options that limit or allow parties to file lawsuits for their medical expenses.

Is car insurance required in my state?

Most states require some form of car insurance. Though some states do not technically require it, every state requires you have enough in assets to cover the minimum liability requirements. However, because having expensive assets — like a house — is likely not an ideal tradeoff in covering a claim — insurance experts recommend purchasing car insurance to keep yourself financially protected.

Yes, and when you think about it, it makes sense. If an insurance company knows that it is likely you will file a claim in the near future, that means you represent a higher degree of risk.

However, California has a law that prohibits insurance companies from using ZIP codes as the main factor in determining premiums. They may still use it as a factor, but it can’t be the one that carries the most weight.

Read more From Cynthia
Cynthia Widmayer has over two years of experience as an insurance and personal finance writer. She covers home, car and life insurance products for Bankrate, the Simple Dollar, and Coverage.com, among others.
Edited by
Aylea Wilkins
Insurance Editor
Reviewed by
Stephen Kates
Certified Financial Planner