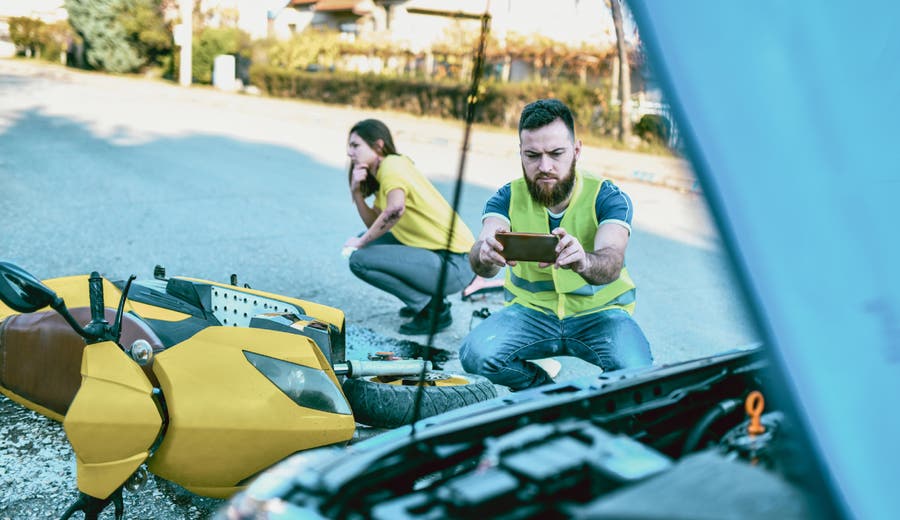 One of the most misunderstood concepts in the insurance world is the notion of no-fault coverage. If you live in one of 12 no-fault states, this concept may have impacted you if you’ve made a claim on your auto insurance policy.

Simply put, no-fault insurance says you can make a claim to your insurance company for medical and other costs following an accident, no matter whose fault the accident was. In states that are not no-fault, you’d make that claim to the other driver’s company if they were at fault or to your medical payments coverage if you have it. No-fault insurance simplifies the process.

What is no-fault insurance?

Let’s say you’re in an accident that results in a broken leg, and you live in a no-fault state. It doesn’t matter who caused it; when you go to the emergency room to have the leg set, you’ll give the hospital your policy information. The hospital will bill your insurance company for the costs of the medical treatment, or, if you pay the costs at that time, your insurer should send you a check for the amount you paid.

No-fault coverage is aimed at quickly paying claims for personal injury. But there’s more to it than that: you also won’t have to take the other driver to court. In fact, your ability to sue may be limited. No-fault coverage was designed to lower the cost of auto insurance by keeping smaller-dollar claims out of the courts. In some states, you can only sue the other driver in some cases of high-cost serious injuries.

If you’re involved in a car crash and carry no-fault insurance, you’ll be covered for your own medical expenses and lost pay. Some no-fault states limit the amount of money you can collect from your auto insurer, while others do not.

The portion of your policy that covers these costs is called personal injury protection, or PIP. It’s required in no-fault states, meaning you need to carry it in addition to your state’s minimum liability requirements. In fact, sometimes people use the terms “no fault insurance” and “PIP insurance” interchangeably.

Here are the states that are true no-fault states, where you are required to have PIP insurance coverage:

In several additional states, PIP is available but is not required, and so these states are not considered true no-fault states. They are:

What does no-fault insurance cover?

The regulations on what PIP covers vary from state to state, but in general, these are expenses you can expect to be paid by your PIP coverage in a no-fault state:

Here are a few of the expenses that PIP won’t cover in a no-fault state:

Check your insurance policy for more details about inclusions and exceptions.

How much does PIP insurance cost?

The cost of the PIP portion of your insurance can be found on your insurance documents. Cost varies widely, depending on factors such as your age, gender, the type and age of your car and how much coverage you’d like to purchase.

Does PIP pay for pain and suffering?

Under no-fault rules, you can sue for pain and suffering only if your case meets certain criteria, which vary from state to state and usually involve serious injury and high medical costs. Generally, however, PIP is meant to keep smaller claims out of the courtroom.

I live in New Jersey — am I allowed to sue after an accident?

In three states — New Jersey, Pennsylvania, and Kentucky — you can in certain instances retain your right to sue for any auto accident injury, even though they are considered no-fault states. An insurance agent or lawyer can explain your options more fully.

Who pays for car damage in a no-fault state?

If you carry optional collision and comprehensive coverage, these policies will pay for car damage no matter who’s at fault.