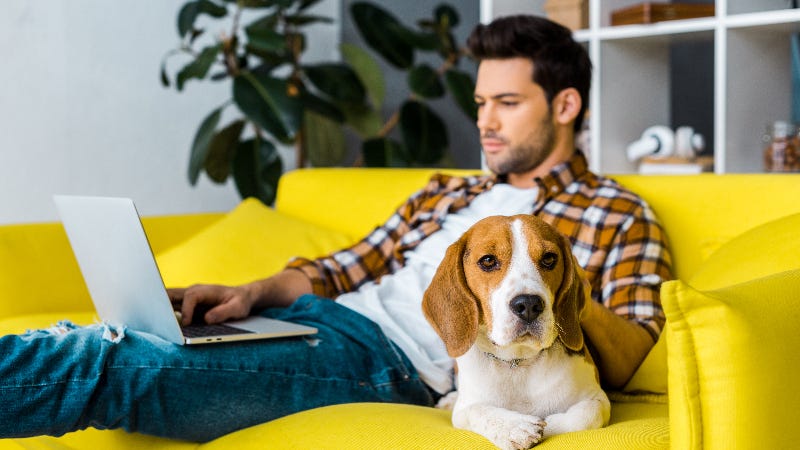 If you log in to your online bank account and only see a few dollars, it’s easy to feel like saving any amount of money is impossible.

Take a deep breath; you’re not alone. Saving money is a struggle that millions of Americans are up against. Only four in 10 (41 percent) U.S. adults could cover the cost of a $1,000 emergency using their savings, according to a recent Bankrate survey.

You might think you need to make more money in order to save, and you might be right. But an income boost by itself won’t solve the savings crisis.

“We see people struggle with saving across incomes,” says Mariel Beasley, co-director of Common Cents Lab, a financial research lab at Duke University. “Saving is hard. The world is designed to tempt us to spend.”

Now, the good news: Traditional banks and fintech companies are rolling out more apps, new features and products than ever before to help new savers glide into saving small sums on a repeat basis. If saving money feels elusive, here are some tips and strategies to help you get started.

Find a home for your savings

Remember, no amount is too small to start saving — even a dollar counts. However, make sure you deposit your cash in an affordable savings account that allows small balances. You can find savings accounts that offer more than 1.85 percent APY and require a minimum balance of $100 or less. You want to avoid paying an accidental bank fee (I speak from experience) that eats up part of your savings.

You could also go old-school when setting money aside. “It can be as simple as an envelope, honestly,” says John Thompson, chief program officer of the Financial Health Network. “Especially if you are just trying to get started.”

Or, you can go digital with the latest innovative apps. If you have a checking account, for example, consider connecting it to an automated savings app like Digit. The app, with the help of algorithms, automatically moves small amounts of money it thinks you can afford into your savings every few days.

“A lot of people want more savings (but say) they just don’t really know how to, or it’s complicated, or they don’t have time to get around to it,” says Ryan Falvey, co-founder and managing partner of the Financial Venture Studio and a Digit investor. “There are all of these little, mini-mental blocks.”

An app like Digit is designed to solve these kinds of challenges. The app is free for 30 days, and then Digit charges $2.99 for a monthly subscription.

There are plenty of other automated savings apps or bank accounts to consider: Qapital, Albert, Fifth Third Bank’s Dobot, Ally Bank and Chime are a few options to keep you going.

If you sign up for an automated savings app, you’ll already be doing this by putting your money in different baskets. If you’re opening a traditional savings account, consider setting one up at a different bank than your checking account provider. Then, connect the accounts via an automatic transfer from checking into your savings account.

“It’s a psychological thing,” says Pamela Capalad, a certified financial planner and owner of Brunch & Budget. “When you open your bank account app and your checking and saving number is in there, you kind of add those numbers together and you’re like, ‘oh that’s how much money I have to spend.’ But if they are totally separate, you kind of forget.”

As a new saver, it’s important to reflect on what success looks like and over what time period. Here, be kind to yourself.

As Thompson sees it, the act of regularly contributing something counts as a form of success, as does spending your savings as needed. “It’s not some sort of failure,” he says. “That in and of itself is a success and a step toward where you are trying to get to at that time.”

To start is hard. But to persist with saving money, especially when you feel like you aren’t making progress, is even harder.

Here, there are all kinds of tricks you can try to help keep you engaged. For some, setting goals with specific names (like “new car cash” or “emergency fund”) and assigning deadlines to them can help. For others, sharing a financial goal with a close friend who holds you accountable might be more effective. The key is to identify what motivates you.

Commit to a calendar date to save money

It’s easy to think we’ll start a healthy habit soon-ish. Or tomorrow. Or next week.

“It’s never today,” Beasley says. So, make that behavior pattern work for you, and commit to your future self by saving something.

Evidence suggests it helps you save more if you’re specific about your goals. In an experiment with Digit, Common Cents Lab asked a group of users to commit to saving a portion of money before they got their tax refund. It also asked another group how much they wanted to save when Digit detected they received a refund. In the test, those who pre-committed saved, on average, 27 percent of their refund, while the other group saved just 17 percent of their refund.

Already, some banks and fintech apps let you mimic this idea. For example, the JPMorgan Chase app lets you set up a savings rule so that the bank automatically moves money every time you get a deposit over whatever amount you set. Maybe you can set a rule that will move money into your savings on the month you earn three paychecks, not two, for example.

It’s easy to buy things we know we shouldn’t — and no, we aren’t arguing that buying lattes is why more of us aren’t millionaires.

“If you want to get coffee, (then) get coffee,” Beasley says. “But all of us can look back at our bank statement and say, ‘Oh man, I can’t believe I spent that much on that.’ Or, ‘Oh man, I wish I hadn’t bought it.’”

Assess whether you’re wasting money on regrets. If you are, try to avoid those expenses in the future. You may also want to pay special attention to the subscriptions you have. If you don’t use Hulu or other types of subscriptions, cancel them and put a portion of that money into savings.

If this sounds dull, you can outsource the chore. Some apps, like Trim and Bill Slasher, can negotiate a bill on your behalf. If you want to call the shots on what expenses stay and go, try pairing the activity with something you enjoy. For example, don’t listen to the next episode of your favorite podcast until you take on the task. It’s known as temptation bundling — pairing something you want with something you don’t want to do.

“You create a way to reward yourself for doing an unpleasant but important activity,” Beasley says.

Is there a specific cash stream you can allocate to saving? Maybe it’s birthday money or cash you earned from a side hustle. Or maybe it’s the coins you cashed in. Choose one of your income streams and assign it as savings, Beasley says. In forming a rule, you may find success in following through with the act.

Bottom line: There’s no silver bullet to jumping on the savings bandwagon. Some of these techniques may work for you, others may not. Stay on the lookout for something or someone that motivates you to keep saving small amounts of money regularly.