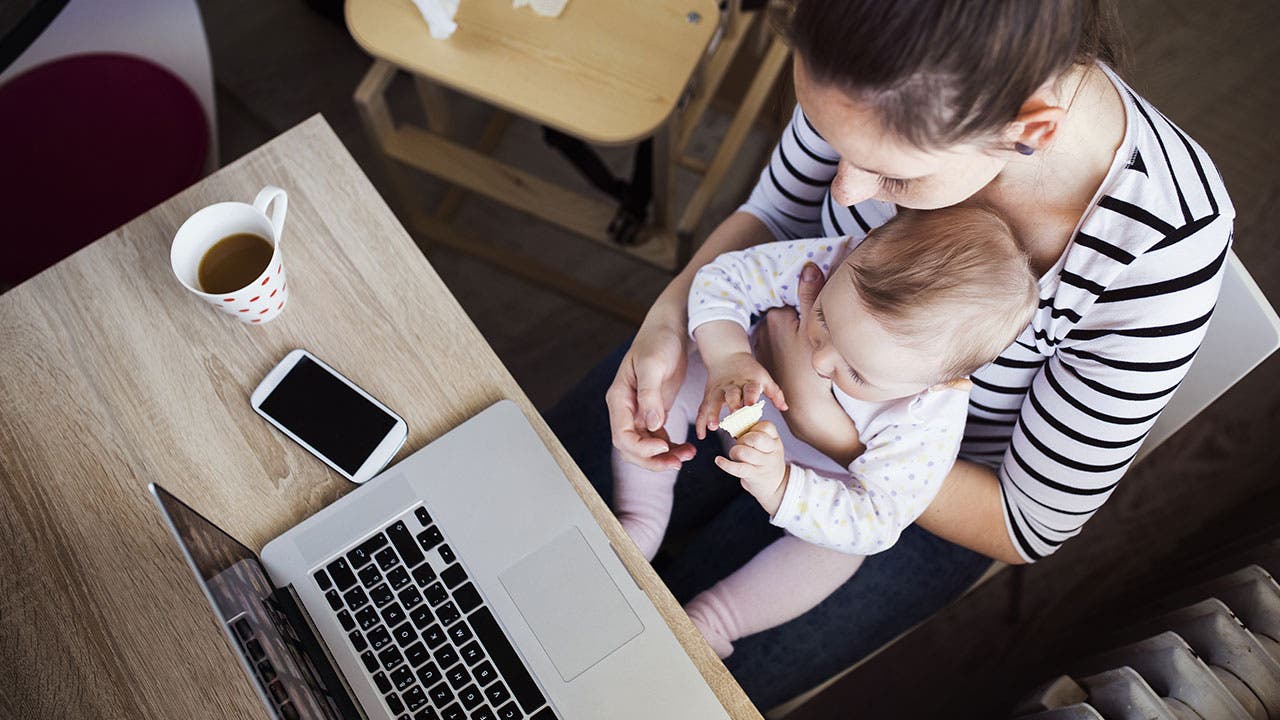 If you’re looking to invest money for the short term, you’re probably searching for a safe place to stash cash before you need to access it in the not-so-distant future. The extremely volatile markets in 2020 have lead many investors to hold cash as the coronavirus crisis continues.

As a result, you’ll want to ensure you have that cash later when you need it, instead of squandering the money on a poor investment. So the most important thing investors should be looking for in a short-term investment is safety.

What is a short-term investment?

If you’re making a short-term investment, you’re often doing so because you need to have the money at a certain time. If you’re saving for a down payment on a house or a wedding, for example, the money must be at the ready. Short-term investments are those you make for less than three years. You’ll sacrifice a potentially higher return for the safety of having the money.

If you have a longer time horizon – at least three to five years (and longer is better) – you can look at investments such as stocks. Stocks offer the potential for much higher return. The stock market goes up an average of 10 percent annually over long periods – but they’re more volatile. Stocks fluctuate a lot, and the longer time horizon gives you the ability to ride out their ups and downs.

So safety comes at a cost. You likely won’t be able to earn as much in a short-term investment as you would in a long-term investment. If you invest for the short term, you’ll be limited to certain types of investments and shouldn’t buy riskier kinds such as stocks and stock funds.

(But if you can invest for the long term, here’s how to buy stocks.)

Short-term investments do have a couple of advantages, however. They’re typically highly liquid, so you can get your money whenever you need it. Also, they tend to be lower risk than long-term investments, so you may have limited downside or even none at all.

Here are the best short-term investments in August:

Here are a few of the best short-term investments to consider that still offer you some return.

A savings account at a bank or credit union is a good alternative to holding cash in a checking account, which typically pays very little interest on your deposit. The bank will pay interest in a savings account on a regular basis.

Savers would do well to comparison-shop savings accounts, because it’s easy to find which banks offer the highest interest rates and to set one up.

Risk: Savings accounts are insured by the FDIC at banks and by the NCUA at credit unions, so you won’t lose money. There’s not really a risk to these accounts in the short term, though investors who hold their money over longer periods will have trouble keeping up with inflation.

Liquidity: Savings accounts are highly liquid, and you can add money to the account. Savings accounts typically only allow for up to six fee-free withdrawals or transfers per statement cycle, however. (The Federal Reserve has allowed banks to waive this requirement as part of its emergency interventions in the market.) Of course, you’ll want to watch out for banks that charge fees for maintaining the account or accessing ATMs, so you can minimize those.

Corporate bonds are bonds issued by major corporations to fund their investments. They are typically considered safe and pay interest at regular intervals, perhaps quarterly or twice a year.

Bond funds are collections of these corporate bonds, and these collections consist of bonds from many different companies, usually across many industries and company sizes. This diversification means that a bad-performing bond won’t hurt the overall return very much. The bond fund will pay interest on a regular basis.

Risk: A short-term corporate bond fund is not insured by the government, so it can lose money. However, bonds tend to be quite safe, especially if you’re buying a broadly diversified collection of them. In addition, a short-term fund provides the least amount of risk exposure to changing interest rates, so rising or falling rates won’t affect the price of the fund too much.

Liquidity: A short-term corporate bond fund is highly liquid, and it can be bought and sold on any day that the stock market is open.

Government bonds are like corporate bonds except that they’re issued by the U.S. federal government and its agencies. Government bond funds purchase investments such as T-bills, T-bonds, T-notes and mortgage-backed securities from government-sponsored enterprises such as Fannie Mae and Freddie Mac. These bonds are considered low-risk.

In addition, a fund of short-term bonds means an investor takes on a low amount of interest rate risk. So rising or falling rates won’t affect the price of the fund’s bonds very much.

Liquidity: Government bonds are among the most widely traded assets on the exchanges, so government bond funds are highly liquid. They can be bought and sold on any day that the stock market is open.

Money market accounts are another kind of bank deposit, and they usually pay a higher interest rate than savings accounts, though they typically require a higher minimum investment, too.

Risk: Be sure to find a money market account that is FDIC-insured so that your account will be protected from losing money, with coverage up to $250,000 per depositor, per bank. Like a savings account, the major risk for a money market account occurs over time, because their low interest rates usually make it difficult for investors to keep up with inflation. In the short term, however, that’s not a significant concern.

Liquidity: Money market accounts are highly liquid, though federal laws do impose some restrictions on withdrawals.

You can find certificates of deposit, or CDs, at your bank, and they’ll generally offer a higher return than you could find in other bank products such as savings accounts and money market accounts.

CDs are time deposits, meaning when you open one, you’re agreeing to hold the money in the account for a specified period of time, ranging from periods of weeks up to many years, depending on the maturity you want. In exchange for the security of having this money in its vault, the bank will pay you a higher interest rate.

The bank pays interest on the CD regularly, and at the end of the CD’s term, the bank will return your principal plus the earned interest.

Risk: CDs are insured by the FDIC, so you won’t lose any money on them. The risks are limited for a short-term CD, but the biggest risk is that you may miss out on a better rate elsewhere while your money is tied up in the CD.

Liquidity: CDs are less liquid than other bank investments on this list. When you agree to the terms of the CD, you generally allow the bank to charge you a penalty for ending the CD early. So you want to be extra careful that you don’t tie up your money and then end up needing to access it before the term is over.

A cash management account allows you to put money in a variety of short-term investments, and it acts much like an omnibus account. You can often invest, write checks off the account, transfer money and do other typical bank-like activities. Cash management accounts are typically offered by robo-advisers and online stock brokers.

So the cash management account gives you a lot of flexibility.

Risk: Cash management accounts are often invested in safe low-yield money market funds, so there’s not a lot of risk. In the case of some robo-adviser accounts, these institutions deposit your money into FDIC-protected partner banks, so you might want to make sure that you don’t exceed FDIC deposit coverage if you already do business with one of the partner banks.

Liquidity: Cash management accounts are extremely liquid, and money can be withdrawn at any time. In this respect, they may be even better than traditional savings and money market accounts, which limit monthly withdrawals.

Treasurys come in three varieties – T-bills, T-bonds and T-notes – and they offer the ultimate in safe yield, backed by the AAA credit rating of the U.S. federal government. So rather than buying a government bond fund, you might opt to buy specific securities, depending on your needs.

Risk: Like with a bond fund, individual bonds are not backed by the FDIC, but are backed by the government’s promise to repay the money, so they’re considered very safe.

Liquidity: U.S. government bonds are the most liquid bonds on the exchanges, and can be exchanged on any day the market is open.