Treasury bonds are government securities that have a 20-year or 30-year term, and they pay a fixed interest rate on a semi-annual basis. They earn interest until maturity and the owner is also paid a par amount, or the principal, when the Treasury bond matures. This interest is exempt from state and local taxes, but it’s subject to federal income tax, according to TreasuryDirect.

Where can you buy Treasury bonds?

T-bonds can also be bought through banks, brokers or dealers through either a competitive or non-competitive bid. In a competitive bid, you specify the yield that you’ll accept and you may or may not get the bond you want. If you do receive the Treasury bond, it may be a smaller amount than what you requested.

Of course, because Treasury bonds are traded on the exchange, you can also buy them at any time the market is open through a broker or bank offering such services. Those bonds won’t be new, but that’s largely irrelevant.

What do Treasury bonds pay?

Let’s run through an example of how Treasury bonds work and what they could pay you.

Interest payments are made directly into your TreasuryDirect.gov account, if you use it to hold your securities. If you hold your bonds at a brokerage, then the interest payment will go there.

The yield on 30-year Treasury bonds is around 4.27 percent, as of November 8.

If the coupon rate is higher than the yield, that means the bond is selling at a premium, says Greg McBride, CFA, Bankrate chief financial analyst.

Who should be investing in Treasury bonds?

Treasury bonds might be a good fit for someone who seeks safety, because Treasury securities are backed by the “full faith and credit” of the U.S. government. U.S. Treasury bonds are the de facto safe-haven investment for investors, McBride says.

“So when the stock market goes down, you’ll often see investors flocking to the safety of Treasurys,” McBride says.

Investors are often looking for the safety that bonds provide, and are less concerned with the yield.

But that doesn’t mean bonds are a good choice in all situations, particularly when the interest rate on bonds is very low. Then bonds may actually be risky.

What’s the risk, if it’s backed by the government?

While Treasury bonds don’t have a serious risk that the government won’t pay you back, they do have two other risks that are typical of bonds: inflation risk and interest-rate risk.

While Treasury bonds are relatively safe investments, one key risk is that inflation will erode your returns over the years. When you get the bond’s face value back, it won’t have the same purchasing power that it did 20 or 30 years earlier.

A 30-year Treasury bond yields about 4.3 percent (as of early November). If that yield is not higher than inflation, then your investment is losing purchasing power.

“Investors should plan on inflation over the next 30 years averaging around three percent,” McBride says.

McBride says that in three decades, $1,000 will only have the buying power of $476, if inflation averages 2.5 percent over that period. As of September the inflation rate is 8.2 percent.

“So, this is not something that’s going to grow your buying power or your wealth in any meaningful way,” McBride says. “And you’ve got tremendous interest-rate risk if, for some reason, you need to sell prior to maturity.”

Interest-rate risk is the risk that rates move adversely. If rates rise, then the price of your bond will decline. That may not be a problem if you don’t have to sell your bond before maturity. But if you want or need to sell it, then you won’t be able to sell it for face value, but maybe much less. And the longer your maturity, the more the bond will be affected by changes in interest rates.

Rising rates have had an impact on bond prices this year, McBride says.

A number of other Treasury securities (such as Treasury bills) are paying the highest yields since 2008. But this isn’t the case for Treasury bonds, though yields have moved higher there, too.

Investors are demanding higher returns because inflation has picked up, McBride says.

Many people like the safety offered by investing in Treasury bonds, which are backed by the U.S. government. But that safety comes at a cost – a lower coupon rate. Investors looking for higher interest payments might turn to corporate bonds, which typically yield more. But they’ll have to take on some extra risk for that extra return.

Buying a bond issued by one of the top companies may be relatively low risk, but it’s still not as low risk as buying a U.S. government bond. And corporate bonds can range from relatively safe to extremely risky, so you need to know what you’re purchasing if you buy them.

Some government bonds tied to inflation have started paying higher rates to account for increasing costs. Government-issued Series I bonds purchased between November 2022 and April 2023 will pay interest at an annual rate of 6.89 percent, according to TreasuryDirect. The interest rate on I bonds is tied to inflation and changes every six months.

Another option are Treasury Inflation Protected Securities (TIPS), which are Treasury securities designed to preserve the investor’s purchasing power.

“The price of the bond is adjusted relative to change in the Consumer Price Index,” McBride says.

Are Treasury bonds a good investment?

Whether or not Treasury bonds are a good investment depends on your own financial situation.

For people who are risk averse and desire the safety of bonds sold by the U.S. government, they might be a good fit. But for those saving for long-term goals such as retirement, Treasury bonds are unlikely to provide a high enough return to meet your goals or even outpace inflation.

Those looking for a low-risk investment might also consider high-yield savings accounts or certificates of deposit offered by banks backed by the Federal Deposit Insurance Corp. (FDIC). Your money’s protected from a bank failure, if it’s within FDIC limits and guidelines.

These accounts pay an annual percentage yield (APY) that will reflect the overall interest rate level, but you’ll have fast access to cash in a high-yield savings account, and you can ladder CDs to potentially take advantage of an increase in interest rates.

Those looking for higher long-term returns will likely need to turn to stocks or stock funds for at least a portion of their portfolio. These investments are regularly among the best long-term investments, and they allow you to outpace inflation and grow your purchasing power over time. 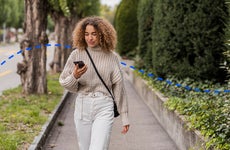 What is the average interest rate for savings accounts? 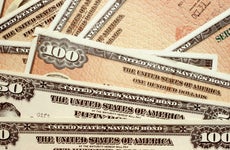 Cashing in savings bonds: When can you redeem them? 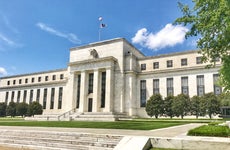 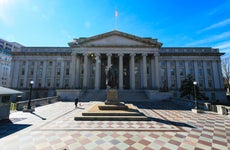 How long does it take for Series EE bonds to mature?