5 min read Published October 26, 2022
How is this page expert verified?

Treasury securities vary based on the type of maturity:

So-called long-term Treasurys, which include the 30-year T-bond and the 10-year T-note, typically offer the highest interest rate payments of any security in the U.S. Treasury fixed-income family. The reason: Longer-term bonds normally have higher yields because they are riskier, as a spike in inflation could reduce the value of the interest payments.

In addition, if market-driven yields move higher, pushing the price of the bond lower, it makes the lower-yielding bond you own a less attractive investment. (However, there are times when shorter-dated securities, such as a 3-month T-bill, can yield more than a 10-year note. This phenomenon, dubbed an inverted yield curve, occurred in March of 2019.)

How Treasury bonds are structured

The T-bond’s yield represents the return stemming from an investment in the bond, and is the interest rate the U.S. Treasury pays to an investor to borrow their money for a period of time. For instance, an investor who purchases a $10,000 T-bond and earns 4 percent in interest from Uncle Sam will earn a $400 annual return from the Treasury bond purchase.

“The average [original] maturity date on a Treasury bond is between 10 and 30 years,” says Jacob Dayan, CEO and co-founder of Community Tax, a financial and tax specialist firm in Chicago, Illinois. “Typically, the longer the maturity date, the higher the interest rate.”

That said, Treasury bond rates do rise and fall for a variety of reasons. “For example, if there is a high demand for longer maturity bonds, the T-bond interest rate could fall to (or below) the level of bonds with shorter maturity dates,” Dayan adds.

Any interest earned on a Treasury bond investment is tax-exempt at the state and local levels, but that interest is taxed by the federal government.

If you hold your Treasury bond with the U.S. government, the amount of interest you earned is easily viewable on your IRS Tax Form 1099. If it’s with your bank or broker, your financial institution can provide your taxable interest earned on your T-bond investment.

How Treasury bonds fit into your portfolio

Above all else, it’s that safe haven feature that primarily creates high demand for Treasury notes and bonds.

“U.S. Treasurys have provided safe haven, diversification and reliable income to generations of investors during most of their 90-year history,” says Craig G. Bolanos, Jr, a founding partner and CEO of Wealth Management Group, LLC, in Inverness, Illinois. “For many investors, U.S. Treasury bonds are the investment of choice for flight to safety (trades) as evidenced most prominently during periods of extreme market volatility.”

“They serve as an important anchor for risk mitigation,” says Bolanos.

Investors, however, won’t likely get wealthy from investing in T-bonds alone, but they can leverage T-bonds to preserve the wealth already created.

“As an investment possibility, T-bonds are considered one of the safest investments you can make, since they’re backed by the U.S. government,” says Chase Lawson, author of “Financial Freedom: Breaking the Chains to Independence and Creating Massive Wealth.”

“T-bonds don’t offer the highest return, as returns typically are around 2 percent to 5 percent, and require putting your money away long term,” says Lawson. “Still, there’s consistent income potential with Treasury bonds and your investment likely won’t decrease if the stock market tanks, like other investment vehicles can do.”

The difference between Treasury bonds and Treasury notes

Treasury bills (T-bills), the short-term debt of the government, differ from both Treasury bonds and Treasury notes.

“T-bills are issued with original maturities of four, eight, 13, 26, and 52 weeks,” Johnson says. “They don’t pay interest and are issued on a discount basis (which means your initial cost is lower than the face value of the T-bill). With T-bills, the investor receives a higher amount when the bill matures than they paid to acquire it.”

Tips for investing in Treasury bonds

Here are a few easy ways to buy Treasurys:

If you’re looking for ETFs that invest in long-term Treasurys, have a look at iShares 20+ Year Treasury Bond ETF (TLT) and Vanguard Long-Term Treasury ETF (VGLT). 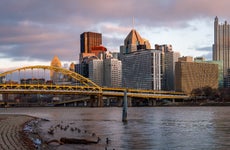 What are municipal bonds? 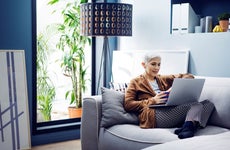 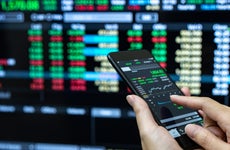 What is a bond ETF and is it a good investment? 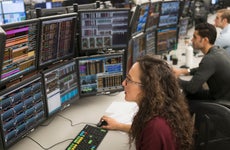 What are mortgage-backed securities?