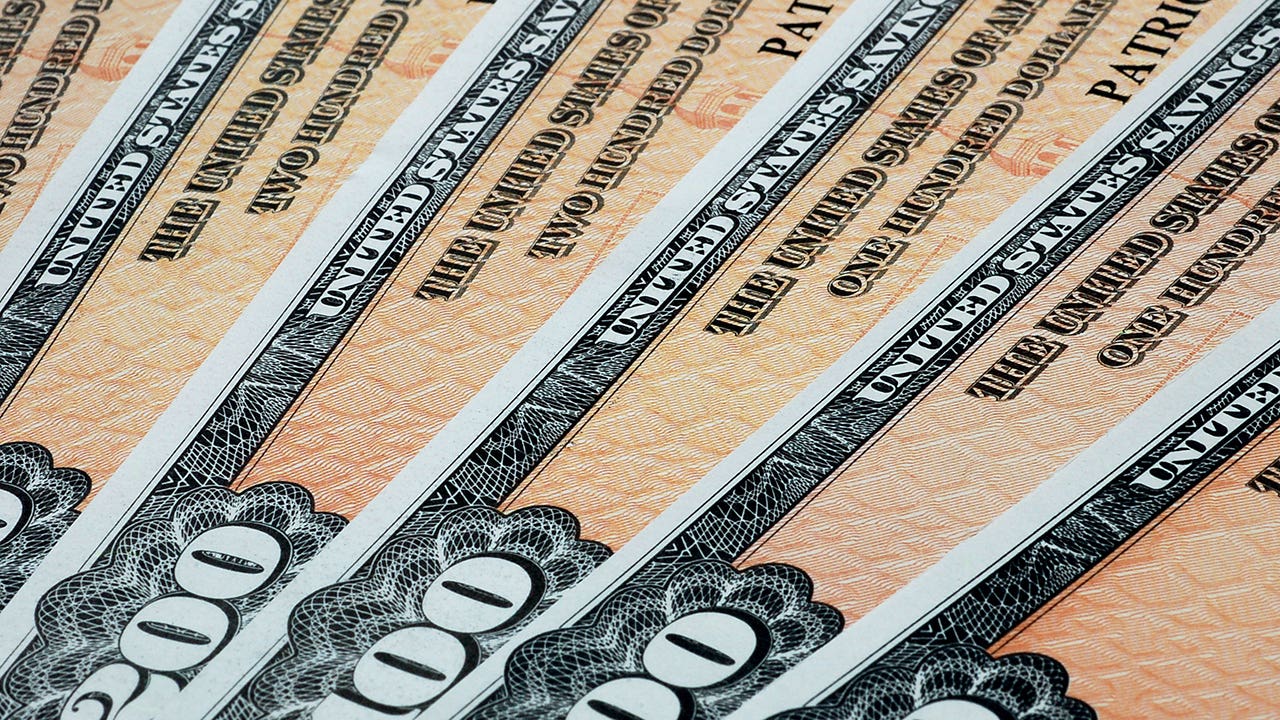 Savings bonds are a type of bond, or debt security, issued by the U.S. government. Unlike typical bonds that pay interest regularly, a savings bond is a “zero coupon” bond, meaning that it pays interest only when it is redeemed by the owner. The bond is non-transferrable, so you can’t sell it to another saver, another feature that distinguishes it from more typical bonds.

Here’s our guide to getting started with savings bonds and what you need to know if you’re considering them as part of your personal savings plan.

What is a savings bond?

Savings bonds are an easy way for individuals to loan money directly to the government and receive a return on their investment. The bonds are sold at their face value. So if you want to invest $50, you buy a $50 bond, and then you will begin accruing interest on that amount. As interest builds up on the account, you will compound your gains, so your interest earns interest.

But a savings bond differs from a traditional bond in several key ways:

How do savings bonds work?

Savings bonds work by paying you interest for the bond. While the savings bond accrues interest over time, it does not pay until you redeem it.

You can buy an electronic Series EE or Series I bond in any denomination over $25 in one cent increments. For example, you could purchase a bond for $75.34.

If your paper bond is lost, stolen, destroyed or otherwise mutilated, you can request a replacement electronic bond.

U.S. savings bonds come in a few series, only two of which are still issued:

The U.S. government first issued these bonds to fund itself during World War II, and it continued to sell them until 1980, when Series EE bonds superseded them. These bonds are no longer issued.

Series I bonds provide a greater level of protection against inflation than do Series EE bonds: They provide not only a fixed interest rate but also a variable rate that’s based on the Consumer Price Index for urban consumers.

How to cash in savings bonds

Both Series EE and Series I bonds can be cashed in once they are at least twelve months old. However, if you cash in either series before you’ve owned them five years, you will lose the last three months of interest payments as a penalty.

Both series of bonds earn interest for as long as 30 years. The longer you hold the bond, the more it will be worth, up to that 30-year time limit.

Paper bonds can be cashed at most local financial institutions, while electronic bonds can be cashed on the Treasury website. Simply log in to your account and follow the instructions for redeeming the bond. The cash will be credited to your checking or savings account within two business days of the redemption date.

With electronic bonds, you will have to redeem at least $25 in bonds, while no limit typically exists for the amount of paper bonds you can cash in a single transaction. However, the bank cashing the bonds may impose a restriction on how much you can redeem at one time.=

Are savings bonds a good investment?

The biggest advantage of savings bonds is the absolute security of them. They’re issued directly by the U.S. government and are backed 100 percent by its “full faith and credit.”

In addition, you may use savings bonds to pay for higher education expenses and thereby avoid paying taxes on some or all of the interest on the bonds. (Here are more details.)

Series I bonds offer some protection against inflation because their price adjusts in response to changes in the Consumer Price Index for urban consumers. If inflation rises, the yield on Series I bonds will be ratcheted up. If inflation declines, so will the rate on the bond.

Series EE bonds have a special feature: the Treasury guarantees that an electronic EE bond issued in June 2003 or later can be redeemed for at least twice the face value. If the interest rate is not sufficient to grow the bond to twice its value, then the Treasury will make a one-time adjustment at the bond’s 20th anniversary to make up the difference. In effect, if you hold a Series EE bond for 20 years, you would earn an annual yield of at least 3.5 percent.

The biggest disadvantages of savings bonds are the relatively low yields and the inflexibility.

Bonds are also relatively inflexible. They cannot be redeemed at all in less than a year and will suffer a penalty of the last three months’ interest if redeemed in less than five years.

Pros and cons of bonds

Plus, as already mentioned, bonds are backed by the U.S. government, so they’re as safe of an investment as you can get.

On the downside, savings bonds are inflexible because they must be held for at least a year, and the owner will pay a penalty of three months’ interest if redeemed before five years.

In addition, savers can earn more on a savings account than from a Series EE bond (unless they are able to take advantage of the bond’s special 20-year privilege.)

Pros and cons of savings accounts

Two big positives of a savings account include its high level of flexibility and its high level of safety. Savings accounts are backed by the FDIC, which insures the account up to $250,000 per depositor per institution. In addition, savers can withdraw money from the account up to six times per month without penalty, giving them access to their money while still earning interest.

Plus, a savings account may pay better interest than a savings bond, especially if you do just a little bit of legwork to find a high-yield account. (That’s easy to do on Bankrate.)

The downside of a savings account is that its yield will fall as interest rates fall, so your return might not beat inflation, whereas the floating, inflation-adjusted yield on a Series I bond helps mitigate this risk.

Savings bonds are among the safest investments, as safe as any government-backed type of investment such as high-yield savings accounts, CDs or other insured bank products. Savers should carefully check the interest rate offered by their bonds, since rates on different series can vary markedly.

Those considering savings bonds might also consider CDs, with the hopes of finding a higher interest rate and more flexibility. Here are the highest-yielding CDs tracked by Bankrate.