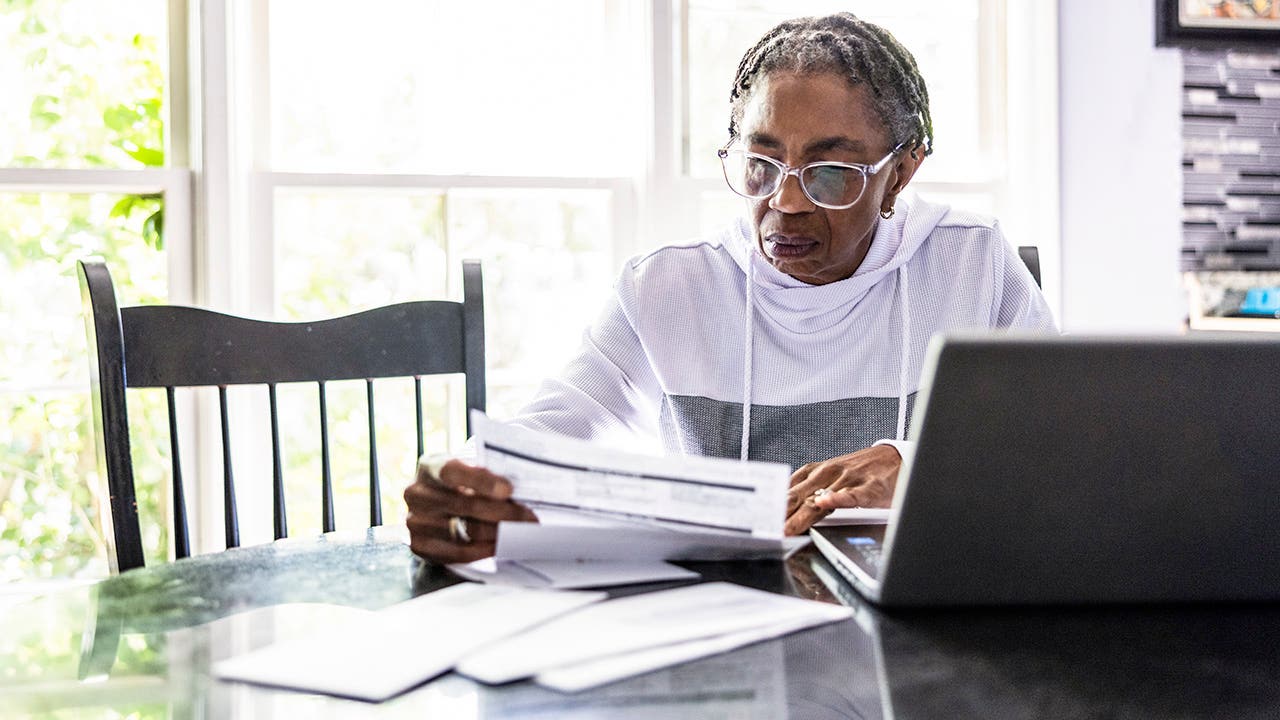 Woman paying bills using her laptop at her kitchen table

A certificate of deposit (CD) is a type of account offered by banks and credit unions that pays interest on a deposit amount for a set period of time. These accounts typically pay a guaranteed rate of return. CDs usually offer a better rate of return than traditional savings accounts, although the gap isn’t as wide as it once was.

If you visit a brokerage firm, you’ll find that some of them also offer CDs from different financial institutions.

How does a CD work?

When you open a CD, you have to select a term. The term is the length of time that the money stays stashed in the account. For example, if you open a CD with a one-year term, you’re making a promise to the bank that you’ll keep your money in the account for one year. After the CD’s term ends, the CD matures and you may either withdraw the money or renew the CD.

Early withdrawals from a traditional CD could incur a stiff penalty fee that eats into interest earnings and potentially some of the principal. The longer the term of the CD, the heftier the fee tends to be.

Opening a CD means giving up some financial flexibility, and banks reward you for that by generally paying higher interest rates than savings accounts.

Because CDs offer less flexibility and access to your money, they’re ideal for saving money for a particular goal, especially when you have an idea of when you’ll need access to the money. They’re less useful for money you might need to access quickly, such as an emergency fund.

Once a CD matures, the bank will give you some time to make changes to the account. Often, the grace period is between five and ten days. During this time, you can withdraw your money from the account or make additional deposits. It’s important to keep track of when CDs mature, because if no changes are made by the end of the grace period, most banks will automatically roll the balance into a new CD term.

Why should you get a CD?

CDs are a low-risk place to stash cash and get a guaranteed rate of return. That makes them good investments for short- to medium-term goals, like saving for a new car or for a down payment on a home.

Since there’s generally a penalty for making an early withdrawal from a CD, it’s also a good place to store money you want to keep from touching for a specific amount of time. You’ll likely earn more than you would through a standard savings account, too.

However, a CD isn’t necessarily the best option for everyone or every circumstance. Minimum deposits for CDs are often higher than the ones tied to savings accounts. It also might not be the best option if you need the money for an emergency. In that case, you’re better off keeping the money in an account with more liquidity, like a savings or money market account.

Though they may earn more interest than savings accounts, CDs are still a low-risk investment, and therefore they have lower yields than what could be earned by putting money in the stock market. To earn a higher rate of return, aim for a riskier investment.

CDs and savings accounts both help you save money and earn interest, but choosing between them can be difficult. Each is useful for different purposes.

Traditional savings accounts are a good place to keep funds that you might need to access at a moment’s notice. That’s because they offer more liquidity than CDs — typically, they can be withdrawn from up to six times a month without a fee. This makes savings accounts good for holding an emergency fund or for very short-term goals.

CDs, on the other hand, are better for funds you won’t need for a given amount of time. Although CDs may offer a higher rate than a traditional savings account, early withdrawal penalties can quickly diminish the return that you earn.

If you’re looking for liquidity and easy access to funds, consider keeping your money in a traditional savings account.

A CD ladder is a strategy where you purchase multiple CDs with different maturity dates. Laddering CDs is a strategy that can reduce risk and allow an investor to always have access to cash at regular intervals while still getting to take advantage of higher interest rates.

First decide how much you’d like to save and how often you want money to become available from matured CDs.

As an example, let’s say you want to build a five-year ladder with five rungs. If you have $5,000 to invest, you could place $1,000 in each rung. It would look like this:

With this setup, a CD would mature each year, and the CDs with the longer terms would likely yield the highest returns.

One way to extend the ladder even further is by rolling the money from a CD that has just matured into a new five-year CD.

Use Bankrate’s CD ladder calculator to help build a CD ladder that fits your budget and timeline.

While all types of CDs involve stashing money away for a designated term, some CDs come with added features or more flexibility. The different types are:

What CD term should I get?

The CD term determines how long your money is locked away for as well as the interest rate earned on the deposit.

If you’re saving for a particular goal, the decision becomes easier. For example, for someone planning to go on a vacation a year from now, it makes sense to open a one-year CD. For buying a car in three years, opening a three-year CD makes the most sense.

If you’re saving without a particular goal in mind, you should consider a couple of factors.

In a higher-rate market, there’s a greater benefit to opening a longer-term CD over a shorter-term one, since the difference in rates has increased. If you’re in a place to securely stash away money for a longer amount of time, it could be worth locking in at those high rates.

For the most part, CDs are safe investments found at banks and credit unions offering a guaranteed rate of return. You have to keep your money locked up for a set period of time, but in exchange, you’ll often get a higher rate than you would with a traditional savings or money market account.

In a high-rate environment, the reward for saving your money in a CD is even greater, and you’re guaranteed to earn the high rate for the duration of the term.

Reviewed by
Robert R. Johnson
Professor of finance, Creighton University
About our review board
up next
Part of  Introduction to Certificates of Deposit