How CD laddering can help you boost your earnings 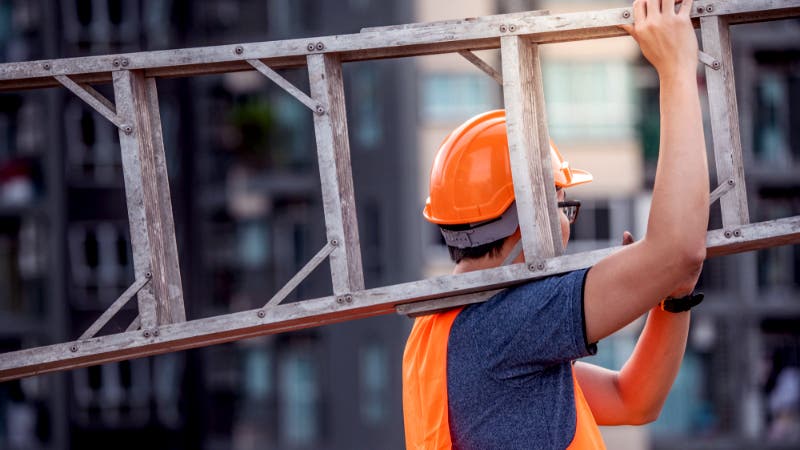 Sometimes one is not enough.

Savers could do themselves a disservice by opening a single CD at a local bank. In fact, there are advantages to parking your money in multiple CDs at one time.

You won’t successfully grow your savings, however, by haphazardly sticking your money in random CDs. The key to boosting your savings and earning bigger returns may be implementing a simple strategy: laddering CDs.

What is a CD ladder?

Building a CD ladder isn’t as complicated as it sounds. CD laddering involves a saver buying multiple CDs at once that mature at different intervals. For example, while you’re opening a one-year CD, you could open a three-year and five-year CD at the same time.

CD ladders leave room for plenty of flexibility. You can put equal amounts of money into each CD, or you can decide how much money will go in each account depending on the current economic climate. You don’t even have to open all of the CDs at the same institution. You could buy three CDs from three different banks and credit unions based on which one has the highest rate.

[READ: Which certificate of deposit (CD) account is best for you?]

Pros and cons of laddering CDs

Laddering CDs gives savers access to higher interest rates without requiring them to take on too much risk. CDs already give you a guaranteed rate of return. By having the right mix of short- and long-term CDs, you could end up earning more interest.

At the same time, laddering CDs ensures your money is accessible. If needed, you won’t have to wait a long time before withdrawing your savings and using it to pay for an unexpected expense.

With any investment strategy, of course, there are drawbacks.

“The only downside is if you’re using CDs for the wrong reason, if the opportunity cost of using CDs versus something else,” says Brent Weiss, a certified financial planning professional and co-founder of Facet Wealth in Baltimore.

Using a CD to meet a long-term goal like saving for retirement is a bad idea. You’re better off using a tax-advantaged account like a traditional or Roth IRA.

A CD ladder can be as long or as short as you like, but for this example let’s use a five-year ladder with five rungs. If you have $20,000 to invest, you could invest $4,000 in each rung:

After a year, the one-year CD matures and each of the other CDs has one less year until maturity. In other words, the two-year CD now matures in one year. The five-year is four years away from maturity.

The money from the one-year CD that has just matured is rolled over into a new five-year CD, since you no longer have a CD maturing in five years. Every year you replace the CD on the rung that’s farthest out.

By always replacing the longest maturity (the top rung on the ladder), you’re always reaping the benefit of earning the highest yield. Just make sure the maturities align with your needs for liquidity (cash you can withdraw as needed). Even if you build a CD ladder, you’ll still want your emergency savings in a high-yield savings or money market account.

Your biggest question when it comes to CD laddering likely is whether it will actually earn you money. Keep in mind: With a CD, you’ll always receive whatever you put in plus interest as long as you hold off on pulling out your money before the maturity date.

Crunching the numbers can help you see the boost CD laddering can give your money.

You won’t get rich by investing in CDs. But laddering leaves you with a higher return. What’s more, CD laddering can be helpful when you’re concerned about rising or falling interest rates.

A hedge against unpredictable rates

When it comes to CD ladders, one commonly held concern is that you’re tying up money while interest rates move higher.

While no one wants to be “long and wrong” — stuck with low yields on long-term investments as you helplessly watch interest rates rise — you’re clearly giving something up by staying out of longer-term maturities altogether.

Rising rate environments may make the case even stronger for CD laddering.

If rates don’t go up as much as you think, for example, you’ll know that you’ll probably end up better off for taking a slow and steady approach, says Jill Schlesinger, certified financial planner and senior CFP board ambassador.

Of course, it’s impossible to know where the top of the rate cycle is or to time the market.

“The beauty of a CD ladder is that you don’t have to get your timing perfectly right,” Schlesinger says.

CD ladders can hedge against that vulnerability.

Overall, a CD ladder can be part of a larger financial plan, constituting the lower-risk end of the fixed portion of your portfolio.

If you decide to ladder, adjusting the length can help manage interest rate risk. A short ladder could be viewed as more “conservative” because the shorter maturities you’re buying mean you’re bearing less risk that interest rates will increase and leave your low-rate CDs behind.

On the other hand, longer ladders may be considered more aggressive because longer maturities mean you carry a greater risk of falling behind as interest rates rise.

Given the unpredictability of the current interest rate environment, experts say it’s best to keep your CD ladders short.

“That’s what I would do with my money,” Weiss says. “Three years maximum on a CD ladder.”

In July, the Federal Reserve lowered short-term interest rates for the first time in a decade. If interest rates keep falling, investing in longer-term CDs — and locking in a higher rate — could be smarter. When interest rates and inflation are low, you can expect CD rates to be low as well.

CD laddering when inflation is rising

Laddering CDs and keeping your term lengths short can help when you’re concerned about inflation. But in the long run, that’s not enough.

Even among the most conservative investors, putting all of your assets into CDs or bonds isn’t a good idea. In fact, avoiding risk by choosing only fixed-income investments is actually risky.

“In my opinion, they’re actually putting themselves in many ways at more risk than someone who has some of their portfolio allocated to the stock market, which traditionally responds relatively well to inflation over time,” says John Hagensen, founder of Keystone Wealth Partners, a wealth management firm in Chandler, Arizona.

Even for risk-averse investors, it’s best to be properly diversified.