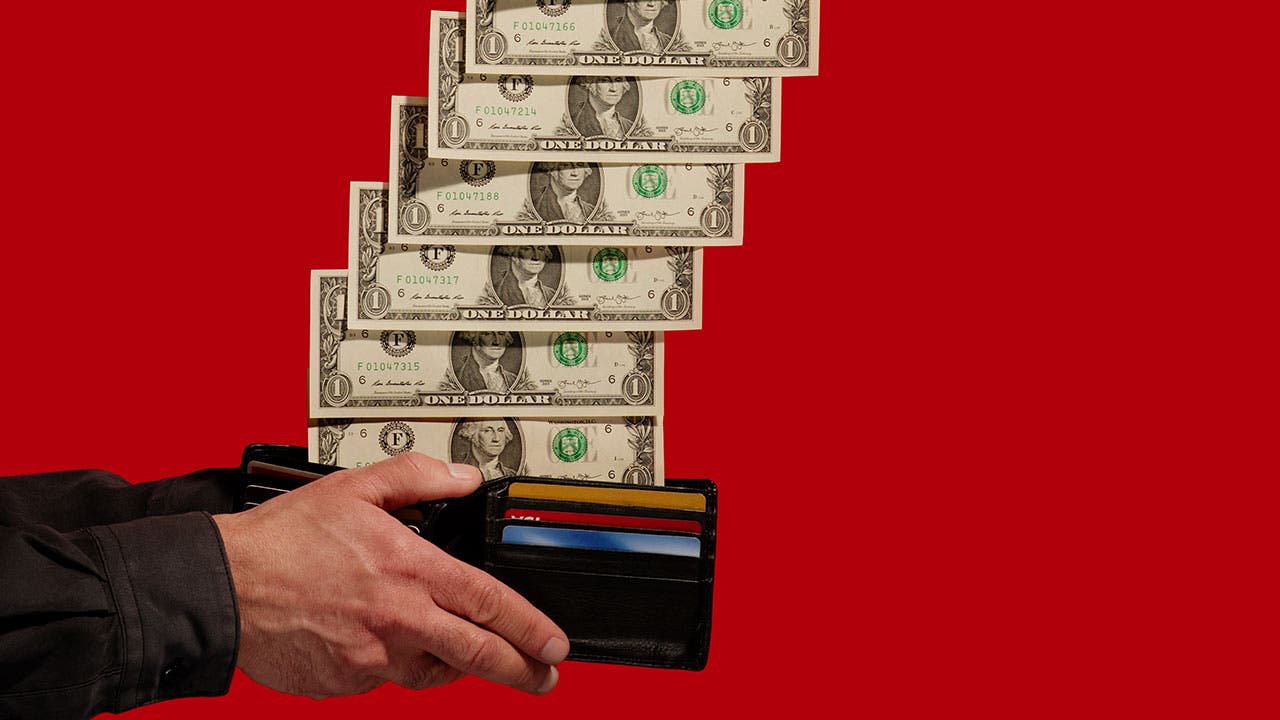 In past years, rising rates have caused some savers to avoid CDs. Back then, people didn’t want to be stuck in them while rates skyrocketed.

Now with rates decreasing, that’s no longer the case. It’s a great time to consider locking in an APY (annual percentage yield) on a fixed rate CD, especially if rates continue to fall.

Follow these 18 top strategies to help maximize your CD investments and grow your savings.

1. Determine what the money is being saved for

What are you saving for? If the funds are likely to be used within the next few months, a savings account or money market account is probably a better option than a CD.

“The first thing that we do is think about when money might be used, or if it’s earmarked for a specific goal,” says Lauren Zangardi Haynes, CIMA, certified financial planner at Spark Financial Advisors.

One smart reason to save in a fixed-rate CD: You’ll know exactly how much money you’ll earn during the term.

But if you’re trying to grow your money more aggressively, other types of investment products may be a better fit. Stocks, mutual funds and exchange-traded funds (ETFs) are investments that may offer higher gains. But they also have the potential to lose principal.

2. Decide how much needs to be liquid

It’s not recommended to keep all of your savings in a CD.

Consider a CD for funds that don’t need to be accessible in the short term. Money meant for a near-term purchase or emergency savings should be in a liquid account, such as a savings or money market account.

You may have a harder time getting a good deal without doing some research first. See what your existing bank is offering. Then compare that to what the average CD pays. Look for a bank that offers rates significantly higher than the national average.

Next, compare the best rates online for the terms you’re considering. Online banks may pay higher rates than others. Those banks don’t have the expenses related to a branch network, so they can generally pay you more. They also need a way to attract your deposits, which they do through higher yields. Similarly, credit unions are able to pay higher rates because they are not-for-profit organizations.

4. Confirm the CD is insured

CDs are smart investments if you don’t want to lose your principal. A CD at a Federal Deposit Insurance Corp. (FDIC) bank that’s within insurance limits, provides safety to depositors. Each depositor at an FDIC bank is insured to at least $250,000 per insured bank, according to the FDIC.

5. Decide whether the CD term makes sense for you

A CD isn’t the best place for funds you’ll need during the term. An early withdrawal penalty may negate your interest earnings or even cut into your principal.

This is why determining time horizon — when you’ll be using the money — is so important. If you’re unsure, a savings deposit account is the safer option.

That bank around the corner or the local credit union making a play for more deposits may offer you a bonus to park your money there. Banks and credit unions may offer special rates typically reserved for larger deposits. Community banks, perhaps looking to build better relationships, may offer CDs with attractive rates to people in specific cities or counties.

Take a look at the institution’s standard rates. This will give you some idea of whether CD rates will be competitive when they are up for renewal.

Always evaluate your CD when it matures, or it may renew at an unfavorable APY. This is especially important if you had a promotional rate.

A CD that boasted a competitive APY when you first opened it might not be as competitive when it renews. That’s especially true with the direction of rates being so uncertain these days.

8. Figure out when you’ll need the money

Determining when you’ll need the money will help you avoid early withdrawal fees. While emergencies happen, you should have an idea of when this money will be needed. That will help you choose the term of your CD, which typically ranges from one year to five years.

A one-year CD may be a good investment if you’re buying a house in a couple of years. You’d be protecting principal and also earning a competitive yield.

“We don’t necessarily want to take on a lot of risk by investing it, but we’d like to earn a little more interest,” Zangardi Haynes says.

Money meant for an emergency fund can be divided between a savings deposit account or a CD. This will ensure you have funds in place for any immediate transactions due to unexpected circumstances.

Money that you won’t need for at least five years could earn a higher yield in other investments, such as stocks, mutual funds or ETFs, but this isn’t guaranteed.

A direct bank, another name for an online bank, is a good place to find the highest APY. And while a traditional brick-and-mortar bank may suit you better if you’d prefer to meet with a banker, the APY will likely be lower.

Online banks tend to offer higher yields and lower fees. That’s generally because they don’t carry the same overhead costs compared with walk-in branches, and they can pass on that savings to customers.

You can compare CD rates on Bankrate to find the right one for you.

Make sure the CDs that you’re researching have a balance requirement that fits the amount of money you’re planning to deposit.

At some banks, you can’t open up a CD with less than $1,000. Some CDs pay higher APYs if they have a higher minimum balance requirement. But other times, CDs with lower minimum balances pay a competitive APY. It can be helpful to shop around in order to find what works best for you.

Find out exactly what the early withdrawal penalty would be when shopping for a CD. While you should be purchasing a CD only if you’re confident you won’t be touching the money before it matures, it’s good to be aware of what the worst-case scenario would cost you.

These CD clauses could really put a dent in your plan to earn the highest yield if an emergency expense arises or if you’re enticed with a higher yield elsewhere. You could end up walking away with less money than you started with if you have to end the agreement early.

12. Know how often the CD compounds

Find out how often the CD compounds interest and factor this into your purchasing decision. Compounding is when interest is paid on principal and on the interest that’s already accumulated. This is already included in the APY, which is why it’s important to compare APYs rather than comparing interest rates.

The more often the CD compounds, the better. Always try to find CDs that compound daily. Daily compounding is the most frequent method used, but some banks may compound monthly or less often.

There isn’t much of a difference between the yields on short-term CDs and long-term ones. Weigh the benefit of the APY and how long you want the yield fixed. Also consider when you’ll need this money.

A savings deposit account yield could decrease, since those rates are usually variable. But a CD will usually earn you a fixed APY during the term.

A CD ladder is a strategy where you might open multiple CDs maturing at different intervals to take advantage of higher interest rates. A CD ladder can help you lock in high APYs if rates continue to decrease. In a decreasing rate environment, your longer-term CDs would earn an APY that is no longer offered.

For instance, a First Internet Bank of Indiana two-year CD back in February yielded 53 basis points (0.53 percent APY) more than it does now.

If rates fall further, you could lose the opportunity to fix your yield at a higher APY. It’s nearly impossible to time rate movements. But if you’re OK with the worst-case penalties, a CD could be an option for some of your savings.

Opening a one-year, two-year and three-year CD at the same time is an example of laddering. This allows you to better avoid early withdrawal penalties and diversify your portfolio.

One non-traditional CD available is a structured CD, which is linked to some other type of investment, such as the stock market, currencies or commodities. Though they likely won’t lose money as long as they are held to maturity, returns are typically capped at a percentage of the total return of the underlying index or basket of securities.

For example, if it’s linked to the S&P 500, and that index returns 10 percent over the year, a structured CD may yield three-quarters of that. However, it varies among products. That is one of the criticisms of structured CDs: They can be more complex compared to a conventional CD. But the potential for greater returns pulls in some savers.

Some types of CDs are better suited for increasing rate environments than others. A bump-up CD could be an option to earn a higher yield if rates increase during your term. Assuming interest rates were to go higher, a bump-up CD may allow the owner to seek a CD rate increase.  In a rising rate environment, longer-term bump-up CDs might be effective for savers concerned about chasing yield and interest rate risk. The number of times you can increase your rate is usually restricted.

Compare rates on traditional CDs with bump-up CDs, to make sure the APYs are similar.

“You can usually get the most value by going ahead and do the longest-term CD that they offer, which is usually five years,” Hubble says. However, you’ll also need to consider whether longer-term CDs are a good value if shorter-term CDs have similar yields.

Different types of CDs can be useful in different situations. For instance, a step-up CD  could have a favorable future APY.

Step-up CDs generally have a predetermined APY in future years. Make sure you compare the blended APY to see what the APY averages out to during the CD term with fixed-rate CDs.

Brokered CDs can be another option because they may offer a higher APY than a bank CD. They may offer a solution if you’re trying to get FDIC-insurance coverage at multiple banks. Always confirm your CD is FDIC insured – within the insurance limits – if you’re purchasing a brokered CD. Also make sure you don’t have other accounts at this bank that could cause you to exceed the limits.  Ending a brokered CD early is far more complicated than with a traditional CD. You typically incur an early withdrawal penalty when closing the latter.