6 min read Published February 03, 2023
Written by
Libby Wells
Written by Libby Wells Contributing writer
Libby Wells covers banking and deposit products. She has more than 30 years’ experience as a writer and editor for newspapers, magazines and online publications.
Libby Wells
Edited by
Nell McPherson
Edited by Nell McPherson Banking editor
Nell McPherson is the banking editor at Bankrate, where she leads a team of reporters dedicated to helping readers make the best decisions about their savings and checking accounts, CDs and money market accounts.
Nell McPherson

Nearly 40 years ago, certificates of deposit were considered great investments. The average annual percentage yield (APY) on a one-year CD was over 11 percent.

In recent years, average rates on CDs were under 1 percent, but they’ve started to climb back up with the onset of federal rate hikes. Today, the average one-year CD has an APY of 1.47 percent, Bankrate’s February 1, 2023 rate survey data shows. The most competitive banks are offering APYs of over 4 percent.

High inflation is still outpacing even the best CD rates, but it’s likely peaked. That means that if you lock in at a high CD rate, it will continue to earn at that rate even as inflation cools.

Average CD yields have fallen markedly since the 1980s.

With raging inflation, it’s no surprise that the Fed has been hawkish with rate increases. The central bank raised rates seven times in 2022 and once so far in 2023, with a quarter of a percent increase on February 1.

“Inflation has been at a four-decade high, so the Fed must fight it with full force,” says Greg McBride, CFA, Bankrate chief financial analyst. “But it is easy to talk tough about raising rates when interest rates and the unemployment rate are low.

“Does the Fed have the fortitude to continue to do what is necessary to bring down inflation, even if they see the economy tipping into recession?” McBride says that is the bridge the Fed will have to cross in the coming months.

Here’s a look at the historical ups and downs of CD rates and some background on rate fluctuations through the decades.

The U.S. faced two recessions in the early 1980s. That’s when CD yields peaked. On average, three-month CDs in early May 1981 paid about 18.3 percent APY, according to data from the St. Louis Federal Reserve.

The reason interest rates were so high in the 1980s was due to high inflation. With inflation, the cost of goods and services rises and your money doesn’t buy as much. And so, while savers enjoyed higher rates on their certificates of deposit, their spending power took a hit.

CD rates fell in the 1990s and inflation was much lower than it was in the previous decade.

Following another short recession in the early 1990s, conditions improved and inflation fell. Overall, the decade was marked by a solid economy.

“CD yields dropped in the early 1990s following a recession and on the heels of the Fed’s efforts a decade earlier to break inflation,” McBride says. “Yields stabilized in the second half of the decade amid a sustained economic expansion.”

In early 2000, after the dot-com boom began to lose steam, the economy started to slow and the Fed lowered interest rates to stimulate the economy.

Other rates fell, too, as the central bank slashed its benchmark interest rate.

“This decade was bookended by recessions, both of which brought about record-low interest rates for their time,” McBride says. “In the middle was a housing boom and 17 interest rate hikes by the Fed that produced a camel-back look to the trend in CD yields.”

After the global financial crisis, CD rates fell to their lowest point in U.S. history. Toward the end of the decade, rates began rising, but fell again in 2019.

The Federal Reserve’s efforts to stimulate the economy following the Great Recession of 2007-2009 left many banks flush with cash, so they didn’t need to boost rates on CDs to obtain money for lending.

“CD yields continued to fall in the years following the Great Recession as the Federal Reserve kept benchmark interest rates at near zero amid a sluggish economic recovery,” McBride says.

As the Fed gradually increased its benchmark interest rate between December 2015 and 2018, savers started to benefit.

“The Fed raised interest rates nine times between 2015 and 2018 before beginning a reversal of course in the second half of 2019 in an effort to sustain what by then was a record-long economic expansion,” McBride says.

Then, the COVID-19 pandemic struck in early 2020, causing a worldwide economic earthquake.

In March 2020, the Fed made a couple of emergency rate cuts as a result of the economic lockdowns brought on by the COVID-19 pandemic.

Here’s how CD rates fell in the year after those emergency rate cuts of 2020 were made:

“CD yields fell to new record lows when interest rates were slashed to near-zero levels in the early stages of the pandemic,” says McBride.

Average CD rates have shot up since June 2021. This is largely due to the fact that the Fed hiked rates seven times in 2022, incentivizing banks to charge more on loans while also paying out more on savings products, including CDs. Bankrate’s February 1, 2023 rates survey data shows:

While big increases in CD yields are encouraging to savers, high inflation tempers their enthusiasm.

“With the Federal Reserve aggressively raising interest rates to combat inflation, that will mean continued improvement in yields in the weeks and months ahead,” says McBride. “But savers really need to see inflation come down in a big way for the higher CD yields to shine.”

Savers can get closer to bridging the gap between inflated costs and savings yields by comparing top CD options to find the highest rate on a term that fits their needs. 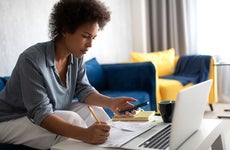 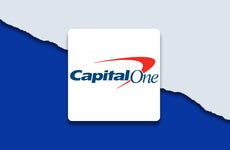 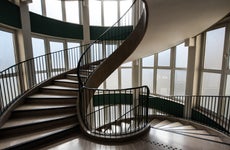