Certificates of deposit provide a safe place to earn a fixed return on your money, but any interest earned totaling $10 or more is generally taxable and must be reported to the IRS.

Paying tax on CD interest puts a dent in your overall return. So before investing, knowing how CD interest is taxed and what the IRS counts as income can help you save money.

How CD interest is taxed

The IRS treats interest you earn on a CD as income, whether you receive the money in cash or reinvest it in a new CD. (The same treatment applies to interest credited to a CD that allows you to withdraw funds early without penalty.) The interest is taxable, the IRS says, in the year it is paid.

If you’ve earned more than $10 in interest in a year, the bank or credit union that issued the CD will typically send you a 1099-INT statement. In box 1, you’ll find the details of how much interest you earned that year from the CD.

For example, if you purchase a six-month CD maturing in the same year it was purchased and earn $10 or more, you’ll have to pay tax on it for that year. For a CD that earns interest over more than one year, you’ll pay taxes each year on the total interest accrued that year. Even if you don’t receive a 1099-INT, you must report interest earnings of $10 or more.

Keep in mind that the tax rate on CD interest depends on the dollar amount of your gain and what income tax bracket you fall under.

Any CD with a term longer than one year will earn interest in more than one calendar year — and you’ll need to pay taxes every year on the interest accrued in that particular year.

The rule applies even though you’re not able to cash in most CDs until their maturity date.

For example, if you opened a five-year CD with $10,000 on Jan. 1, 2023, that pays 4 percent APY, the $400 in interest you earn in 2023 will be taxable in that year. Interest earned in each of the remaining four years qualifies as income and is taxable in the year it’s earned.

The end of a CD’s term is often the only time you can withdraw the principal without paying the bank an early withdrawal penalty (with the exception of a no-penalty CD).

When a CD matures, your options include withdrawing the money, transferring it to a savings or checking account, or rolling it into another CD. Regardless of what you do with the money, you have to pay tax on any CD interest the year it was earned.

Does cashing in a CD count as income?

You earn interest on the principal amount of your CD over time, yet only the amount that exceeds your initial investment usually counts as income.

Let’s say you purchase a one-year CD for $10,000 that pays a 3 percent APY. When your CD matures, you will have earned about $300. The issuing bank will give you a total of $10,300 (your principal investment plus interest earned) at maturity. Yet only the $300 in interest qualifies as income, and that’s the amount you’ll see in box 1 on the 1099-INT received from the bank at tax time.

In some cases, early withdrawal penalties may reduce your tax obligation.

Generally, CD interest earnings of $10 or more must be reported to the IRS. But CD taxes aren’t always clear-cut. If you’re unsure if you’ve received interest earnings, or if you have other questions about CD tax-related issues, consult a tax professional. 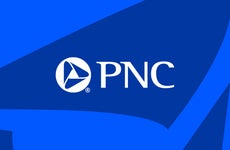 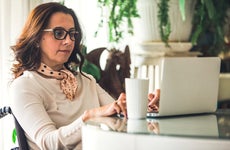 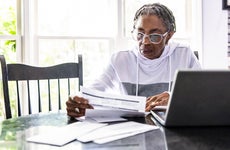 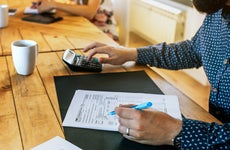 Is an IRA certificate of deposit (CD) tax deductible?