Many savers seek out certificates of deposit (CDs) thanks to their considerable benefits, which may include a high yield and a guaranteed rate of return. Unlike riskier investments, the money in your CD will grow predictably over time — allowing you to know exactly how much interest your money will have earned when the CD matures.

In exchange for these benefits, CDs usually require you to lock in your money for a set term — otherwise subjecting yourself to an early withdrawal penalty. As such, keeping the money in the CD until it matures is key to being able to earn the full amount of interest.

Withdrawing your money from a CD before the term ends can be costly since you’ll lose some interest and possibly even some of your principal, depending on how early into the term you make the withdrawal.

Consider some of these ways to help ensure you won’t end up needing to access the money early and be forced to pay a penalty.

Have a liquid emergency fund

Before locking your money into a CD, it’s important to have a separate emergency fund that you can tap into when unplanned expenses hit. This may help you avoid needing to pull your money out of a CD early. An emergency fund should be able to cover three to six months’ worth of living expenses. The best place for such a fund is often a liquid savings account since it allows you to access your money easily at any time without paying a penalty.

Shop around for a savings account with the best annual percentage yield (APY), which often can be found in high-yield savings accounts from online banks. Some of these high-yield accounts currently pay a yield that’s more than 20 times greater than you’ll find from most traditional brick-and-mortar banks.

A no-penalty CD still pays you a guaranteed rate but allows you to withdraw the money early without being penalized. Such a CD comes in handy if you find yourself in need of money for a financial emergency. It also affords the flexibility to switch to a different CD or another type of deposit account if rates rise significantly. The price you’ll pay for the convenience that comes with a no-penalty CD, however, is they often pay lower yields than traditional CDs.

A CD ladder strategy consists of opening multiple CDs of varying terms, so you can reap the higher rates that often come with longer terms while ensuring access to some of your funds sooner through the shorter terms. Having one or more CDs with terms of 12 months or less, for instance, means their principal and interest can be back in your hands in the relatively near future — which you may feel reduces the chance of needing to pull your money out early.

What banks charge for early withdrawal from CDs

Typically, CD terms range from three months to 10 years. The penalty imposed by a bank for withdrawing the money before the CD matures often depends on the length of a given term. In general, the longer the term, the bigger the penalty you’ll pay. Here are some examples of what various banks charge for early withdrawal from CDs with terms of five years, three years and one year:

Savers who want to earn a stable return on their funds without needing to lock them in for a set term have various other options to consider:

CDs may allow you to reap the benefits of a competitive, guaranteed yield if you’re willing and able to lock your money in for a set term. Avoiding early withdrawal penalties is vital, however, to earn the full amount of interest on your CD. Having an emergency savings account can help you avoid making early CD withdrawals, and a no-penalty CD can be a viable alternative for anyone who may need access to the funds before the term expires. 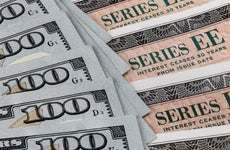 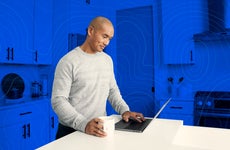 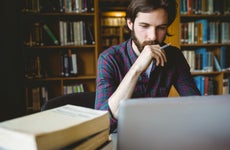 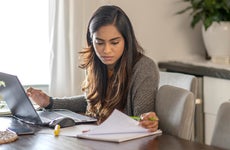