The top four-year CDs have something in common: They offer savers a higher yield than savings accounts and money market accounts. Combine that with a guaranteed rate of return and safety (when you choose a federally insured account), and these investments are worth considering.

Having a four-year CD means that your savings will be tied up for 48 months. Generally, you won’t be able to access your funds during that period of time without incurring an early withdrawal penalty.

Today’s top widely available four-year CD pays 4.55 percent APY, which may be a good way to invest for a long-term financial obligation, like starting a business.

Note: Annual percentage yields (APYs) shown are as of Feb. 1, 2023, and may vary by region for some products.

These are the top widely available four-year CD rates. Evaluate the offers, then calculate how much interest you would earn when your CD matures.

A closer look at the top 4-year CD rates

Randolph-Brooks Federal Credit Union is headquartered in Live Oak, Texas, and operates 61 branches serving four major markets in the state: Austin, Corpus Christi, Dallas-Fort Worth and San Antonio. It has about 975,000 members.

BMO Harris offers 15 terms of CDs ranging from three months to five years, with a minimum opening deposit of $1,000.

Based in Chicago, the bank operates more than 500 branches in Arizona, Florida, Illinois, Indiana, Kansas, Minnesota, Missouri and Wisconsin. The competitive rates offered on CDs with terms six months and longer are unavailable to residents of states where BMO has branches.

Bread Savings, formerly Comenity Direct, is an online bank that offers high-yield savings products and five terms of CDs ranging from one year to five years.

Popular Direct is an online bank and a subsidiary of Popular Inc., a more than 120-year-old financial services company. Popular Direct was previously known as Banco Popular North America.

Popular Direct offers CDs in eight terms ranging from three months to five years. With a $10,000 minimum deposit to open, these CDs are geared toward serious savers. Interest compounds daily. Popular Direct doesn’t offer specialty CDs, such as bump-up or no-penalty CDs. It does offer a savings account with a competitive rate.

Alliant Credit Union was founded in 1935 as the United Airlines Employees’ Credit Union. It is one of the largest credit unions in Illinois and has 600,000 members nationwide.

How to find the best 4-year CD rates

An account that doesn’t require you to fork over too much money upfront is ideal. Look for offers that don’t force you to jump through extra hoops — such as opening a new checking account — before you can open a CD.

To find the best CDs, our editorial team analyzes various factors, such as: annual percentage yield, the minimum needed to earn that APY (or to open the CD) and whether or not it is broadly available. All of the accounts on this page are insured by the Federal Deposit Insurance Corp. (FDIC) or by the National Credit Union Share Insurance Fund (NCUSIF). 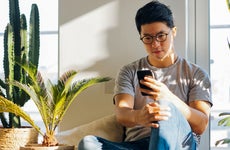 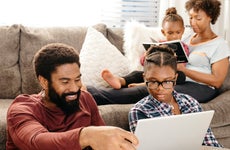 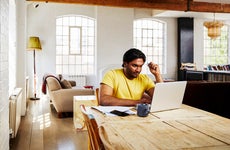 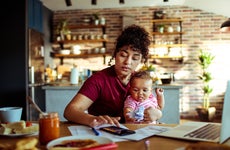