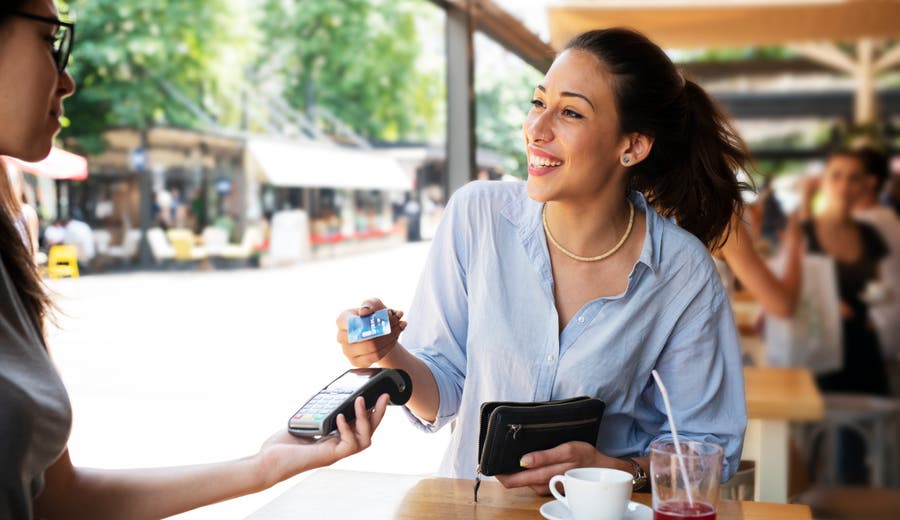 Investing in mutual funds and exchange-traded funds (ETFs) is popular today, and for good reason – they can deliver solid returns and offer the power of diversification in just one security. Buyers of these funds need to know what they’re paying for the benefits. That’s the expense ratio. The expense ratio is how much you’ll pay in management fees to own the fund.

A fund with a high expense ratio could cost you 10 times – maybe more! – what you might otherwise pay. However, there’s good news for investors, too: Expense ratios have been declining for years. Over an investing career, a low expense ratio could easily save you tens of thousands of dollars, if not more. And that’s real money for you and your retirement.

Here’s what to look for in an expense ratio and what you ought to be paying for funds.

What is an expense ratio?

An expense ratio measures how much you’ll pay over the course of a year to own a fund. This money pays for things like the management of the fund, marketing, advertising and any other costs associated with running the fund. Both mutual funds and ETFs charge an expense ratio.

When someone discusses how expensive a fund is, they’re referring to the expense ratio.

Don’t assume you can sell your fund just shy of a year and avoid the cost, however. For an ETF,  the management company will take the cost out of the fund’s net asset value daily behind the scenes, so it will be virtually invisible to you.

Larger funds can often charge a lower expense ratio because they can spread out some costs, such as the management of the fund, across a wider base of assets. In contrast, a smaller fund may have to charge more to break even but may reduce its expense ratio to a competitive level as it grows.

Mutual funds may charge a sales load, sometimes a very pricey one of several percent, but that’s not included as part of the expense ratio. That’s an entirely different kind of fee, and you should do everything you can to avoid funds charging such fees. Major brokers offer tons of mutual funds without a sales load and with very low expense ratios.

Experts recommend finding low-cost funds so you don’t lose big bucks to fees over the course of a career. And it’s not just the direct fees; you’re also losing the compounding value of those funds. Here’s how to calculate how much those fees cost you over time.

For example, if you made a one-time investment of $10,000 in a fund with a 1 percent expense ratio and earned the market’s average return of 10 percent annually over 20 years, it would cost you a total of $12,250. That’s a stunning amount, which you can minimize.

What a good expense ratio is depends on what else is available across the industry. So let’s take a quick look at what’s been happening.

Expense ratios have been falling for years, as cheaper passive ETFs have claimed more assets, forcing traditionally more expensive mutual funds to lower their expense ratios. You can see the figures for both mutual funds and ETFs in the chart below.

There are three key things to note about this graphic.

First, average expense ratios have declined considerably over the past 20 years, whether it’s a stock mutual fund or stock ETF. The fees on stock mutual funds have declined from 0.99 percent in 2000 to 0.52 percent in 2019 on an asset-weighted basis. An asset-weighted basis factors how much is in each fund and weights larger funds more heavily in the calculation.

Second, the unweighted average is actually much higher than this, however. In 2019, the figure was 1.24 percent. If you threw a dart at a wall of mutual funds repeatedly, you’d average about this much. So this is a better measure of the average you’d find if you’re looking randomly.

Third, the expense ratios on index stock ETFs start at a lower level and also fell across the last two decades. Similarly, the asset-weighted average (0.18 percent) in 2019 is lower than the simple average (0.49), indicating that a lot of money is in cheaper funds.

It’s also worth noting that while mutual funds overall had higher expense ratios, a subset of them – stock index funds – had markedly lower fees, as seen below.

So is your fund’s expense ratio good? Measure it against the simple average if you want to see how it ranks overall top to bottom, but measure it against the asset-weighted average to see what many investors are paying for their funds. Ultimately, search for a fund that falls below the asset-weighted average. As far as costs go, the lower, the better.

Some of the cheapest funds are index funds based on the Standard & Poor’s 500 index, a collection of hundreds of America’s top companies. These funds regularly charge less than 0.10 percent and range all the way to free. Yes, you can find funds that charge zero fees.

Investing in funds has become tremendously cheap, and in some cases you can buy index funds with very minimal fees. That’s a huge boon to investors, who can achieve the benefits of diversification even if they don’t follow the market closely and without the previous hassles of constructing a portfolio.