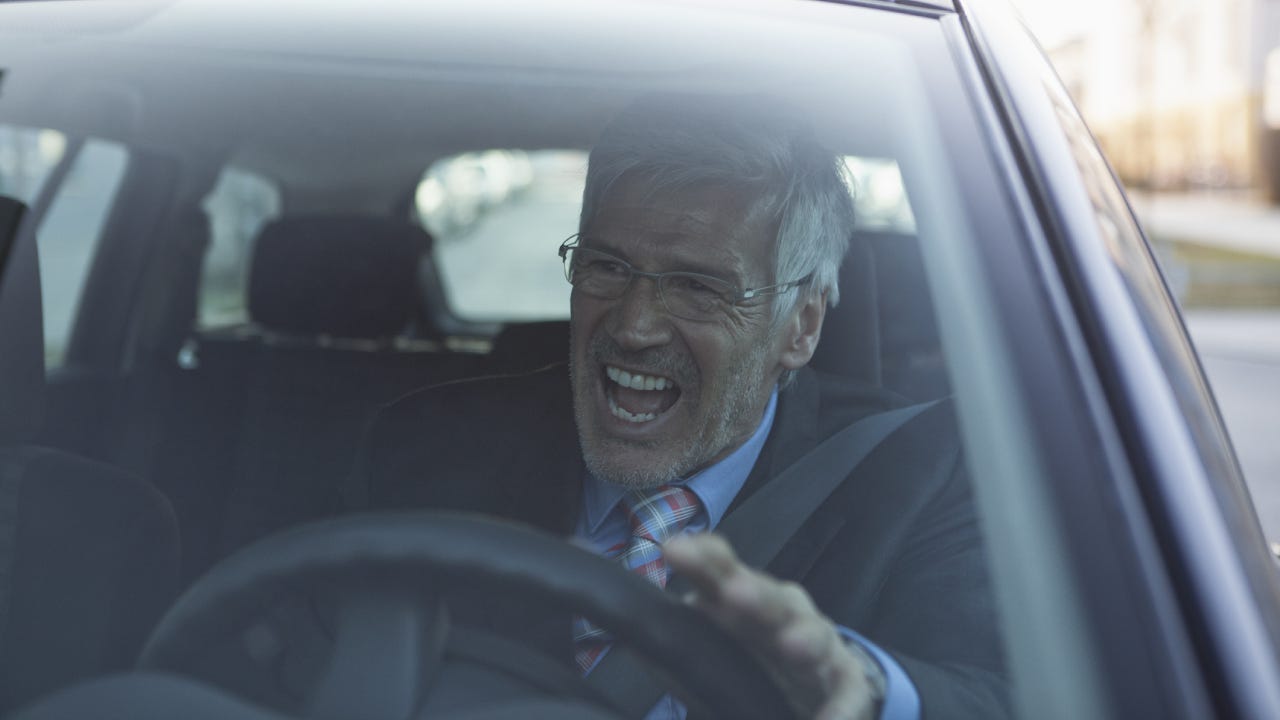 We have all encountered rude drivers on the road. Sometimes, it might seem like your state has more than its fair share. But which states actually have the rudest drives? Bankrate did some research to determine which states could use a little politeness training from the DMV. It seems drivers in California, Nevada, Florida, Oregon and New Mexico are among the rudest. Among the more polite states for drivers based on our research are Vermont, Nebraska, Maine, Minnesota and Delaware.

The rudest drivers by state

Here is our state-by-state ranking of the rudest drivers in the U.S.

*The lower the Rude Driving Score, the higher the ranking for rudest drivers. See our Methodology for more details about how we rated each state.

States with the rudest drivers

According to our research, California has the rudest drivers in the nation. While California is only on one of the lists of states for driver rudeness that we examined, Zippia.com and YouGov.com rank California 5th and 7th respectively for overall general rudeness, which does reflect rude driving behavior as well.

In the case of California, our findings on a high level of rudeness do mirror California’s rankings as one of the worst states for bad drivers. One 2019 study determined that drivers in Sacramento, California, were the actual worst drivers in the nation. These findings support the thinking that reckless and inconsiderate driving combined with a higher than average alcohol involvement can lead to rude driving.

Nevada comes in a close second place for the rudest drivers in the U.S. The state ranks high in all three categories: rude drivers, general rudeness and bad driving. In fact, Nevada ranks second in the 2021 World Population Review’s Bad Driving Index. In addition, the state ranks fourth in the YouGov.com ranking of states according to general rudeness. Combine these, and it makes sense that Nevada ranks ninth in one of our columns above for driver rudeness.

It has been observed that Nevada is a perfect storm of sorts for bad driving, with a rapidly changing population that includes many new arrivals to the state who are perhaps unfamiliar with the state’s roadways. Add to this a heavy tourist industry and, at least in some sections of the state, a party atmosphere with heavy drinking, and it is logical to see high incidences of poor, reckless and rude driving.

Considering Florida also ranks second in the country for the most expensive average annual premium for auto insurance at $2,364 for full coverage insurance, the state might not provide the most hospitable environment for drivers.

New Mexico rounds out our top five states for rudest drivers. While the state did not do as badly in the studies we examined for rude drivers, it did rank as the 21st rudest state, and in the top 20 for both of the worst driver studies we looked at.

States with the least rude drivers

On a more pleasant front, the following states made our list of the top six states with the least rude drivers.

If you want a more polite driving experience, Vermont may be the place to go. While Vermont did rank poorly on one of the rudest driver studies we took a look at, it ranked near the bottom of the list for rudest states and states with the worst drivers. Thus, its ranking as the sixth-worst state for rude driving in the Bryden and Sullivan study appears to be an outlier, which is why we examined multiple studies to determine our own ‘rude driver’ score for each state.

The Great Plains appear to be a friendly place to drive if you are passing through the state of Nebraska, which ranked as the second state with the least rude drivers on our list.
Nebraska did not show up on the rudest driver study we looked at and ranked near the bottom for rudest states and worst drivers.

Maine is near the bottom of all of our rankings for the most rude states and states with the worst drivers, which fits with a similar reputation for moderation the state enjoys. Perhaps the beautiful countryside and a typically slower pace of life contribute to a generally friendlier drive on its roadways.

In January 2021, Minnesota received a ranking indicating it was the state with the best drivers in the United States. This is good news for the state, which only three years earlier was ranked by another source as the sixth-worst state for good drivers. It is also an indication of how quickly things can change and a reflection of the sometimes subjective nature of studies. In our study, Minnesota gets high marks for being low on the rudeness scales.

Delaware rounds our top five states with the least rude drivers. While the state did rank seventh on one of the rudest driver studies we looked at and also appeared in 15th place on the rudest states study we examined, its scores on the other rudest drivers study and in both studies for the worst drivers earned it a spot on our list as a generally friendly place to drive.

To determine the rudest drivers by state, Bankrate examined five separate data studies related to driving rudeness, overall rudeness and bad driving. By adding up each state’s rank in these five studies, we assigned a number value to each state.

Read more From Rick
Rick Hoel is an international business attorney and legal and insurance writer for Bankrate.com, Reviews.com and Accessibility.com. Over the last several years, he has covered topics dealing with personal and commercial insurance and technology and the law. Rick is General Counsel and Director of Risk Management and sits on the Board of Power Stow Americas Inc., a subsidiary of Power Stow A/S in Denmark, the world leader in the supply of tracked conveyor systems to the airline industry.
Edited by
Maggie Kempken
Insurance Editor