Credit unions gain as an alternative

Shopping for a new loan, or a savings or checking account? You have more options than you think. Banks are the predominate place people park their money or get their loans, but credit unions are growing in popularity as consumers thumb their noses at credit unions’ big brother.

According to a March 2012 survey of 5,000 consumers conducted by Pleasanton, Calif., market research firm Javelin Strategy & Research, 11 percent of respondents indicated they would switch their main financial institution during the year. For the first quarter of 2012, membership increased by 667,000, reports the National Association of Federal Credit Unions, an Arlington, Va., trade association.

Although credit unions are an alternative to banks, a decision to switch depends on what you want out of your financial institution. For some consumers, low rates on loans and higher rates on savings accounts are all that matters. For others, it’s all about convenience or accessibility.

“Banks may offer a better opportunity if you need a more sophisticated lending product or investment product,” says Gene Kirsch, senior financial analyst at Weiss Ratings, a ratings firm in Jupiter, Fla. “For everything else, you’re best to shop around. Credit unions are very competitive.”

Who owns banks and credit unions? 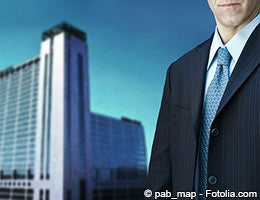 One of the major differences between a bank and credit union is its corporate structure. Banks are for-profit institutions, which means they are in the business to make money and have shareholders to placate. Credit unions are nonprofit and are owned by the members of the credit union, which means their focus is on serving the members.

Banks are conflicted because they have to manage what’s best for the customers with what’s in the best interest of shareholders, says Alix Patterson, chief operating officer at Washington, D.C., research firm Callahan & Associates Inc.

“Banks are designed to maximize shareholder value, which leads to different decisions than credit unions,” she says.

In the past, the corporate makeup of a credit union or bank wouldn’t matter to a consumer who simply wants the best rates, but that has changed in recent months. Fed up with the fees and seemingly bad behavior on the part of banks, consumers pulled money out of banks and into credit unions Nov. 5, 2011, on what has become known as bank transfer day.

How do you join? 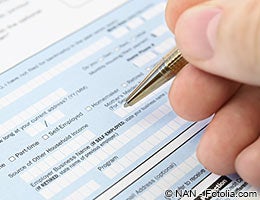 To join a credit union, you have to be part of a specific group, whether it’s working for a certain employer, living in a particular town, or being part of a church or organization. On the other hand, banks are open to anyone.

“Anyone can walk in off the street and join a bank, but as far as a credit union you have to have some common bond to belong,” Kirsch says.

Since you have to have some affiliation to the credit union, it means you may not be able to join the one you want. But it doesn’t mean you can’t become a customer of a credit union, as credit unions increasingly become region-specific rather than group-specific.

“Not everybody can join any credit union, but there’s a credit union for everybody,” says Patrick Keefe, a spokesman for the Washington, D.C., and Madison, Wis.-based Credit Union National Association.

Are rates better at credit unions or banks? 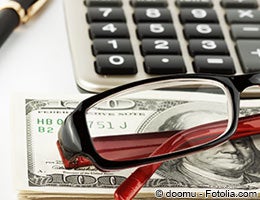 For people who care solely about savings, checking and loan rates, a credit union may make the most sense. On average, credit unions do better on the rates than banks do.

Still, while credit unions typically beat banks on rates, it’s only on the advertised rates, says Keith Leggett, vice president and senior economist at Washington, D.C.-based trade association American Bankers Association. “Banks are willing to beat the credit union, but you do need to go in and ask,” Leggett says.

Because the rates can vary from bank to bank and credit union to credit union, banking experts say it pays to shop around if the best rate is what you are after. Bankrate’s comparison rate tool lets you check current rates at credit unions and banks on banking products across the country. 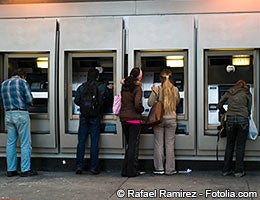 One of the knocks against credit unions is the lack of convenience. While some banks have a branch on every corner, credit unions typically only have one or two branches. At the end of the day, the convenience and accessibility are what truly matter, says Schwanhausser.

On bank transfer day, credit unions succeeded in gaining new members, but many consumers didn’t unplug from the giant banks altogether, Schwanhausser says. For many people, switching means changing their direct deposit, canceling their bill pay and giving up access to branches pretty much wherever they are.

“The main reason is consumers are looking for convenience. Yes, fees do matter, but they are not mad enough to switch,” he says.

That’s not to say credit unions aren’t trying to catch up. While you’ll never see a credit union branch on every street corner of a major city, there is a network of 24,000 ATMs across the country, and credit unions are starting to set up shop in places where consumers frequent, such as the supermarket or convenience stores.