The average rate on 30-year mortgages fell to 6.78 percent this week from 6.81 percent the previous week, according to Bankrate’s national survey of large lenders.

After a steep run-up for most of 2022, mortgage rates reversed course after last month’s news that inflation had slowed to 7.7 percent in October.

“Mortgage rates are about the perception of inflation,” says Dick Lepre of CrossCountry Mortgage in Alamo, California. “Inflation is by no means contained.”

Rates remain well above their 2021 lows, and the continued run-up has roiled the housing market. The Federal Reserve has been moving aggressively to control inflation, and its fourth consecutive rate hike of three-quarters of a percentage point has created upward pressure on rates — while also raising the risk of a recession.

The Fed doesn’t directly set fixed mortgage rates. The most relevant metric is the 10-year Treasury yield, which has bounced around in recent weeks.

The 30-year fixed mortgages in this week’s survey had an average total of 0.43 discount and origination points.

Mortgage experts see rates rising as the Fed continues to fight inflation, but the question is how much.

“The inflation beast has not yet been slain,” says Jeff Lazerson of Mortgage Grader. “Higher mortgage rates slow down the beast.”

As mortgage rates hover near the 7 percent barrier, competition among homebuyers could ease further, though the jump in rates is also squeezing affordability.

The national median family income for 2022 is $90,000, according to the U.S. Department of Housing and Urban Development, and the median price of an existing home sold in October was $379,100, according to the National Association of Realtors. Based on a 20 percent down payment and a mortgage rate of 6.78 percent, the monthly payment of $1,973 amounts to 26 percent of the typical family’s monthly income. A year ago, median family income was $79,900, the median home price was $364,600 and the average mortgage rate was 3.13 percent. Buying the typical home then required just 19 percent of a family’s monthly income. 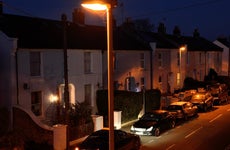 Mortgage and real estate news this week: Getting the best rate in a competitive market, optimizing your refinance 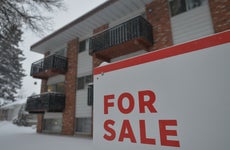 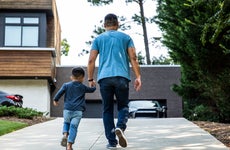 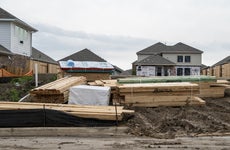 Inflation is back: But does that mean mortgage rates will rise?