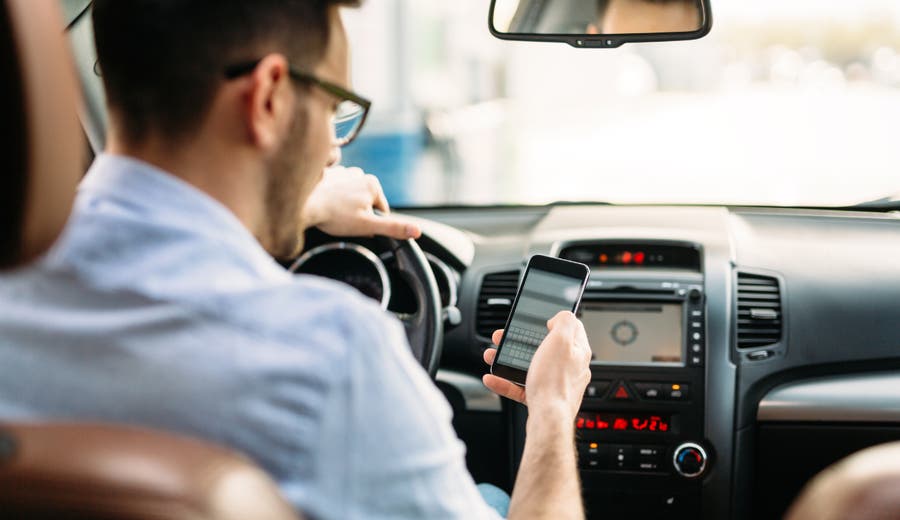 Your credit score isn’t just important for that car loan – it’s also a determining factor when you apply for car insurance. “All states except California utilize credit as a means of determining risk, and if all things are the same when quoting insurance on two different people, credit can easily double the cost if you have a poor credit history,” warns John Espenschied, owner of Insurance Brokers Group in Chesterfield, MO.

If you’re wondering why your credit score is so important, it’s used to predict future behavior. “Credit has been used in the insurance industry since the 90’s to help carriers assess the risk of claims being filed,” says Cynthia Moore of Salzburg Insurance in Norfolk, VA. “Studies show that a risk with a lower insurance score statistically files more claims than those with a higher score.”

Every aspect of your location plays a role in determining your premium amount, from your state to your city and even down to your ZIP code. According to Espenschied, the state where your vehicle is parked or garaged is a huge factor.  “Rates by states can vary by as much as 400%, with Louisiana being one of the highest in the nation,” he says.

So, why do rates vary so much by state? Different states have different rules regarding both the type of insurance and minimum liability amount they require. “Twelve states require personal injury protection (PIP) coverage, which significantly boosts the cost of car insurance,” Espenschied explains. “These states are known as No-Fault states and require your insurance company to pay for your bodily injury if you are involved in an accident regardless of fault.”

But that’s not the only reason your insurance may vary depending on location. “Drivers who live in an area with severe weather may be charged larger premiums,” according to Jeff Briglia, Chief Insurance Officer at Metromile in San Francisco, CA. For example, the NICB reported that more than 422,000 insured vehicles were damaged by Hurricane Harvey; there were 300,000 claims after Hurricane Katrina, and 250,500 following Superstorm Sandy.

And your car insurance rates can also be affected by another location factor. According to Moore, your garaging ZIP code provides details of population size which can impact the likelihood of thefts and accidents.

Your insurance history affects your car insurance rates in two separate ways. Prior insurance shows that you’ve continually maintained insurance – which is required by every state but New Hampshire, according to Espenschied. “People who drive with no insurance and then decide to buy insurance have a much higher likelihood of canceling, especially if purchased simply to renew license plates or go to court to show proof of insurance,” he explains. However, if you have five or more years with one insurance company, Espenschied says it will typically qualify you for better rates. “It shows longevity and willingness to keep insurance year after year.”

But even with a long insurance history, careless driving habits can negatively impact your premiums. “Understandably, if you’re an accident-prone driver, there’s a greater chance you’ll make an insurance claim, making you expensive to insure,”  according to Fabio Faschi, property & casualty team lead at Policygenius in New York, NY. “But if you haven’t been in an accident or had to make a claim, or even have made very few (and you don’t have DUIs), you are classified as a low-risk driver and charged lower rates.”

During your lifetime as a driver, your rates will go up, come down and go back up – based solely on your age. Teen drivers have four times as many crashes as drivers who are 20 or older, according to the IIHS. This is often a result of inexperience and risky habits. At the other end of the spectrum, the Institute reports that drivers over the age of 70 have higher crash rates than middle-aged drivers – although still not as many as young drivers.

Gender also plays a factor and young men are less likely to wear seatbelts, and more likely to buy faster vehicles and speed. “Men typically have higher premiums than women, especially in the under 25 category,” according to Moore. “Rates stay level between 30-65 and then, with most carriers, you will start to see an increase in rates for drivers over 65, and especially over 75,” she says. When asked why, Moore says that studies show older drivers have a slower reaction time and decreased vision, causing more claims.

You would probably expect a new vehicle to cost more to ensure than an older one, but it’s not that simple. “Newer cars are more complicated to build, which means they’re harder to repair and more expensive to insure,” says Faschi.  On the other hand, a newer car can be cheaper for other reasons. “For example, if you replace a 2012 model year with a 2019 model year that has more safety features, the premium would often be lower,” according to Moore.

In addition to newness, size also plays a role. “Small SUVs are the least expensive to insure, while small sedans are the most expensive,” Faschi explains.

Ways to lower your insurance premium

Opt for a higher deductible: Your monthly payment will be lower, but you’ll pay more out of pocket if you’re in an accident. “This can work for some people, but if you don’t have an emergency fund that can cover you in case you’re in an accident, this may not be the best option for you,” says Faschi.

Drew Scott, senior vice president of Scott Insurance in Stratford, CT, says this can be a helpful approach, but to see real savings, you’ll need to opt for a higher deductible for several vehicles.

Reconsider your claims: Espenschied advises against filing unnecessary small claims. “Anytime you call your insurance company directly the first question they are going to ask is, ‘What’s your policy number?’ and after that it doesn’t matter much because they are listing any call as an incident.” Even if no money is paid out, Espenschied says all claims – even zero pay-out claims – cost time, money, and energy to investigate. “Make sure to have a discussion with your insurance agent or broker about the claim to see if it’s worth filing, since having a claims-free history with your car insurance company can really save you some money in the long run.”

If someone dings your car, Espenschied recommends trying to file a claim with their insurance company before attempting to contact your company. “Chances are, the other party will be willing to pay you directly for a small claim so that they don’t have to have it on their record at renewal time.”

Add safety features: If your car doesn’t have adaptive headlights, anti-theft devices, blind spot detection, rear-view cameras, and anti-lock brakes, Faschi recommends adding these safety features to get a lower rate. “Safety features lessen the likelihood of getting into an accident and having to make an insurance claim,” he explains.

Shop around: What do you have to lose by shopping around each year before renewing your policy? “According to our analysis, 89% of Americans do not shop for car insurance when their term ends, missing out on $741 in potential savings every year,” says Briglia. “Some insurers do not charge fees or penalties for early termination, so it can pay to shop around regularly and switch car insurance policies.”

It can have a positive effect. “Carrying higher than state minimum liability limits can qualify you for lower car insurance rates because it shows your understanding of the need for more liability protection than just the minimum,” says Espenschied.

Can how often and how far you drive make a difference in your rates?

“Yes. Drivers who do not use their cars much can benefit from lower prices,” says Briglia.

“Being married impacts your premium the most when you are under 30,” says Moore. “Once you are over 30, the married premium isn’t significantly different at all – if there is any difference at all.”