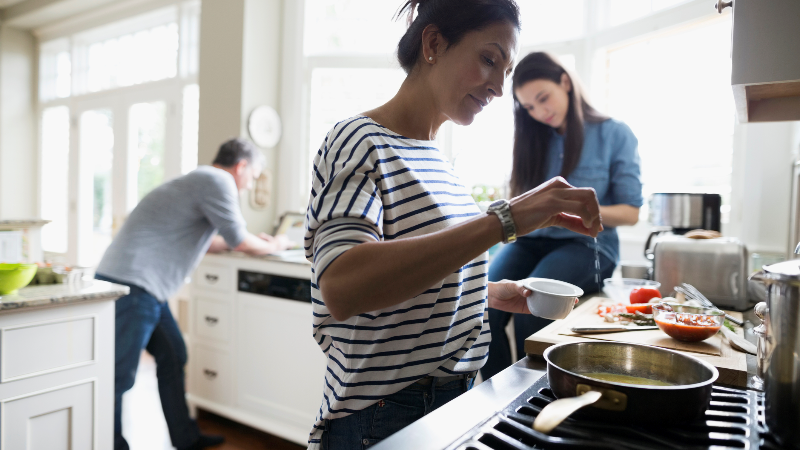 Homeowners insurance rates vary by a lot of factors, and how much you pay may be a lot more than someone a state away.

However, homeowners insurance costs are based off of more than what state you live in. They also include factors such as the location and condition of the home, personal information like your credit score and marital status and policy factors like discounts and the deductible.

Additionally, the insurance provider you choose impacts the cost of your premium. This is because each provider weighs the above variables differently with a pricing algorithm, which is why it’s so important to shop around if you’re looking to save money.

However, we can go even deeper. Keep reading if you want to learn more about the true cost of homeowners insurance.

How much is homeowners insurance? It depends, but the national average for home insurance is $2,305. Some states pay a lot more, while some a lot less.

However, keep in mind that this is based off of a home valued with $300,000 in dwelling coverage and personal liability and with a $1,000 deductible. Lower or raise your deductible, and the cost you pay for homeowners insurance will change.

How much is the average in your state?

Here is a breakdown of the average home insurance cost based on coverage amounts. You should start by choosing a dwelling coverage that most closely matches your home’s value.

The term “homeowners policy” typically refers to a set of insurance coverages that protect your home. Each policy provides specific protections, which combined help guard against substantial financial loss due to fire, storms, theft, vandalism and legal liability. The most common forms of home insurance policies include:

The most expensive and cheapest cities for homeowners insurance

Homeowners along the Atlantic and Gulf coasts pay higher home insurance rates due to the frequency of devastating storms. Among other factors, insurance companies base rates on the actual and anticipated claims they pay following catastrophic events, including floods, hurricanes and tropical storms.

As expected in Florida, weather-related claims cause high rates. In addition, the Sunshine State is also known for high incidents of fraud, perpetrated by unscrupulous contractors, who exploit insurance companies following natural disasters. Dodgy contractors carry out the scam by asking homeowners to sign an assignment of benefits (AOB) form, which gives the contractor the power to bill insurance companies directly for their materials and services. Dishonest contractors inflate their costs and insurance companies often pay rather than face costly legal expenses.

According to the Florida Consumer Protection Coalition, AOB scams increased by more than 900 percent from 2008 to 2018. In 2019, the Florida Senate passed legislation aimed at curbing AOB scams. The bill became law on July 1, 2019 and requires insurance companies to provide detailed data regarding claims over the coming years.

Oceano, California has the second lowest home insurance rates. This is for a variety of reasons, one of which is it’s a small town with a low population. The second of which is that the state of California has more laws to protect policyholders than any other state. Like Hawaii, it limits the things insurance companies can do to increase their profits. For example, though it does not necessitate that all providers include earthquake protection as a part of a standard policy, it does mandate that insurance providers must pay for fire damages that are a result of earthquakes.

Insuring your home is a gamble for an insurance company. Certain types of houses – and houses located in certain areas – create a higher likelihood the company will have to pay claims. Insurance industry statistics paint a clear picture of why companies charge higher premiums for some types of houses. Understanding rating factors should guide you when shopping for a home. And don’t forget to consider some ways to help keep your homeowners insurance costs down.

Proximity to the nearest fire department

Fire departments responded to fires in the United States every 24 seconds in 2018. House fires occur every 87 seconds in the United States. In that same year, more than 380,000 residential properties burned. According to the Insurance Information Institute, structure fires caused over $11 billion worth of property damage in 2018. Insurance companies rate homeowners premiums based on proximity to a fire station, because rapid emergency response often minimizes damage. The quality of your local fire service also plays a role in your homeowners rate. Homeowners living in rural areas, or those serviced by volunteer firefighters, often pay higher insurance premiums.

Proximity to the nearest coastline

Inland homes typically have much lower home insurance rates than coastal dwellings. In fact, some private insurance companies will not insure houses near coastlines, which leaves homeowners uninsured or dependent on government-sponsored insurance programs.

Age of the house

Condition of the home’s roof

Quality of the home’s construction

Many homeowners policies do not cover the expense of bringing a home up to current building code following a calamity. For example, an older home may not meet current code for insulation or grounded electrical outlets. If the home burns, its owners may have to pay out of pocket for repairs that involve bringing it up to code. Insurance companies offer an Order of Law endorsement, which can help pay for expenses related to code upgrades made during covered repairs.

Features such as hot tubs and swimming pools make a home more special, but they also increase homeowners insurance rates because they raise repair and replacement costs and add liability risks. Homes with recreational features need higher liability coverage in case a guest sustains an injury.