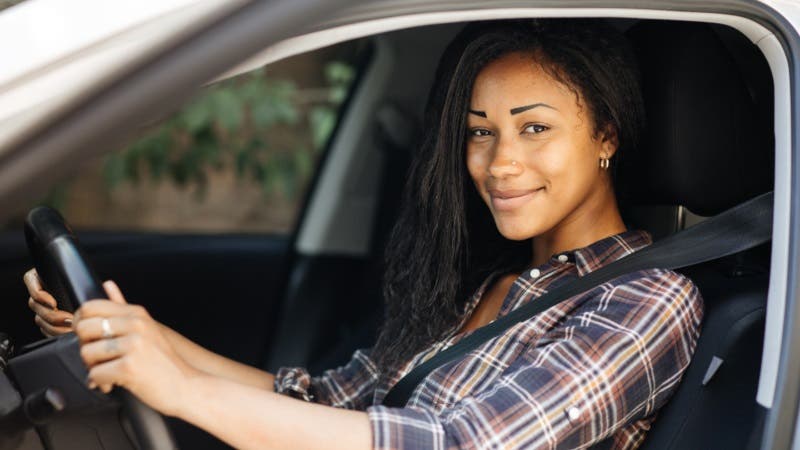 In some states, insurance companies are allowed to use gender as a rating factor for calculating car insurance premiums. For women, the national average annual cost for full coverage car insurance is $1,532, according to 2021 rates pulled from Quadrant Information Services. Understanding if, how and why your gender affects your car insurance and what you can expect to pay on average in your state might help you make a more informed decision about your coverage.

In most states, vehicle owners are required to carry at least a minimum amount of car insurance mandated by the state. Women who own or operate vehicles regularly are required, like all other drivers, to have a car insurance policy that meets the state minimum requirements if applicable. In most areas of the country, your gender will be used as a rating factor when determining how much you pay for car insurance coverage. Your gender is just one of many rating factors that could be used; other rating factors include your driving history, the type of vehicle you drive, credit score in some states and the coverages you choose.

However, seven states — California, Hawaii, Massachusetts, Michigan, Montana, North Carolina and Pennsylvania — do not allow insurance companies to use gender as a rating factor in auto insurance rates. Male and female drivers in these states might pay close to the same amount for coverage, assuming that all other rating factors are equal.

How much do women pay for car insurance?

Younger drivers, in general, tend to pay more for insurance. The more experience you have on the road, the more likely an insurance company is to view you as a low-risk driver.

Your geographic location also plays a role in how much you will pay for car insurance. Each state has different insurance laws, and the likelihood of getting into an accident and the severity of those accidents can vary.

*These states do not allow gender to be used as a rating factor.

Most expensive states for women

Michigan does not allow gender to be used as a rating factor in car insurance premiums, but the state is already the fourth-most expensive state for full coverage car insurance, according to Bankrate’s study of average annual quoted premiums.

Do women pay more for car insurance than men?

It depends on how old you are (in most states), where you live and even your marital status in some cases. Some data reflects that women pay more for car insurance than men, which is true in some cases. At some ages and in some states, women pay more than men, but the reverse is also true. In some states, including Connecticut, Maryland and Washington, women pay less than men, on average. Men are typically considered to be riskier drivers than women. Statistics show that men tend to get into more accidents and more severe accidents than women.

However, although your gender likely impacts your premium (depending on where you live), other rating factors will have a much more significant effect. For example, a woman with a clean driving record is likely to pay less than a man with several accidents, tickets or DUI convictions. Similarly, a woman insuring a high-end luxury car for full coverage will probably pay more than a man insuring a more modest vehicle.

How to find cheap car insurance for women

Finding cheap car insurance may be a priority for many women. Luckily, there are things you can do that might help control your insurance premium.

You will likely pay significantly less for auto insurance if you practice safe driving habits. Accidents, tickets and DUI convictions can raise your insurance rates significantly. Keeping a clean driving record helps you avoid these surcharges.

Getting quotes from several companies can help you find the coverage you need at the most competitive price. Each insurance company has its own rating algorithm, which weighs your rating factors differently, which means that rates can vary significantly between companies.

Most insurance companies have discounts that might help you save. Taking advantage of the discounts that you qualify for could lower your premium. Although each company and each state has different discounts, some common discounts include bundling your home and auto insurance with the same company, taking part in a telematics program and paying in full.

What is the best car insurance company for women?

Every woman brings a different situation to car insurance, and women will each have different wants and needs from their policy and company. There is no single best car insurance company for all women. Getting quotes from several companies can be a useful way to find the company that is right for you.

What age does car insurance go down for females?

Around age 25, women should typically start to see their car insurance premiums decrease if they have maintained a clean driving record. Teenagers and young drivers typically cost more to insure due to their lack of experience; car insurance companies view young drivers are more likely to get into an accident than their adult counterparts.

What do I need for a car insurance quote?

Requesting multiple quotes from car insurance companies can be time-consuming but crucial to ensuring you’re able to see all your options before making a decision. To make it a little easier, be prepared to share all names, birthdays and driver’s license numbers of the drivers who need to be included on the policy, as well as the year, make, model and vehicle identification number (VIN) of the vehicles you want to insure. If you have an idea of what coverage options and limits you want, this can also speed up the process, but insurance agents can also help tailor a policy to your needs if you’re unsure.

Age: Rates were calculated by evaluating our base profile with the ages 18-60 (base: 40 years) applied. Depending on age, drivers may be a renter or homeowner. Hawaii and Massachusetts do not allow age to be used as a rating factor when calculating insurance premiums.

Gender: the following states do not use gender as a determining factor in calculating premiums: California, Hawaii, Massachusetts, Michigan, Montana, North Carolina, Pennsylvania.