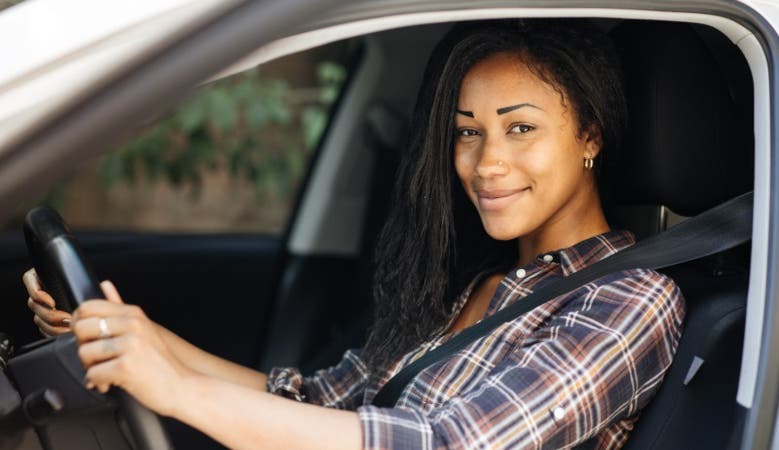 If you’ve ever shopped for car insurance, you know how vastly insurance rates can differ between providers and how difficult it can be to find cheap car insurance. This is because insurance providers use a series of parameters to determine the rate that each individual will pay.

Which parameters are used – and the weight each one carries – depends on the company, but they generally include driving history, credit score and demographic information such as location, age and gender.

I thought car insurance for women was cheaper…

It’s a common misconception that car insurance is cheaper for women. While it’s true that teenage males pay some of the highest insurance rates, this trend stops once the driver reaches adulthood. In fact, in most states, women pay significantly more for auto insurance than men overall.

The data behind the claim

Several studies have found that women pay more for car insurance in most states – up to several hundred dollars each year. But this trend is fairly recent. Two consecutive studies by The Zebra found that while women only paid more for car insurance in 12 states in 2016, just two years later in 2018 this number had skyrocketed to 25 states. Across all states, women pay an average of $10 more per year for their insurance, according to The Zebra.

It’s also important to consider the impact of age on car insurance rates. According to research by Finder.com, women have cheaper car insurance on average until they reach middle age. Men pay an average of 17% higher rates than women until they turn 18. After the age of 30, the difference is only 5%.

Risky driving practices might not be the cause –– so what is the real cause?

Many experts point out the fact that men are statistically riskier than women when it comes to driving behaviors. Since car insurance companies charge more to insure drivers who carry higher risk, it seems counter intuitive that women would end up paying the higher rate.

A 2017 IIHS study found that male drivers were more likely to be involved in many different types of fatal crashes in the United States. Here’s what the data says:

However, even with data that shows that men are riskier drivers, there’s really no reason that the insurance industry has given for why women are seeing increases in insurance rates in recent years, according to research from the Pew Charitable Trusts Foundation.

The best and worst states for car insurance rates for women

Even with the growing trend, women don’t pay more than men for car insurance in every state. There are some states in which men are charged more by their insurance company, plus a handful of states have laws in place to prevent insurers from pricing coverage based on gender at all.

Here is a deeper look at the top five best and worst states for women to buy car insurance:

Wyoming
Wyoming is the best state for women to purchase car insurance, according to The Zebra. Women pay $47 less than men here for comparable auto insurance policies. However, the gender gap is closing; in 2016, the cost difference was $55 annually.

Rhode Island
Women are charged $42 less per year than men in Rhode Island for auto insurance. This number has gone down since 2016, when women paid $53 less than men.

South Carolina
In 2016, women in South Carolina only paid $11 less than men for car insurance. But that number nearly quadrupled in 2018. Female drivers now pay on average $41 less than their male peers.

Georgia
Women in Georgia pay $27 less annually for auto insurance than men. This is significantly less than in 2016, when the difference was $44.

Tennessee
Tied with Georgia, female drivers in Tennessee also spend $27 less on car insurance than men. This is a good deal; in 2016, women in this state only paid $8 less per year for insurance.

Nevada
If you’re a female driver in Nevada, get your wallet ready. Women in the state pay an astounding $121 more than men for car insurance. The cost disparity has multiplied more than eight times since 2016, when it was just $14.

Michigan
Women in Michigan are quoted $79 less for car insurance than men. This is a pretty big difference, but it’s down from 2016, when women paid $88 more. Still, many argue that the difference should be nonexistent, since Michigan law prevents insurers from determining insurance rates based on sex or marital status.

Oregon
In Oregon, women pay an average of $71 more for car insurance. This is another state where the gender gap has grown; in 2016, the difference was just $13.

Utah
At $61 per year, female drivers in Utah pay significantly more for auto insurance than male drivers. The difference has doubled since 2016, when it was $33.

Minnesota
Minnesota is the fifth worst state for women to purchase car insurance, where they can expect to pay $55 more per year than men. In 2016, the cost disparity was only $34, although at the time Minnesota was one spot higher on the list as the fourth worst state for female drivers.

How to save money on car insurance

Despite the data on women’s car insurance rates showing that the gap is growing in many states, gender has an overall minimal impact on most car insurance rates. Fortunately there are some other options for you to lower your monthly premium. Here are a few ways to save money on car insurance, whether you’re male or female:

You’ll pay significantly less for insurance if you practice safe driving habits. Accidents and tickets can raise your insurance rates, so many sure to always drive safely. It also helps your insurance premium maintain a good credit score.

The best rates are always found by shopping around with multiple insurance providers. Go with the most competitive rate you can find for the right amount of coverage you want.

Your insurance provider should have a list of discounts available to policyholders. Ask which discounts apply to you, and see if there are any additional discounts you could qualify for. For example, you might save money by installing a safe driving app on your smartphone, or by switching to a low-mileage insurance plan.

Opt for a car that costs less to insure

Some cars are cheaper to insure than others. Generally, used cars cost less to insure than new cars. However, the make and model of the car you drive will also have a significant impact. The Honda Odyssey LX and Jeep Wrangler Sport are two of the least expensive cars to insure according to Bankrate’s guide to the cheapest cars to insure in 2019.