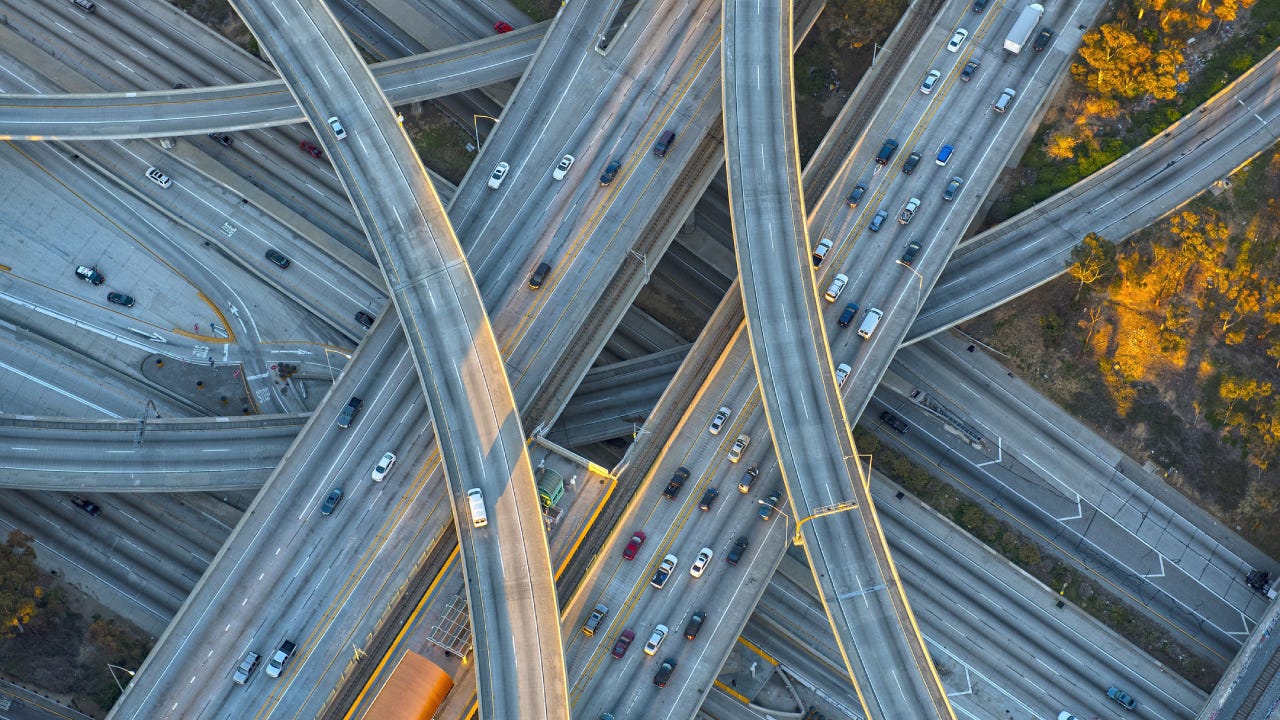 Sara Coleman
Edited By
Mariah Posey
Edited by
Mariah Posey
Insurance Editor
Mariah Posey is an auto and homeowners insurance writer and editor for Bankrate.com. She aims to make the insurance journey as convenient as possible by keeping the reader at the…

A $3.5 trillion budget resolution was passed by the Senate on August 11th and the votes were cast among party lines. This budget resolution is significant not only because of the price tag, but because its passage includes a deadline of September 27th for a vote on the infrastructure bill, which also passed with bipartisan support.

Breakdown of the infrastructure bill

Lawmakers are targeting major projects within the nation’s infrastructure. The largest portion of the massive resolution is dedicated to roads and bridges, currently around $110 billion. The infrastructure bill also includes roughly, as outlined by NPR: 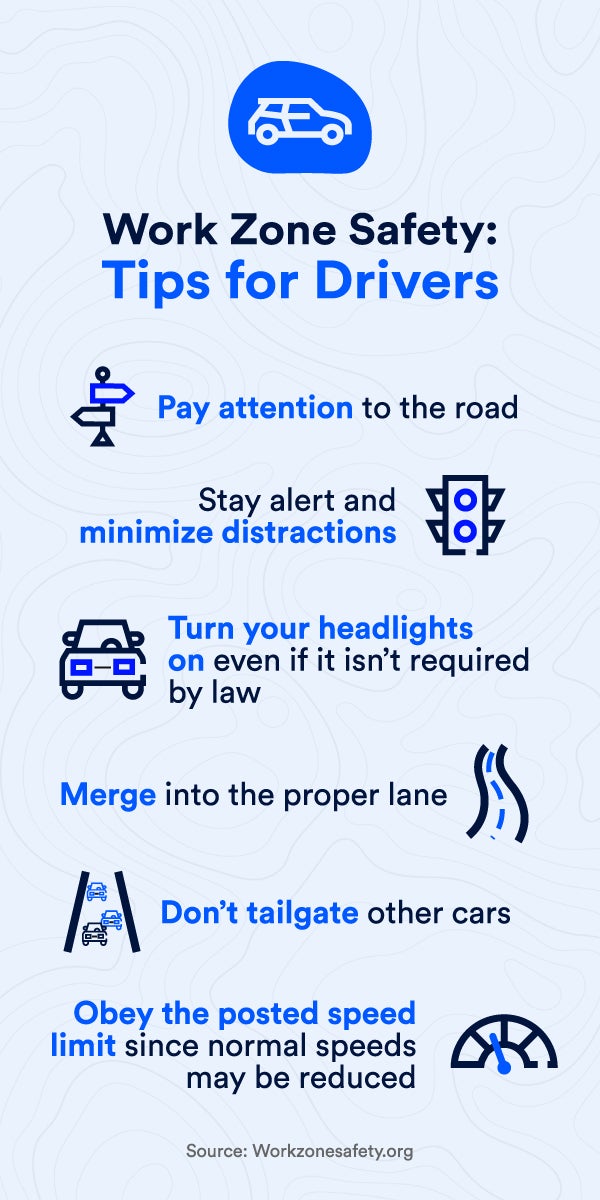 Be prepared in case of an accident

With increased road work comes an increase in potential hazards on roadways. It helps to prepare for any accident or car emergency by carrying the following essentials:

As traffic continues to increase on the roads, it can create a more dangerous environment for the work zones. 842 work zone fatalities occurred in 2019, nearly one-quarter of which were due to rear-end collisions. Car accidents in work zones have killed more than 3,500 Americans between 2015 and 2019 alone.

It is up to drivers to take responsibility for their road safety and watch out for road workers. However, there are best practices for road workers to adhere to increase their own safety within their work routine, such as:

Statistics on increased risk of accidents

Distracted driving leads to a series of vehicle accidents, but traffic volume is another leading cause. The statistics surrounding the number of accidents in work zones highlight the continued need for drivers to use extreme caution when in these areas.

Work zones, by nature, can make driving more hazardous. Workers are especially at risk since they typically stand in the middle of the road or nearby moving vehicles. Consider these facts regarding accidents and safety in the work zones:

Work zones present several potential hazards, including distracted drivers, limited visibility and drivers who do not obey the posted speed limit. For example, in 31% of work zone accidents, speeding was a direct cause of the fatality.

The infrastructure bill addresses an overdue updating of the country’s bridges. Right now, many bridges have limited capacity, which means high traffic on these bridges results in vehicles being closer together than they would be on the highways. Bridge-related accidents represent a significant portion of vehicle crashes. Statistics show an alarming number of accidents and fatalities that involve bridges, including:

You may be surprised to learn data shows public transportation may offer more safety benefits versus other types of transportation, such as passenger cars.

The proposed infrastructure bill brings much-needed attention to the roads and bridges across the country, particularly those in dire need of updates. Assuming the measure passes, there could be more work zones across U.S. roadways and bridges. Drivers are ultimately responsible for paying attention and adhering to increased safety standards in these work zones, which helps keep both drivers and workers safe. Remaining distraction-free and paying close attention to lane changes, merges and decreased speed limits are a few examples of how drivers can be more responsible in work zones.

The next few weeks will likely bring plenty of updates and changes to the infrastructure bill. Although it still has to receive approval, the bill seems likely to go into effect. No matter the timeline for updates to begin, drivers who pay careful attention to work zone workers and safety rules help create a safer environment for all involved.

Read more From Sara
Sara Coleman has three years of experience in writing for insurance domains such as Bankrate, The Simple Dollar, Reviews.com, Coverage.com and numerous other personal finance sites. She writes about insurance products such as auto, homeowners, renters and disability.
Edited by
Mariah Posey
Insurance Editor