The automotive industry is nearly unrecognizable from its inception in the late 1800s and early 1900s. Auto manufacturers recently pioneered the self-driving vehicle, which comes with automatic steering, braking and acceleration; parallel parking assistance, which displays an aerial view of your vehicle and its parking spot; backup cameras, which help drivers avoid rear collisions; and built-in GPS systems.

So many of these advancements would not have been possible without Black Americans’ achievements in science and engineering. And yet, the contributions of Black engineers, designers and innovators have not always been given due credit. Historically, the patent process in the United States has favored white Americans, and at times, Black inventors were unable to secure patents. Despite a variety of barriers to overcome, Black innovators pushed to create some of the most important innovations of the automotive industry, many of which have contributed to the industry’s most recent advances. Bankrate examines just a few of the notable Black inventors whose work helped set the stage for the technology we all enjoy today.

George Washington Carver was born into slavery on a Missouri farm in 1865. Despite his difficult beginnings, Carver went on to be the first black student and faculty member at Iowa State Agricultural College. Later, Carver accepted a post at the Tuskegee Institute in Alabama, one of the first African American colleges in the United States. During World War I, Carver invented hundreds of industrial products from agricultural raw materials like peanuts, soybeans and sweet potatoes. These products included inks, dyes, wood stains, linoleum, flour, milk and medicinal oils.

Carver was a close friend of Henry Ford of the Ford Motor Company, and, in 1942, Carver visited Ford in Dearborn, Michigan to collaborate on several agricultural and industrial projects. World War II military needs created shortages of raw materials, including rubber, for use in the private economy. Carver, using his extensive knowledge of botany, created a synthetic rubber made from sweet potatoes. The innovation of synthetic rubber was an important one for the automotive industry. Today, more than two-thirds of rubber used for manufacturing is created synthetically, rather than harvested organically.

As the son of two previously enslaved persons, Black inventor Garrett Morgan had to contend with this historically unequal patent system. But these systemic obstacles didn’t stop Morgan from filing and winning a patent for the first three-bulb stoplight.

Morgan was the owner of a successful garment shop and Black newspaper in Cleveland, and earned enough money to own a vehicle at a time when many people were still using bicycles, horses and carriages.

He noticed that the streets were crowded with various forms of transportation, and the traffic signals were primitive, simply displaying the words “Stop” or “Go” with no transition between the two. Since these signals didn’t notify drivers to slow down before the “Stop” signal, accidents were common. This mayhem inspired Morgan to invent the interim “All Hold” cue, the predecessor of today’s yellow light.

Morgan won a patent for his invention, a T-shaped pole with three settings: “Stop,” “All Hold” and “Go.” General Electric then bought the rights to his invention for $40,000. Today, the iconic red, yellow and green traffic light is an integral part of the driving experience.

Frederick McKinley Jones was born in 1893, nearly 20 years before refrigerators were commonplace in the United States. He started out as an automotive mechanic. During World War I, he used his technical knowledge to aid the U.S. Army by fixing machinery and other equipment as part of the war effort.

During the Second World War, Jones created and patented technology to refrigerate freight trucks. This technology was revolutionary, as it allowed large trucks to transport perishable goods over long distances. The technology was then used in boats, trains and planes, which increased the availability of food worldwide. Suddenly, the United States was able to ship perishable fruits and vegetables to troops overseas. Exotic fruits like pineapples could now be shipped from Latin America and West Africa to the United States. People were no longer bound by eating only local and in-season foods. Thanks to refrigerated transportation, food from all over the world could be transported without spoiling.

This technology became one of the cornerstones of the commercial driving and freight industries. Without this technology, global food trading could not have grown into the $9 trillion industry it is today. Instead, local foods would have remained siloed in local markets.

Throughout Frederick Jones’ life, he was awarded more than 60 patents and was the first Black man elected to the American Society of Refrigeration Engineers. After his death, he won the National Medal of Technology.

The Bronco is an internationally recognizable vehicle. But did you know one of this iconic SUV’s primary designers, McKinley Thompson Jr., was the first Black designer hired at the Ford Motor Company?

McKinley Thompson Jr. grew up in Queens, New York, and earned a degree in transportation design from the ArtCenter College of Design in Pasadena, California in 1956. After he graduated, Thompson was hired as the first Black designer at Ford Motor Company. He worked on several major design projects, including helping create the Mustang, Bronco and Thunderbird. These designs have been studied through the decades and recognized as some of the most iconic American vehicles of all time. Modern critics note Thompson’s talent for combining beauty with functionality in his designs.

Thompson’s innovations have withstood the test of time. His designs have been studied by new automobile designers, and new generations of the Mustang and Bronco are still being created and purchased today.

Founded in 1915 by Charles Richard Patterson, C.R. Patterson & Sons was the first and only Black-owned car manufacturer of its time. Despite his difficult beginnings enslaved on a plantation in Virginia, Patterson eventually made it to Ohio and began working with a white carriage maker named J.P. Lowe.

Eventually, Patterson and his son Frederick became sole proprietors of the business and renamed it C.R. Patterson and Sons. Their business was prosperous, producing 28 different carriage models and employing between 35 and 50 employees of all races.

When Charles Patterson passed away in 1910, his son, Frederick, took over the business and began offering automobile repair services. In 1915, the company started producing automobiles and released its first model, called the Patterson-Greenfield. The vehicle was priced at $685.

Spikes also won patents for revolutionary inventions like the automatic car wash, automobile directional signals and the automatic transmission. In the 1930s, he sold the rights to his automatic gear shift and transmission for $100,000. Today, that sum would have the purchasing power of about $1.7 million.

The United States patent system has long discriminated against Black innovators. A Harvard University study reported that white Americans are still more than three times more likely to be inventors than Black Americans.

Two of the inventors featured above were born into slavery. After slavery was abolished, previously enslaved persons were typically freed without education or money, which limited their ability to become engineers or put resources toward research and experimentation.

Even African Americans who weren’t directly enslaved were forced to contend with obstacles such as the Dred Scott holding, which stated that descendents of enslaved persons were not citizens of the United States. Since non-citizens couldn’t apply for a patent in the United States, Dred Scott prevented many Black Americans from getting a patent.

After Dred Scott was overturned, many Black Americans still experienced discrimination when it came to patent approval. Nevertheless, these Black innovators overcame discrimination and legal barriers to pioneer advancements in the automotive industry. The electric vehicles, self-driving cars, advanced safety features and automation of today would not be possible without the African American forefathers of the auto industry. 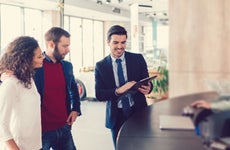 Is Black Friday a good time to buy a car? 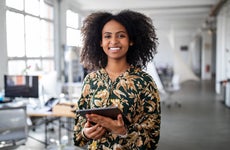 Investing in the Black community 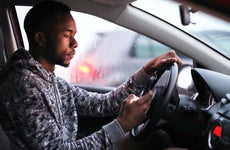 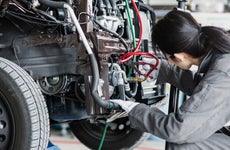