In a basement at the Stanley Hotel in Colorado, paranormal investigator Lisa Nyhart pulls out equipment that uses radio frequencies to monitor “electronic voice phenomena” — words, sounds and noises that supposedly come from the great beyond. Her guests on the hotel’s ghost tour huddle close as she calls out into a dark hallway, addressing spirits by name in a firm but friendly voice.

Ghost tours have become big business in recent years, helped by TV shows such as the Travel Channel’s “Ghost Adventures.” People pony up various sums for evenings of spooky storytelling organized by enterprising operators who have developed walking tours around all kinds of historic haunts, from Victorian mansions in the Deep South to underground tunnels in the Pacific Northwest.

Paranormal tourism seems to thrive in educated, literate, high-tech societies, notes Tobias McGriff, an author and the founder of Blue Orb Tours in Savannah, Ga. “People immersed in these cultures seem to always be at a deficit for something more, spiritually,” he says. “Ghost tours offer a great way to meet those needs.”

With Halloween approaching, we take a look at a few chilling places that claim to offer haunted jaunts among the undead. 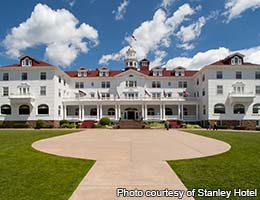 Located in Estes Park, Colo., a resort town near Rocky Mountain National Park, the venerable Stanley Hotel has earned a reputation as one of the country’s most spirit-ridden buildings. Stephen King wrote “The Shining” after spending the night in room 217. The popular Syfy network show “Ghost Hunters” has filmed there. And every year, thousands of believers and wannabes converge upon the property to test their inner skeptic and decide what they really think about ghosts. On Facebook, the hotel encourages guests to send in stories and photos of any otherworldly encounters on the property.

What you see: Besides room 217, haunted areas of the hotel include the fourth floor, where people have claimed they heard children laughing or running in the hall; the music room, where the original owner’s wife, Flora, is said to sometimes play her piano; and the ballroom, where apparitions have allegedly been spotted.

Most haunted stop: Although room 217 is the most notorious, the Concert Hall has the most paranormal activity, says onsite investigator Nyhart. “We have more nights with activity than not,” she says. “It’s a Disneyland for spirits.” 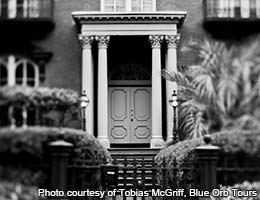 Few cities seem as spooky as Savannah, Ga., where Spanish moss hangs from the trees and the genteel homes look downright eerie in the lamplight. Blue Orb’s 18-and-older midnight Zombies Tour celebrates ghostly legends not only from the city’s Colonial period but also from the local “Conjurer” community, whose members are descended from West African slaves.

“The name ‘zombie’ is taken from the Conjurers’ term for ghost,” says McGriff, author of “Savannah Shadows: Tales from the Midnight Zombie Tour.” “Conjurers believe in both a spiritual and physical zombie. The spiritual version is what we would call a ghost.”

What you see: Calhoun Square (which sits atop what’s believed to be the largest slave cemetery in the U.S.); Old Candler Hospital (Georgia’s first hospital); and the Mercer-Williams House, made famous in the book “Midnight in the Garden of Good and Evil.”

Most haunted stop: 432 Abercorn. “It is referred to as Hag House and has an iconic following,” says McGriff, who was interviewed about the site for the Syfy series “Haunted Highway.” “It is believed to be infested with ‘the hag,'” a shape-shifting spirit.

Alcatraz has hold on fright fans 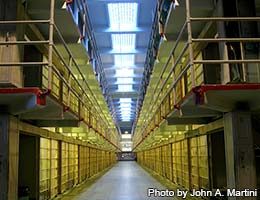 Technically, the infamous prison of San Francisco isn’t haunted, says spokeswoman Tegan Firth. “There were never executions at Alcatraz and, except for maybe a guard’s family’s pet goldfish or hamster, no gravesites,” she says.

But it’s a foreboding place, and that drives thrill-seekers to sign up for night tours of the island, which is operated by the National Park Service. Although people on the night tours see the same sights as they would during the day, capacity is restricted — so you are more likely to feel the isolation felt by the prison’s luckless inhabitants.

What you see: Guard barracks, used when the prison was in service; and the cell house, which includes the morgue, cafeteria, library, recreation area and visitors area. The tour also includes the warden’s office.

Most haunted stop: “The thing people find spooky about Alcatraz, especially in the evening, is the stillness,” Firth says. “Despite being in the middle of one of the busiest bays in the world, you feel very alone and it is very quiet. Add some San Francisco fog and the distant foghorn, and the experience can make a person’s imagination wander.” 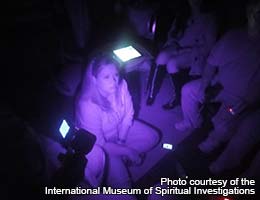 With 51,000 casualties for the Union and the Confederacy, the Battle of Gettysburg was the bloodiest of the Civil War. No wonder so many haunted tours, as well as bed-and-breakfasts boasting various apparitions as tenants, have popped up around the military park.

Would-be ghost hunters can buy materials and receive training at a nightly workshop at the Gettysburg’s International Museum of Spiritual Investigations in Gettysburg, Pa. Housed in a building that’s more than 200 years old, the museum itself is a draw for spirits, says executive director Jonathan Williams. He adds that visitors regularly try to collect evidence of otherworldly phenomena as they roam around the different rooms.

What you see: A 30-minute presentation on the museum’s history; equipment used in the paranormal field; and “evidence” captured during a spiritual investigation, such as photographs with mysterious shadows. Participants are given two hours to use the equipment to investigate the museum.

Most haunted stop: The bathroom. “We have had close to 54 confirmed physical interactions, with hair being played with, tugged, pulled, necks being touched, butts grabbed and poked,” Williams says. “We have also had 36 different visual interactions with either a woman in black or other individuals. Go figure.” 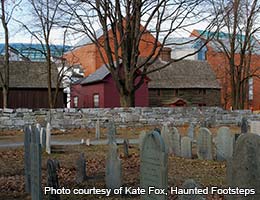 Residents of the Massachusetts town where the Salem witch trials were held in 1692 insist that the dead still walk the streets.

“When you’re talking about a community as old as Salem is, it’s really spiritually charged,” says Leah Schmidt, founder of the city’s Haunted Footsteps ghost tours. “Almost everyone has an experience.”

Schmidt says her creepiest moment came during an April 2012 tour. As she lectured, the tour guests were taking photos — and suddenly started passing the camera around in excitement. When Schmidt looked at the pictures, “it looked like I was talking in the middle of a snowstorm. There were hundreds of orbs (balls of light believed to be ghosts) around me.”

What you see: Various sites around Salem.

Most haunted stop: The base of Howard Street, where a Parker Brothers game factory used to sit. “There was a fire there, and a little girl did lose her life,” says Schmidt. “We had one woman on the tour who recently lost her child. She was standing there feeling sad, and she literally felt a young hand take her own hand.” When the woman looked down, no one was there.

Get the willies in Washington 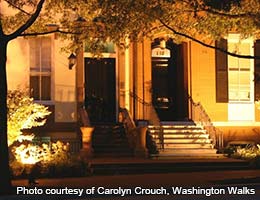 Washington, D.C., can be something of a ghost town, and not just when Congress is out of session. Few people realize how haunted some of the buildings in our nation’s capital really are, according to Washington Walks. The tour company, which has included a ghost tour among its offerings since 2000, spotlights some of the ghoulish lore surrounding Lafayette Park on the north side of the White House.

What you see: Exteriors of Lafayette Park, the White House, the Stephen Decatur House Museum, and the historic Hay-Adams Hotel — all as ghost stories are recounted.

Most haunted stop: The Octagon, “purportedly the most ghost-filled residence in Washington,” Crouch says. 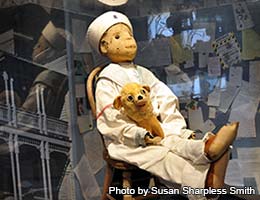 The southernmost point of the United States draws sun-seeking tourists and residents — and apparently many of them stay through eternity, says Tim Glancey, founder of the Key West Ghost & Mysteries Tour in Key West, Fla.

“We don’t wear costumes, top hats or canes,” Glancey says. “The tour has more of a ghost-hunt feel to it.”

What you see: Robert the Doll, a supposedly cursed sailor doll that’s more than 100 years old; the allegedly haunted Porter Mansion; the “hanging tree,” where, according to legend, 75 murderers and pirates were executed.

Most haunted stop: Club Chameleon is across from the island’s original graveyard, Glancey says. “It’s a very haunted corner,” he says. “We invite people to bring their cameras, and many end up with pictures of orbs.”