You’re reviewing your bills and do a double take. There’s a charge on your credit card bill for a store you’ve never heard of. Your phone bill shows a recurring monthly fee you didn’t sign up for. The explanation of benefits from your health insurance provider doesn’t make sense.

Congratulations! You’ve already done one thing right that many people don’t do — review your bills. You’ll find that scrutiny can pay off with the discovery of bill errors. Read on for advice on what you can do about mistakes and other issues once you spot them. We also reveal what to look for when you refinance your mortgage, since the paperwork involved can be rife with errors.

Errors on your credit card bill 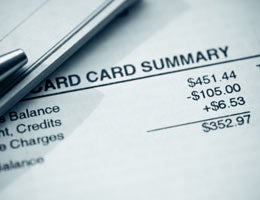 If there’s a transaction you don’t recognize on your credit card statement, a simple phone call may resolve the issue, says Chi Chi Wu, a staff attorney with the National Consumer Law Center. “Maybe the merchant uses a different name for billing,” Wu says. For example, the restaurant where you ate lunch may bill using the name of the adjacent motel because the same company owns both businesses.

But if the charge was made in error, remember, that phone call does not protect your rights under the Fair Credit Billing Act, Wu cautions. To be protected, you need to send your dispute in writing to the credit card company within 60 days, she says. During an investigation, your credit card company can’t report the unpaid charge as delinquent. Nor can the company try to collect payment on that charge, she adds.

Takeaway: Call first when you notice bill errors, but write within 60 days if the problem isn’t resolved.

Unauthorized use of your credit card 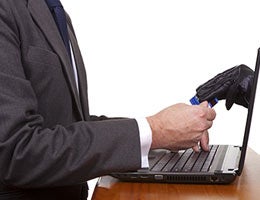 The good news: Your liability for that theft is generally only $50, Wu says, and you can invoke your rights against unauthorized use by calling — no need to write a letter. You don’t have a 60-day deadline either, but don’t procrastinate while someone continues to rack up charges on your account. “You want to stop the theft,” says Wu. “Your credit card company wants to stop the theft. They’re going to cancel the card.”

But the credit card issuer is not obligated to send you a replacement card. “The issuer can always close your account or reduce your credit limit if the issuer thinks you present a risk,” she adds. 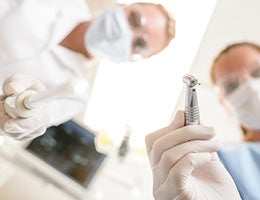 When Ann Staples moved to suburban Charlotte, N.C., she decided to find a local dentist. After a routine cleaning and filling, Staples was surprised to get her dental insurance statement showing that although she didn’t owe any money, the two procedures had emptied her dental spending account. “I was shocked,” she says.

Staples called her health insurance company. “I said, ‘I know it’s been a long time since I had a cavity, but the price has gone up,'” she says. The insurance representative told her the coding showed she got two implants.

When questioned by the insurance rep, the dentist’s staff said the charge was an error. Staples thinks otherwise and so does the insurance rep. “I think I walked in the door at a new dentist, they found out what I had in my dental account, found codes to match it and cleaned it out,” she says. The insurance rep told Staples most people don’t read their statements, especially if they don’t owe any money. “He thanked me and said if more people did this, it would save the country a ton of money,” she says.

Takeaway: Read your health insurance explanation of benefits, or EOB, statements even if you don’t owe money. 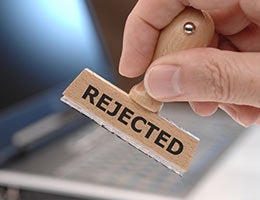 Although you may hear “rejected” and “denied” used interchangeably, the two terms are not the same, says Erin Moaratty, chief of mission delivery at the Patient Advocate Foundation in Hampton, Va. “Rejected” means that likely no one even considered your claim because of a mistake such as an incorrect date of birth, incorrect demographic information, no preferred provider ID, a mismatch between the treatment code and diagnosis code, or other issues, Moaratty says. “Rejected means it’s not been processed,” she says. “These claims go back to the provider, asking them to make justifications and send it forward.”

But the provider may not pick up on or correct the error, and may instead send you the full bill, she says. Call your insurance provider to find out why the claim was rejected and follow up as needed with the medical office.

Takeaway: Match up your medical bills and your EOB. Don’t pay a rejected claim until you follow up. 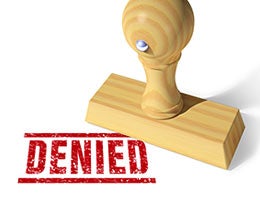 On the other hand, a denied claim has been processed, and your insurance provider has decided it won’t pay. “They’re saying, ‘We’re not paying this claim. Ever,'” Moaratty says. “They have determined you do not have the benefit.”

But don’t pay yet. Someone could have entered information incorrectly or failed to provide enough information. “There are lots of changes in the coding industry,” she says. For example, some procedures are required to be bundled under one code and then paid, she says. If the medical office submits some of the procedures separately, then a claim could get denied or partially denied. Perhaps a patient has colon cancer as well as diabetes, she says. Treating the colon cancer might be different for a diabetic patient, but unless the paperwork is coded properly, the claim might be denied.

If the claim is denied, you have the right to appeal, she says. And if you’re overwhelmed with the illness and the paperwork, find someone who can help you.

Takeaway: Don’t pay a denied medical claim yet. Appeal it and ask for help if needed. 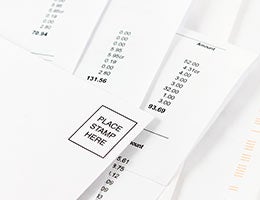 Excess charges, referred to as cramming, may lurk in the fine print of your telephone bill. Typically, vendors work with billing aggregators who have agreements with telephone companies to bill you for charges, says Russell Deitch, an attorney at the Federal Trade Commission. Such charges might be for Internet service that you aren’t using, voice mail for a different phone number, Web hosting or other service, he says.

Charges could begin after you enter a sweepstakes, cash a supposedly free check, after a free trial, after a call claiming to confirm your Yellow Pages entry or “just made up and put on the phone bill,” Deitch says. “There’s no shortage of creativity when it comes to fraud.”

The charges, often for amounts such as $9.99 that are easy to miss, recur every month until challenged. These charges add up. The Federal Trade Commission estimates such fraud affects 15 million to 20 million American households per year, Deitch says. In the last 15 years, the FTC has brought more than 25 cases involving numerous consumers and tens of millions of dollars in damages, Deitch says. 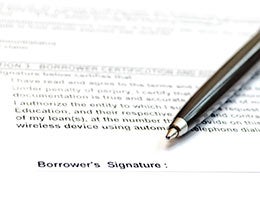 Lower interest rates are spurring homeowners who can do so to refinance their loans to lower payments, get cash back or shorten the terms of the loan. But don’t spend more than you should. For example, the title insurance should not cost more than 0.5 percent of the total value of the property, says David Cay Johnston, author of “The Fine Print: How Big Companies Use ‘Plain English’ to Rob You Blind.” If it amounts to more, shop around. You don’t have to use the lender’s title insurance company, Johnston says.

Likewise, when you receive your copy of the appraisal, go over every single line — especially if the appraisal seems low, Johnston says. Make sure every relevant box is checked. For example, if you have a fireplace and central air conditioning, be sure those boxes aren’t left blank. Then look up every recent sale in your neighborhood to make sure the appraiser didn’t include the lowest sale for the least comparable house.

Takeaway: Question the bill on all mortgage refinance fees, and if necessary, demand new documents that are properly prepared.