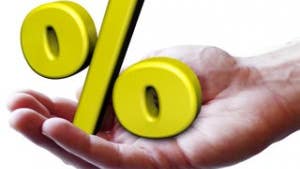 But in this low-interest-rate environment, convincing consumers to park their money in a bank’s certificate of deposit is a hard sell.

Even promotional rates on yield don’t seem to be working, recent analysis by Dan Geller and his team at Market Rates Insight found.

In the past 12 months, the average percentage yield on special offers on long-term CDs (more than three years) increased 75.7 percent, but balances fell by 5.9 percent, Geller, the executive vice president of MRI, says.

Similarly, promotional CDs with terms of one to three years saw an average increase of 15.7 percent on promotional CD rates, but deposits into such CDs fell 2.3 percent.

“Promotional rates are not very effective in attracting new money or in shifting balances to long-term accounts,” Geller wrote in a recent article. He said certain markets or banks may see gains from offering promotional rates, but that overall, “nationally, the specials aren’t working in the current rate environment.”

Have you seen any good promotions for CDs? Have any tempted you enough to deposit money into a CD lately?