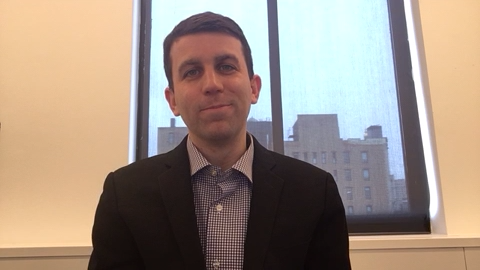 Some offers may have expired.

I redeemed more credit card rewards in 2019 than ever before: $1,751 worth of cash back. I also experienced a couple of firsts: paying an annual fee and earning transferable travel points.

I’m sitting on 72,278 Citi ThankYou® Points that I earned from my Citi Premier® Card in 2019. In the past, when all I had were straight cash back cards, it didn’t make sense to stockpile my rewards. They were very unlikely to gain value over time, so I tended to redeem for statement credits every month or two. But it does make sense to save these ThankYou Points for a future trip.

They will be worth approximately $903 if I book travel through Citi’s portal, because Citi Premier cardholders get 1.25 cents per point in value via that redemption method. I could potentially get even more value by transferring to any of Citi’s 14 airline partners. I’ll get 1 cent per point (about $723 total) if I redeem for gift cards or a check that I can put toward my mortgage. A statement credit would yield only 0.5 cents per point (roughly $361).

Comparing to years past

I scored a welcome bonus from the Blue Cash Preferred® Card from American Express after upgrading my Blue Cash Everyday® Card from American Express. I earned 20% back on Amazon.com purchases on the Card in the first 6 months of Card membership, up to $150 back. Plus, earn $100 back after you spend $2,000 in purchases on your new Card within the first 6 months of card membership. You will receive cash back in the form of statement credits.

I also earned 60,000 ThankYou Points from the Citi Premier after spending $4,000 in the first three months. Those will be worth $750 if I redeem for travel by booking airline tickets at thankyou.com.

A total of $1,000 is very good for two credit card welcome bonuses, especially since only one registered as a hard inquiry on my credit reports. In 2018, I earned just $300 in bonuses (all from the Wells Fargo Propel American Express® card).

In 2018, I didn’t maximize travel or dining for much of the year. Until I signed up for the Propel card in September of that year, the best I could earn in those categories was 1.5% on my Capital One Quicksilver Cash Rewards Credit Card. The Propel card doubled that return (3x points on dining and travel), and I redeemed $485 from it in 2019. This also explains why I earned less on the Quicksilver in 2019 ($428, versus $770 in 2018). Still, not including my 2018 sign-up bonus, I earned an extra $143 from these two cards in 2019 purely by optimizing my travel and dining spending.

Also, I was up $89 in Chase Freedom® earnings in 2019. Most of that was thanks to PayPal, a new addition to that card’s 5% cash back categories in the fourth quarter (the rate applied after activation, up to $1,500 in spending per quarter). I made $1,041 in PayPal purchases from October through December (primarily holiday shopping), which added $52 to my annual cash back haul. In 2018, the Q4 categories were department stores, wholesale clubs and Chase Pay, and I only earned $2 in cash back that quarter.

I’ve already implemented one strategy: Upgrading from the Blue Cash Everyday (BCE) to the Blue Cash Preferred (BCP) will earn me an extra $85 in cash back each year as long as I maximize my grocery spending. The BCP gives 6 percent cash back on up to $6,000 of U.S. supermarket spending each year (then 1 percent), twice as much as the BCE. Both cards return 1 percent beyond $6,000 in annual U.S. supermarket spending. After subtracting the BCP’s $95 annual fee (waived the first year), I’ll still be $85 ahead each year on groceries. I enjoyed the $300 introductory bonus (after spending $3,000 in the first 6 months), but essentially broke even on actual spending because of the annual fee and because I switched relatively late in the year.

My most glaring area for potential improvement is the “everything else” spending which currently lands on my Quicksilver card in exchange for a 1.5% return. I could easily get 2% with a card such as the Citi® Double Cash Card (technically 1% when you buy and 1% when you pay it off). That would equate to about $143 extra per year. I’ve considered the Citi Double Cash for years. The main things holding me back have been the lack of a compelling sign-up bonus and my reluctance to sign up for too many cards.

I could potentially add this card via a product change in late 2020 if I downgrade my Citi Premier card. I might do that to save the annual fee because there’s a lot of overlap between the Premier and the Propel cards. And phrasing the switch as a product change would avoid any negative impacts on my credit score.

I might also sign up for the Capital One Venture Rewards Credit Card. That gives 2X miles on every dollar spent, plus a 100,000 bonus miles when you spend $20,000 on purchases in the first 12 months from account opening, or still earn 50,000 miles if you spend $3,000 on purchases in the first 3 months. The main catches are the annual fee ($95) and the fact that the miles are most valuable when redeemed for travel. I’d get a better return on travel spending via the Premier and Propel cards.

I’m not ready to pull the trigger, but I’m leaning toward the Venture card over the Double Cash because of the sign-up bonus and the potential for near-term gains.