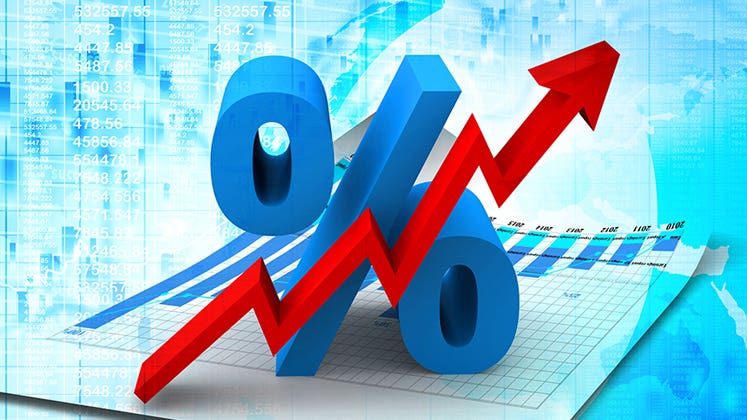 Are we on the cusp of rising interest rates? The markets can’t seem to decide if the Federal Reserve will raise the federal funds rate. A few bad days on Wall Street in October sent rates on Treasuries, mortgages and other long-term instruments plummeting.

In these circumstances, trying to decide what to do with your savings can be difficult. Stay with liquid savings accounts and you’ll earn peanuts. Lock in to a long-term certificate of deposit — even the highest-yielding one on the market — and you could get burned as interest rates rise.

Rising-rate CDs could present solutions to this sticky problem for those who don’t want to resort to riskier options like bonds or dividend-producing stocks. While many different types exist, they all have one basic theme: the potential to earn a higher yield than traditional CDs.

A smorgasbord of alternative CDs

Here’s a breakdown of some of the most common types of rising-rate CDs.

Keep in mind that the financial institutions offering these types of CDs may use some of these terms interchangeably or may market them under another name entirely, so thoroughly read the terms and conditions to make sure you know what you’re buying.

Create a news alert for
"cds"

No free lunch … but maybe a blue-plate special

To get these hybrid features, savers usually have to accept a lower rate than they would get on a conventional CD for the same term. The reasoning here is simple: Banks are relieving savers of the risk that rates will rise, and they expect some compensation for taking on that risk.

“If we look at 2014 year-to-date, there is hardly any difference in the rate between hybrid CDs and regular, base CDs,” Geller says.

That amounts to a bargain for savers, he says.

“The fact that they offer more or less the same yield is an advantage because you’re getting the extra feature that doesn’t exist on the fixed CD,” Geller says.

Why do this? Right now, banks are feeling a little nervous about their deposit mix, Geller says.

“Eight out of 10 dollars is liquid and that’s risky. This money is here today, gone tomorrow. It can be withdrawn right away,” Geller says. “This elevates the liquidity risks of banks, especially now that they have much more strict and demanding liquidity requirements.”

In other words, if everyone decides to withdraw their money at once, it could be hard for the bank to have all the capital needed to function effectively or to avoid the wrath of regulators.

CDs can help with that because unlike a checking or savings account, the money is there for a defined period.

“Basically, a bank would want to have a certain amount — or as much as they can — of that money locked into a term account, but of course not to pay too much for it,” Geller says.

Rising-rate CDs are a good way for banks to do that because they can attract more term deposits without having to actually pay higher returns unless overall rates rise.

Finding what you want requires legwork

You may have to look beyond your current bank to find the nontraditional CD you’re looking for.

Many large banks don’t offer them, so you may be better off looking at a regional bank, community bank or credit union, says Wei Ke, a partner with Simon-Kucher & Partners, a global consulting firm that works with banks.

“From our perspective, those types of hybrid CDs are probably more like a niche market play in the U.S., whereas interestingly, elsewhere in the world, you tend to see more adoption,” Ke says.

Either way, before you put your money in a rising-rate CD, it’s smart to read the fine print. That’s especially true with an index, or other market-linked CD, says Cary Guffey, CFP professional and CFP Board ambassador.

“You’ve got a CD that could potentially pay you more, but it might not pay you anything. If you are a strict, historic CD investor, it really isn’t an apples-to-apples comparison,” Guffey says. “What I’d encourage them to do is get with their financial adviser and go through how they work in detail before you’ve committed any money to it.”