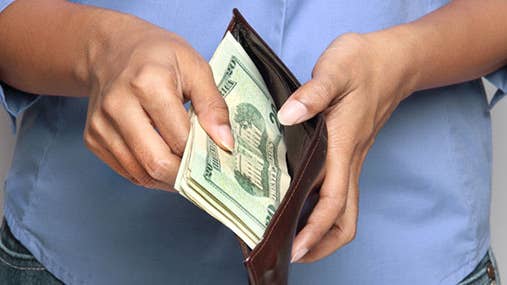 Americans are used to seeing ads pop up on the Internet, TV and even our smartphones. Now you can add one more place — bank statements.

These bank statement rewards are transaction-driven, since they match your buying habits with targeted deals and discounts for future purchases. The ads typically appear on your online bank statement beneath a recent transaction, and they’re marked by a company logo.

Say you recently spent $50 at Target. Target could then offer you a $10 discount for future purchases on your bank statement next to the purchase price. Customers can then choose to redeem these retail offers online through a clickable ad or print them out for use in stores.

These rewards are aimed at consumers who don’t want to be hounded by other offers, says Debbie Wood, general manager of marketing and industry research at Jack Henry & Associates Inc. The Missouri-based firm partners with Truaxis, owned by MasterCard, to create statement rewards programs. “These friendly offers have an extra level of protection, since you know they’re coming from your own bank,” she adds.

And they can be redeemed in different ways. Some rewards are issued as coupons that can be used for purchases, electronic gift cards that offer future discounts or cash-back rewards with benchmarks for qualifying. The latest twist is geo-location statement deals sent as text messages to your smartphone whenever you’re near one of your favorite retailers.

Offers differ widely, according to Consumer Reports. Cincinnati-based Fifth Third Bank has Prewards, which are digital coupons that are linked to debit card purchases. Bank of America has a program called BankAmeriDeals, where online bank promotions are linked to transactions. Offers are made by, say, your favorite restaurant or a rival restaurant that wants your business.

And Ohio Valley Bank, based in Gallipolis, offers statement rewards as part of its NetTeller online banking. Like many programs, these rewards are triggered by debit card usage. “More usage triggers more discounts,” says Bryna Butler, a vice president and market and e-strategies officer at Ohio Valley Bank.

Ohio Valley Bank began offering NetTeller statement rewards in 2011. “We saw that customers were using Groupon or LivingSocial coupons,” Butler says. But the bank’s cost to offer these coupons was prohibitive. So, statement rewards were offered instead.

Statement rewards also benefit banks, since they receive a small fee for offering them. “Fees are very nominal, though,” says Suzanne Copeland, chief marketing officer at Montebello, New York-based Provident Bank. The bank’s own program lets you personalize your offers by clicking “like” or “dislike” buttons near a statement reward offer.

“These customized offers work well with our customers,” Copeland says. At Provident Bank, only 1 percent of its customers have decided to opt out, she says. At Ohio Valley Bank, two customers out of 6,000 have opted out, Butler says.

Still, despite their success, statement rewards do have downsides, consumer advocates say. For starters, customers are automatically enrolled in programs and must opt out on their own. “And most people don’t realize you can opt out,” Consumer Federation’s Gillis says. If consumers are interested in statement rewards, they should also scan the exact details of any statement rewards program before signing up, he says.

People who struggle to control their spending should automatically opt out, Gillis says. “It’s too easy to click on a product or service and build up credit card debt,” he says, since impulse purchases are easier than ever these days.

In all statement rewards programs, consumer privacy is protected. Names, addresses and account numbers aren’t revealed, says Wood of Jack Henry & Associates. Instead, data-mining companies sift through aggregated customer transactions to glean how much is spent and where, according to Consumer Reports. Ads are then tailored to a customer’s spending patterns.

Gillis says more types of statement rewards are on their way. “Banks have realized that they can sell this information because it’s valuable,” he says. “Bank statements are extraordinarily rich avenues.”