Is your bank behind the times?

As consumers have grown more comfortable with technology, the banking industry has developed new tools to satisfy the need for on-the-go money management.

If you don’t believe it, consider these two changes: Online banking has been accepted by the masses, and smartphone screens are replacing bank tellers.

“There’s a new definition of personal banking emerging,” says Mark Schwanhausser, director of multichannel financial services at Javelin Strategy & Research in Pleasanton, Calif. “It’s not just sitting across a table looking at someone face to face.”

However, some institutions have failed to come to grips with that new definition. As account holders continue to embrace innovation, are you missing out? Here are four clues your bank is behind the times.

There’s no app for that 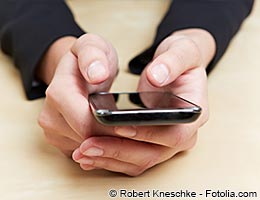 If your bank has not jumped on the mobile-banking bandwagon, you will not be able to harness the full potential of your smartphone.

“People have their phones with them all the time, and mobile banking has transformed the way they manage their finances,” says Brett Pitts, senior vice president and head of digital/Internet product management at Wells Fargo.

Outside of monitoring account balances and making transfers, mobile banking also can provide a proactive layer of identity protection.

“If you’re still living in the paper-based world, you’re waiting 30 days to review your statement,” Schwanhausser says. “With mobile banking, you can program alerts to notify you in case of any activity that may seem fraudulent.”

Those notifications can be crucial, too. According to the Javelin Strategy & Research 2012 Identity Fraud Industry Report, fraud increased by 13 percent in 2011 with more than 11.6 million adults falling victim to identity theft. 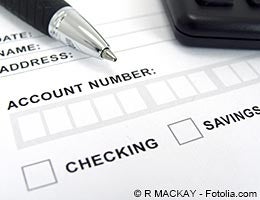 While depositing money into your account previously meant relying on ATMs and bank tellers or arranging direct deposit through your employer, some banking institutions are allowing customers to perform the same task from their couches with mobile check-deposit tools.

“Remote deposit has been one of the game-changers for mobile banking,” Schwanhausser says. “Consumers have realized that they don’t have to make a trip to make a deposit.”

It looks like those trips are going to decline significantly in the future, too. A survey by consulting firm Mercatus LLC in Boston estimates that mobile deposit will eliminate more than 1.5 billion branch transactions by 2014. If your bank has not adopted this technology, you will remain in the shrinking demographic of consumers who are confined to the traditional boundaries of paper checks. 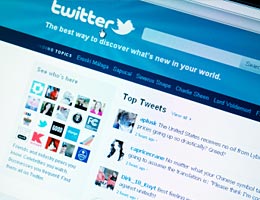 Has your bank updated its status and joined the social media revolution?

Instead of directing account holders to log into their online banking accounts, Pitts says that social media interaction allows them to get customer assistance while they’re already in a familiar place: Twitter.

“Customers are not spending the majority of their time on banking websites,” Pitts says. “They’re spending more time within their social circles.”

That convenience also can help reduce your wait time.

“Sometimes you’re out and about, and you just need an answer to a quick question,” Schwanhausser says. “For customers who are banking with institutions that are active on social media, there is an opportunity to take care of those answers more quickly than a customer service hotline in many cases.”

Your bank isn’t helping you budget 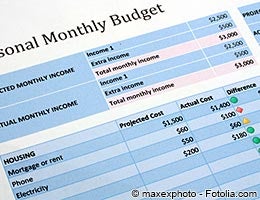 “Consumers need to have the tools that will enable them to have gauges on their finances,” Schwanhausser says.

Some select banks are giving them those tools with visual spending trackers that allow account holders to gain a clear understanding of where their money is going. That enhanced understanding can be a big benefit. According to Bankrate’s July 2012 Financial Security Index, 38 percent of Americans do not bother to track their spending against a budget.

If your bank is still offering the no-frills basic capabilities of online banking, you may be missing out on assistance with organizing and categorizing the transactions you make using your checking and savings accounts.