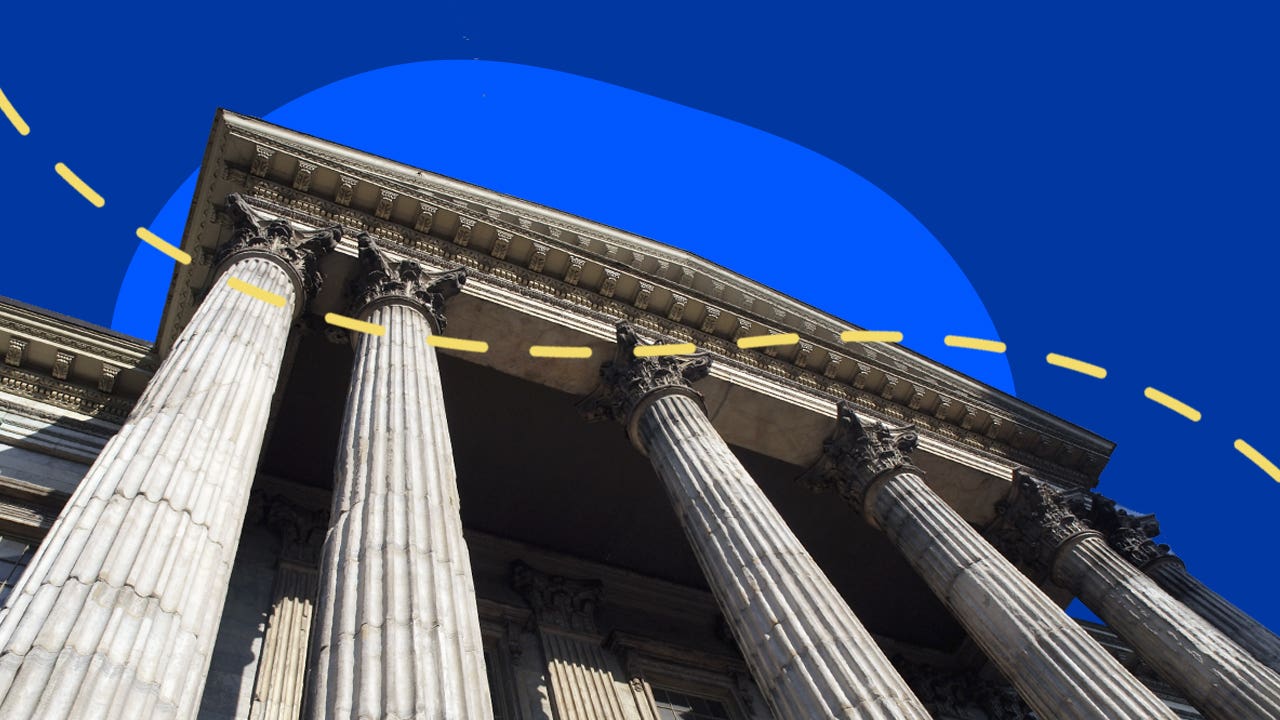 In the years since the Great Recession, the largest banks in the U.S. have grown substantially. The 15 largest banks now hold a combined total of $12.82 trillion in assets as of March 31, 2021.

Of course, every year there are changes in this exclusive club. Larger banks trade places with one another, and smaller banks drop out, replaced by faster-growing rivals.

Here are the 15 largest banks in the U.S. by assets, according to the latest numbers from the Federal Reserve.

Chase Bank is the consumer banking division of JPMorgan Chase. Unlike its competitors, Chase is taking steps to expand its branch network in key markets. The bank currently has nearly 5,000 branches and 16,000 ATMs. According to the bank, nearly half of the country’s households are Chase customers. Read Bankrate’s review of Chase Bank.

Bank of America serves about 66 million consumers and small business clients worldwide. Like many of the biggest banks, Bank of America is known for digital innovation. It has more than 37 million digital clients and is experiencing success after introducing its virtual assistant, Erica, that assists account holders with various tasks. Read Bankrate’s review of Bank of America.

Wells Fargo was founded in 1852. Although the bank has focused on consolidating and eliminating branches, it still has the most branches of any bank in the country. In addition to its main app, Wells Fargo has introduced a savings app and a mobile banking app geared toward millennials. The bank has rebranded and is focusing on repairing its fractured relationship with customers after a series of missteps. Read Bankrate’s review of Wells Fargo.

Citigroup is a global financial services corporation. Its retail banking division, Citibank, is based in Sioux Falls, South Dakota. Citibank has approximately 700 branches in the U.S. and more than 1,800 branches outside of the country. U.S. customers can also access more than 65,000 fee-free ATMs. Read Bankrate’s review of Citibank.

U.S. Bancorp is the bank holding company and parent company of U.S. Bank. What we’ve come to know as the fifth-largest commercial bank by assets began in 1863 as the First National Bank of Cincinnati. Multiple mergers led to the formation of the bank known today for its extensive branch network and investment in improving its digital offerings. Read Bankrate’s review of U.S. Bank.

Truist is the bank formed by the merger of equals of BB&T and SunTrust. Truist provides financial services to around 10 million consumer households. The new company brings BB&T and SunTrust, which were respectively ranked 11th and 12th in bank assets as of Sept. 30, 2019, together to form the sixth-largest bank.

PNC is a regional bank operating in parts of the Northeast, South and Midwest. It was founded as Pittsburgh Trust and Savings Co. and in 2008 acquired the troubled Cleveland-based National City Corp. That transaction roughly doubled the bank’s size. Today, the bank has around 2,300 branches.

On Nov. 16, PNC agreed to acquire BBVA USA for $11.6 billion. This acquisition is projected to make PNC Bank a top-five bank based on assets once the deal closes.

In 2018, PNC started to expand outside of its traditional market of 19 states, mostly east of the Mississippi River, and Washington D.C. The deal with BBVA USA would accelerate that expansion.

TD Bank is the U.S. commercial banking arm of Canada’s TD Bank Group. Customers have access to mortgages, deposit accounts, credit cards and products for commercial and small business clients. The bank has about 1,300 branches along the East Coast and is known as “America’s Most Convenient Bank” for its flexible hours. Read Bankrate’s review of TD Bank.

When the New York Stock Exchange opened in 1792, the Bank of New York was the first company traded. Today, Bank of New York Mellon is an investment company that serves different corporations and institutions as well as individual investors. Private banking services are available for its wealthy clients.

Capital One is a Fortune 500 company with subsidiaries, including Capital One Bank. In addition to branches on the East Coast and in Texas and Louisiana, bank customers in select cities have access to Capital One Cafes, coffee shops with free Wi-Fi where visitors can open accounts and attend financial workshops. Read Bankrate’s review of Capital One and its online banking products.

Founded in 1792, State Street Corp. is a financial services and asset management company with around 40,000 employees and a global presence in more than 100 markets. The services it provides include investment research and trading and investment management. Its clients include asset owners, insurance companies and pension funds, among others.

Goldman Sachs is a global investment banking, management and securities firm. Its clients have access to a variety of financial services, including banking products through Marcus, its online banking arm that made its debut in fall 2016 and began offering personal loans. Read Bankrate’s review of Marcus by Goldman Sachs.

HSBC North America Holdings Inc., is the holding company for HSBC Holdings in the U.S.

In May 2021, Citizens Financial Group agreed to acquire 80 HSBC branches on the East Coast. HSBC will be losing 66 branches in the New York City area, nine in the Middle Atlantic/Washington, D.C. area and five in Florida. This transaction isn’t expected to close until 2022.

Citizens has around 1,000 branches in 11 states in the New England, Mid-Atlantic and Midwest regions. It also has approximately 3,100 ATMs. Its headquarters is in Providence, Rhode Island.

As previously mentioned, Citizens Financial group will acquire 80 East Coast HSBC branches and HSBC Direct in a deal that’s expected to close in 2022.