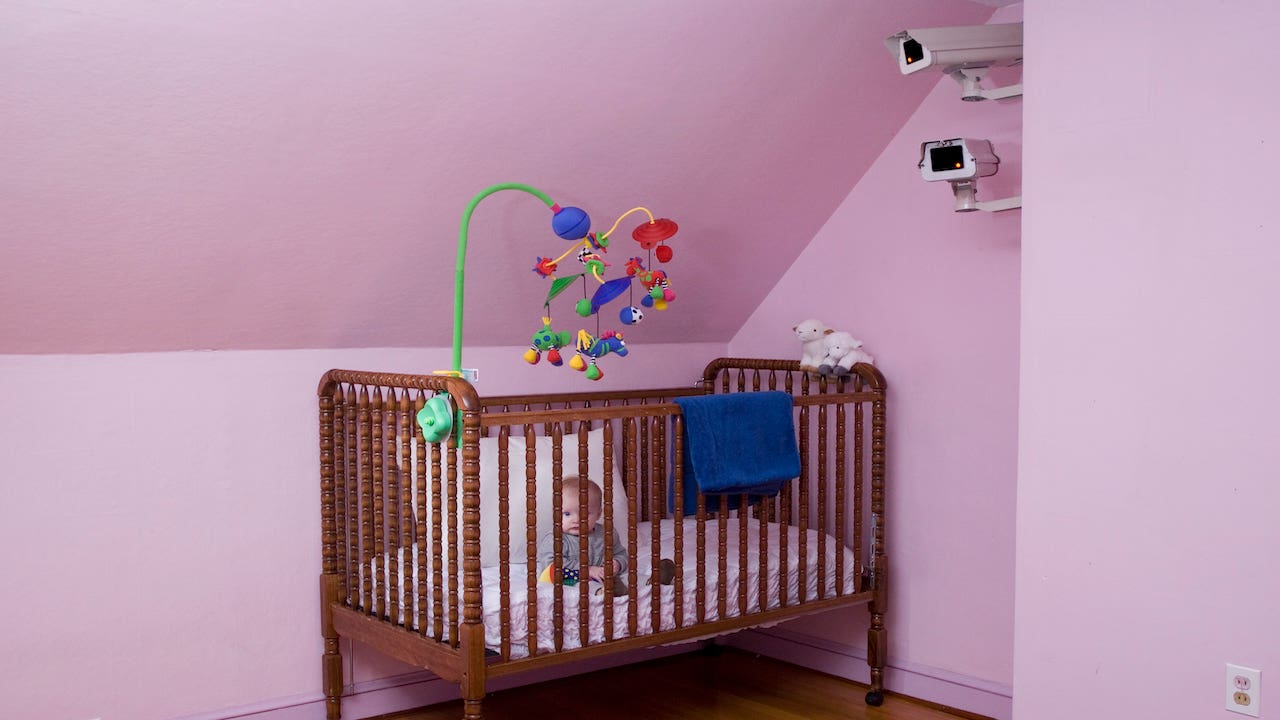 Millions of homeowners have installed inexpensive home security cameras offered by companies such as Amazon, seller of Ring devices — but as their usage explodes, homebuyer beware.

In this era of constant surveillance, real estate agents say home shoppers should behave as if they’re being spied on by sellers.

“It seems like everybody has cameras,” says Janine Acquafredda, associate broker at RE/MAX Real Estate Professionals in Brooklyn, New York. “It’s just become the norm. People have surveillance for nannies, for pets, for dog walkers. So I let buyers know there are probably cameras inside and outside the house.”

Sellers also need to be careful. Each state imposes its own laws governing what homeowners can record, creating 50 different regulatory schemes around surveillance — and a potential legal minefield (although, to be realistic, the chances of being prosecuted for illegal recording are remote). Sellers who get too assertive with their security systems might also scare off buyers or alienate agents.

In this new era — Big Brother on steroids, you might call it — snoopy home sellers have advanced home security systems that allow for real-time and delayed remote monitoring via audio and video, and sellers can watch activity outside and inside their homes. Some systems include motion detectors that can send the homeowner an alert when a buyer and Realtor are inside the home.

This technology means a seller can watch and listen to a buyer’s conversation with their Realtor. This monitoring can be done with little more than a Wi-Fi-enabled camera and a computer logged into a web portal, or a smartphone with an app.

“Before, you played a tape. You could rewind it, and you could see people walking around and you could say, ‘They didn’t steal anything,’” says Leif Swanson, a Realtor with Realty One Group in Phoenix. “Now it’s a different story because you have sound.”

Buyers should behave as if they’re being watched

For homebuyers, the new rules are stark: Maintain a poker face for the entirety of the home tour. Dole out honest insights as sparingly as Tom Brady in a post-game news conference.

“You should expect as a buyer that you are being watched,” Acquafredda says. “Don’t make any comments about what you like or don’t like.”

If you’re too effusive in your praise of the kitchen or the bathrooms, for example, the seller might decide to drive an even harder bargain. The current housing market is characterized by soaring home prices and limited supply, so a seller who thinks you love the place might press that advantage.

In a twist on the same theme, sellers have many bids to choose from, so if you slam the gaudy wallpaper or the moldy carpeting, you might offend a seller who has plenty of other offers on the table.

Realtors’ advice: Remain neutral while you’re inside the house and nearby. Modulate your physical reactions, and edit your spoken comments. Only later, after you’ve left the property, can you speak candidly about how much you love the kitchen counters or how much you hate the creepy basement.

For sellers, capturing video only is mostly OK

As a home seller with a surveillance system, there are complications for you, too. While some Realtors advise clients to disclose the presence of surveillance cameras, either in listing information or at the property, the legalities around surveillance remain murky, thanks to a state-by-state hodgepodge of laws.

In Minnesota and Wisconsin, for example, the basic rule of thumb is that video recording — without audio recording — is legally protected, say legal experts at Edina Realty, a Minnesota-based brokerage.

“For the most part, it is perfectly legal to have a camera taking video of what occurs within your home,” according to the brokerage’s website. “This is true even if the camera is capturing video of someone without their knowledge. One big caveat to that general rule is that you are not permitted to place a camera with the intention or likelihood of capturing a person taking their clothes off — for example, in a bathroom.”

The law is tighter around recording audio without the speaker’s consent. Some states require both parties in a conversation to agree to audio recordings — that’s the case in a dozen states, including California, Florida, Illinois, Michigan and Pennsylvania.

Other states require just one party to grant permission — and if you’re recording a tour while you’re not in the home, you’re not legally a party to the conversation.

Of course, it’s unlikely many sellers know the law, or their own systems, well enough to comply. However, sellers need not be paranoid — local police aren’t exactly rushing to arrest those who break this law. Recording audio in private without consent is technically a crime punishable by jail time, but Bankrate couldn’t find an instance of a homeowner being prosecuted for violating eavesdropping laws in the context of a home sale.

Another potential minefield for sellers comes in the form of housing discrimination law.

The Fair Housing Act prohibits sellers from discriminating on the basis of race, color, creed, national origin, sex, family status or disability. That federal law took effect in 1968, long before the proliferation of cameras that gives sellers a view of buyers. With or without cameras in the home, it’s illegal for sellers to turn away an offer or refuse to negotiate based on these protected classes.

Meanwhile, Acquafredda says sellers should use common sense when it comes to surveillance. Just as savvy sellers remove clutter and personal photos, it might be wise to limit the number of surveillance devices in your home.

“Don’t overdo it,” she says. “Being too intrusive is not a comfortable experience for a buyer. There’s a fine line between security and spying. If someone feels they’re being watched, they’re going to run in and run out. It’s creepy.”