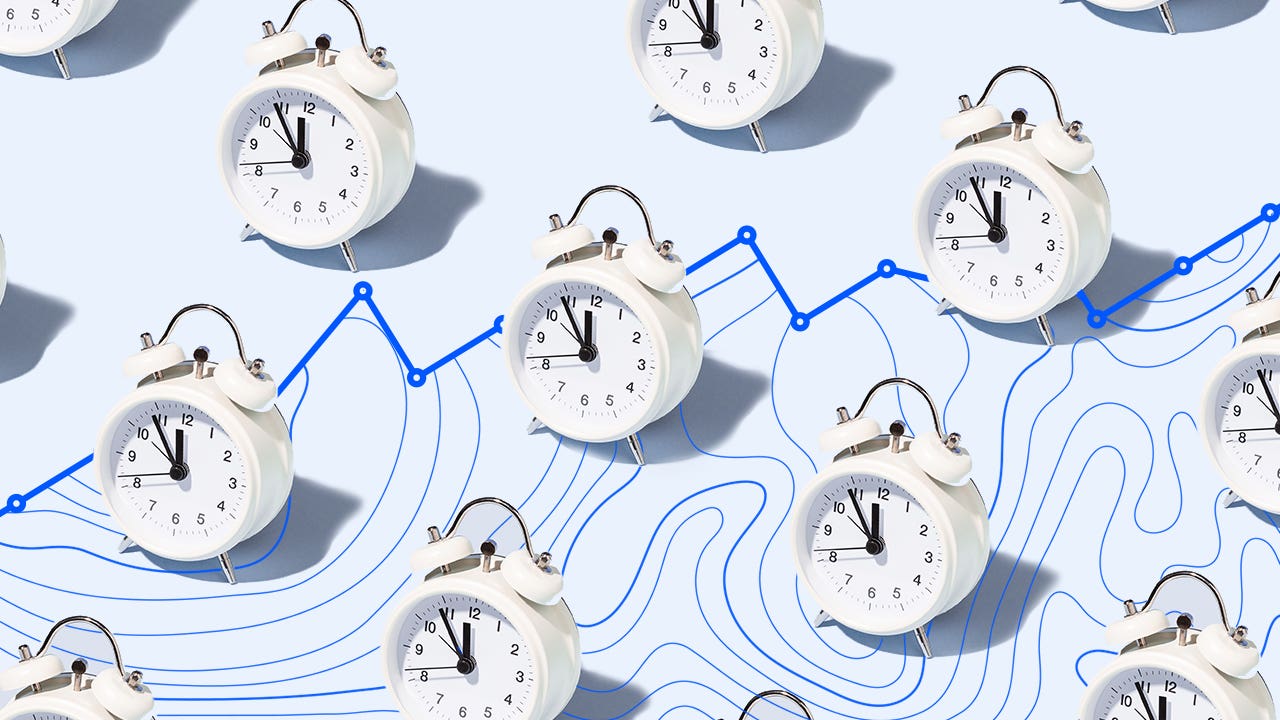 While the mortgage rate you’ll get is determined by specific factors like your credit score, historical mortgage rate trends can give you a sense of how economic conditions influence the rates available on the market today. From the 1970s to present, mortgage rates have risen and fallen, with the current 30-year fixed rate still low, but on the rise.

“After spiking to near 20 percent levels in the early 1980s, mortgage rates — as with interest rates in general — were largely in decline for the better part of the next 40 years as inflation declined and became a non-factor,” says Greg McBride, CFA, chief financial analyst for Bankrate. “Mortgage rates bottomed out in 2020 amid the pandemic-induced recession.”

Mortgage rate trends in the 1970s

The 30-year fixed-rate mortgage started off the decade at about 7.3 percent in 1971, according to Freddie Mac. By the end of 1979, in a time of heightening inflation, that rate rose to 12.9 percent. While inflation doesn’t directly influence mortgage rates, if it rises too fast and wages don’t keep up, borrowers have less purchasing power overall.

Mortgage rate trends in the 1980s

The 30-year fixed mortgage rate reached a pinnacle of 18.4 percent in October 1981, according to Freddie Mac, seesawing down to the 9 percent range by 1986 and closing the decade at 9.78 percent. The 1970s oil embargo against the U.S., which drove up inflation quickly, contributed to the increased borrowing costs.

Mortgage rate trends in the 1990s

The 1990s saw a dramatic shift in the 30-year rate’s movement, as it plunged to an average of 6.91 percent in 1998, according to Bankrate data. This was spurred by the dot-com bubble, an era when investors rushed to buy stocks from technology companies that were overvalued. When these stocks plummeted, investors turned their focus to fixed-income investments, such as bonds. As bond prices rose and yields fell, mortgage rates, which follow the 10-year Treasury yield, also declined.

Mortgage rate trends in the 2000s

The 30-year rate took another tumble in the latter half of the 2000s when the housing market crashed due to the prevalence of subprime loans. According to Bankrate’s data, the average 30-year fixed mortgage rate dropped from about 8 percent at the start of the decade down to 5.4 percent by 2009, when the Federal Reserve implemented quantitative easing, buying mortgage bonds in bulk to drive down interest rates and usher in an economic recovery.

Mortgage rate trends in the 2010s

The 2010s witnessed the 30-year mortgage rate continue to trend downward, beginning in the 4 percent range, dipping under the 4 percent mark and then ending the decade back in that range, Bankrate data shows. These rates were brought on in part by the Federal Reserve’s pull-back on bond-buying.

Mortgage rates in the 2020s

2020 saw new lows for mortgage rates, with the 30-year fixed rate diving to just under 3 percent, according to Bankrate data, and averaging 3.38 percent for the year. Amid the pandemic, fearful investors were attracted to safer products such as Treasury and mortgage bonds, pushing yields — and rates — lower.

Rates began to creep back up in 2021, but were ultimately tempered by COVID-19 variants. That has not been the case so far in 2022.

“Mortgage rates have thus far staged the fastest and largest run-up in 28 years as inflation has soared to a 40-year high and the Federal Reserve is in the process of rapidly pivoting to a policy of tighter money and higher interest rates,” McBride says of this year, adding that rates will keep rising so long as inflation accelerates.

You can view current 30-year mortgage rates on Bankrate.

Broadly speaking, lower mortgage rates fuel demand among homebuyers and can increase an individual’s buying power. A higher rate, on the other hand, means higher monthly mortgage payments, which can be a barrier for a buyer if the cost becomes unaffordable. In general, a borrower with a higher credit score, stable income and a sizable down payment qualifies for the lowest rates.

With mortgage rates increasing, it might make less financial sense to try to refinance to a lower rate. Generally, it’s best to refinance if you can shave off one-half to three-quarters of a percentage point from your current interest rate, and if you plan to stay in your home for a longer period of time. If you plan to sell your home soon, the cost to refinance might not be worth it.

Many homeowners, however, are sitting on high levels of equity, so consider exploring a cash-out refinance. Shop around to find the lowest possible rate and fees based on your credit and finances, and be sure to lock your rate.

Over the last 50 years, mortgage rates have reached both peaks and valleys, from the high of 18 percent in the 1980s to today’s relatively low but increasing rates. Below is a summary of the average 30-year fixed mortgage rate by year:

Reviewed by
Shashank Shekhar
CEO, InstaMortgage
About our review board