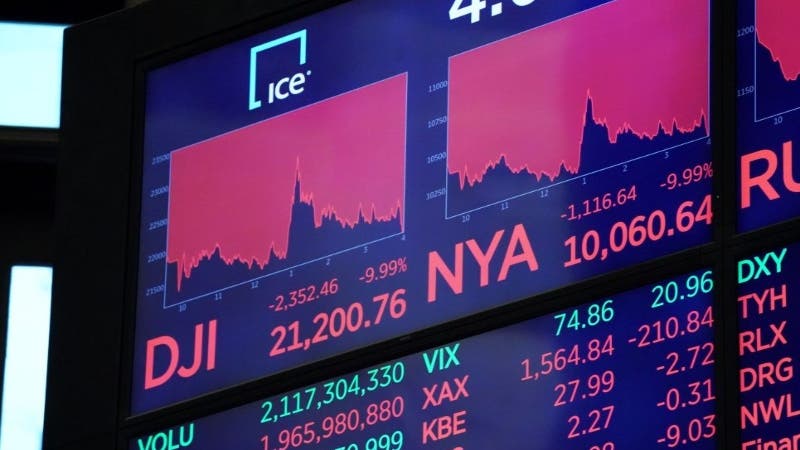 In the Netflix series “Stranger Things,” there’s an alternate dimension where things don’t function normally, called the “upside down.” That’s where mortgage rates are right now: in the upside down.

The refi explosion has a major effect on rates

The simple answer is that markets are not functioning as they normally do. COVID-19 stoked market demand for safe-haven asset classes like Treasuries, driving down yields. Mortgage rates have also declined since the first COVID-19 cases were reported on Dec. 31, but rates didn’t drop as sharply as T-note yields.

There are two reasons for this:

“Typically the spread (between Treasuries and the 30-year fixed mortgage) would be around 1.8 basis points, and now it’s 2.5 basis points and higher; this is symptomatic of a refi wave,” says Mike Fratantoni, MBA chief economist.

The recent rush of borrowers hoping to refinance has overwhelmed lenders to the point where many are deterring new business by raising rates, as we saw this week. Thus, lowering mortgage rates makes little sense for lenders as they struggle to digest the business they already have.

“The increase in refinancing activity — which deprives investors in the original mortgage of years of interest payments — could be contributing to a preference among investors for Treasury bonds as opposed to mortgages,” says Jonathan McCollum, director of federal government relations at Davidoff Hutcher & Citron LLP.

How long will the abnormal activity last?

Although the spread between the 10-year Treasury yields and mortgage rates probably won’t narrow anytime soon, experts don’t believe this is a new normal. Instead it’s largely a product of the sudden novel coronavirus outbreak, an extremely rare event that no one saw coming and can’t predict when it will end.

When Treasury yields begin to climb again, the spread between Treasuries and mortgage rates will start closing. This is because mortgage lenders want to maximize this refi boom, so they likely won’t raise rates as yields rise back to normal levels. This will help put things back into balance.

“We’ve seen this trend before: In a few months, if Treasury yields increase, the spread will come back down and you’ll get a longer tail out of the refi; the spread is wider at the beginning,” Fratantoni says.

What should borrowers do

Millions of existing mortgage borrowers are refinance eligible, meaning they can save money if they refinance their mortgage into today’s low rates. That’s the good news. The (temporary) bad news is that you’ll have to get in line.

“Most everyone is a good candidate to refi if you’re going to be in the house long enough — but there’s a traffic jam on the mortgage refinance highway,” says Greg McBride, CFA, Bankrate chief financial analyst.

During refinance booms like this one, borrowers can expect to wait about eight to 10 days longer than average to close on their loan, which means some loans won’t close for 55 days or more. But this sudden surge in refinance activity has all the makings of an even longer wait.

“This refi boom has the potential to be one of the biggest ones ever,” says Fratantoni. “Given the increases I’ve mentioned, lenders are completely flooded.”

If you’re planning on refinancing, get your paperwork in order and make sure your credit score is good enough to snag the best rate possible, says McBride. Patience is key, you might have to wait months to process your loan. Some lenders are offering 90-day rate locks to ensure everyone in line gets a piece of the low-rate action.

What borrowers shouldn’t do

As the concerns of a recession grow, folks are encouraged to prepare their finances accordingly. This includes things like limiting spending, saving money and paying off debt. But, using the equity in your home, via products like cash-out refinances, to pay off high-interest is probably not a smart move, McBride says.

“All you’re really doing is moving the debt around; you’re now moving unsecured debt to secured debt. That’s not a trade that’s attractive in an economic downtown or a recession,” McBride says.

Keep in mind that although rates in Bankrate’s national survey are higher this week, many lenders have raised their posted rates to discourage inquiries because they are so busy. It’s important to call each lender to find out if they can do better than a rate you see online; oftentimes they can.