As the coronavirus real estate boom rages on, new data shows just how aggressively Americans are bidding for homes. In a handful of states, more than half of homes sold in March traded for more than their listing price.

In California and Colorado, fully 60 percent of homes sold last month fetched more than their asking price, according to research by the National Association of Realtors. In Oregon and Washington, 56 percent of properties topped their list price. And in Massachusetts and Utah, 54 percent of home sales topped the asking amount.

“This is amazing, incredible,” says NAR Chief Economist Lawrence Yun. “Demand is so strong that buyers are saying, ‘List price is just a beginning.’”

Louisiana had the lowest share of homes selling for more than list price, but even there 19 percent of homes topped that mark.

The stats reflect a combination of intense demand and short supply. California already had set a record for share of homes selling over listing price in February, at 56 percent, says Oscar Wei, senior economist at the California Association of Realtors.

“We’re not even in the spring selling season yet,” Wei says.

He can only guess how intense competition will become as the state reaches its traditional peak of home-buying activity in April and May.

In Colorado, another state where most homes sold for more than the asking price, the inventory of homes on for sale represents just a few weeks of supply. That’s well below the six months of supply considered a balanced market.

Walkowicz says he has a standard response to homebuyers who ask just how far over the asking price they should go: “It’s not my money. Is it worth it to you, and how much is it worth to you?”

In normal housing markets, sellers’ listing prices often serve as a stretch goal — a number they’d like to get but don’t really expect. In recent months, listing prices have served as a starting point — in many markets, hot properties are selling for tens of thousands of dollars over their asking prices.

NAR’s Yun didn’t measure how much more than list price homes were fetching. In some higher-priced markets, consumers and Realtors report homes selling at $50,000 to $100,000 above their asking prices.

How long this cycle lasts depends largely on the supply of homes for sale. If homeowners decide to list their homes, or if builders ramp up construction, or if lenders resume filing foreclosures, the supply squeeze would ease.

That’s what NAR’s Yun expects. “I think sometime in the next year, we’ll have adequate supply, and you won’t have buyers engaged in this frenzied bidding,” he says.

For now, buyers must resort to a variety of measures to make their offers stand out. Some are waiving contingencies around home inspections and appraisals. They’re offering cash — and, of course, they’re pushing their offers beyond the asking price.

Buyers are at a disadvantage in today’s seller’s market. If you’re doing battle, here are some ways to land a property:

Move fast. Inventory shortages mean homes are selling quickly. Agents say you should be ready to tour properties the moment they hit the market. With so many buyers forgoing appraisals and inspections, now is not the time to haggle over minor repairs and other small sticking points. The need for speed means many buyers also are making offers before even setting foot inside a property.

Get approved for a bigger mortgage. If you’re shopping in the $300,000 price range, get a pre-approval for more — say $350,000 or even $400,000. The higher amount will help you compete. An obvious caveat: Don’t borrow more than you can comfortably repay.

Make an aggressive offer. In normal markets, the asking price acts as a ceiling. It’s a number that reflects sellers’ aspirations, but not the reality of the market. In this market, the asking price is often the floor. A cash offer usually means fewer contingencies around appraisals, inspections and continued employment, so sellers look at those bids favorably.

Know when to say no. The real estate market has been whipped into a full frenzy in recent months. If you don’t feel comfortable bidding up your offer to tens of thousands of dollars over the listing price, walk away and wait for another house. 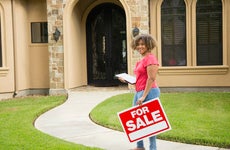 What is asking price in real estate? 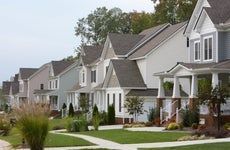 How much over the asking price should I offer on a home? 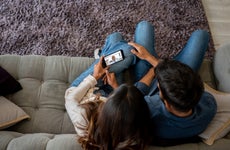 Here’s how much it costs to sell a house 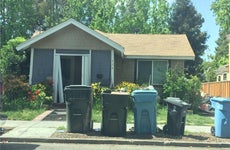 A tiny Silicon Valley starter home sold for a shocking $1.8 million — and it may reveal an ominous sign for the housing market