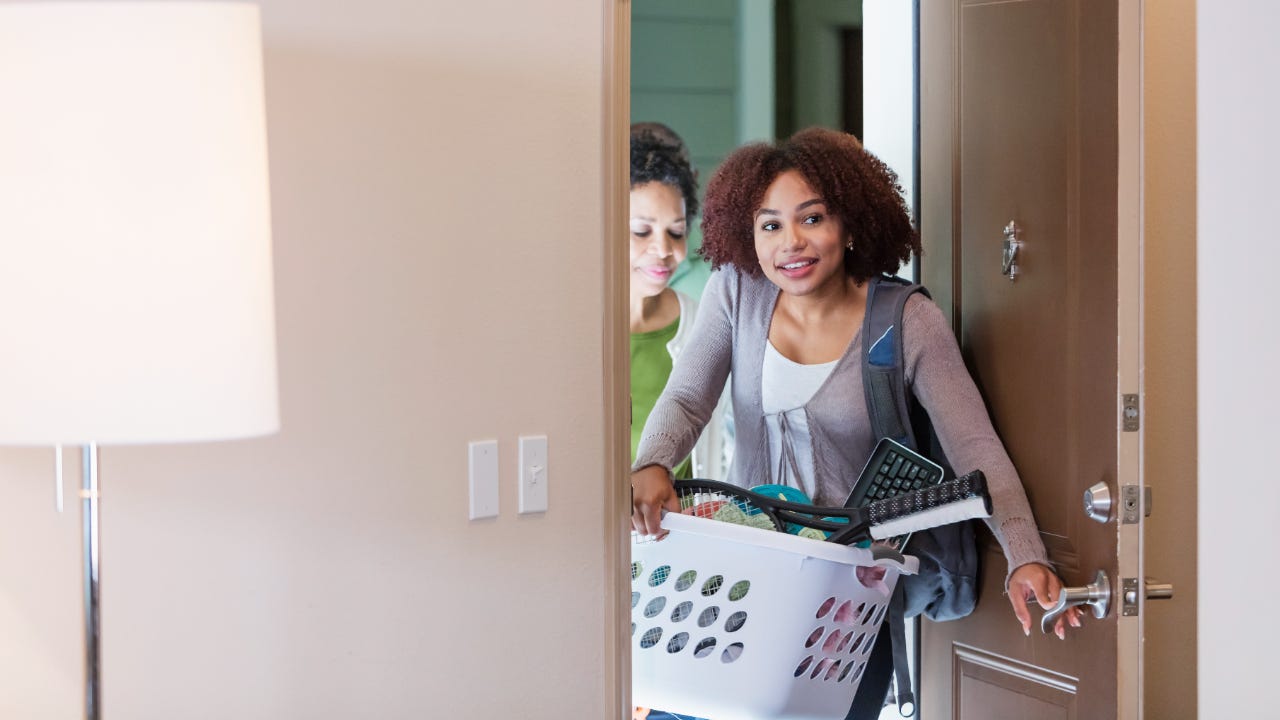 Zach Wichter
Edited By
Jeff Ostrowski
Edited by
Jeff Ostrowski
Senior mortgage reporter
Jeff Ostrowski covers mortgages and the housing market. Before joining Bankrate in 2020, he wrote about real estate and the economy for the Palm Beach Post and the South Florida…

Room and board at school can be a major expense for students who go away to get an education. Jeffrey Decatur, a real estate agent with RE/MAX Capital in Latham, New York, near Albany, said he’s seeing a growing trend of parents buying property for their children to live in during school as both a way to cut costs and as an investment. He spoke to Bankrate about this strategy, and talked through what you should think about when considering if it’s right for your family. His responses have been edited for length and clarity.

How common is it for parents to consider buying real estate in their kid’s college town?

Parents are realizing it’s a very viable option to purchase rather than doing the room and board thing, because it winds up benefitting all around in the long-run. You get a write-off, you can make a little money in the end, and it elevates your child’s learning. They have a different level of responsibility than the average college student.

Why is this a good strategy?

Within five miles of me, there are eight colleges or universities. It’s not super, super common, but considering I’m only one agent in an area of 3,800 agents, I’ve seen it enough that it’s something.

I had a parent buy their kid a house because first-year students weren’t allowed to have a car. So the parent bought them a house so they could keep their car and have a life. That was the first one and I thought, “Ooh, crazy rich people.” But it was actually crazy smart people, because they get the benefits of owning a house.

I started seeing it more and more with medical students and law students. Their parents wanted to make sure they had every advantage and weren’t distracted by other distractions going to school and they had a place to focus and be quiet and study and what have you.

One of the properties I actually sold three times, and it was to med students each time. That’s when I started realizing that it makes much more sense for someone to buy a house. One of my best friend’s kids, they were paying $6,000 or $7,000 per semester for room and board, that’s $14,000 per year. In our area, you can buy a house for that. My one friend who bought a house for their kid, they bought a three bedroom two bath, their kid got their own bedroom and bathroom, and then they rented out the other two rooms. They took that $14,000 per year, which was just a loss, they put that into a mortgage payment, and then they rented out those other two rooms for less than the college was charging for room and board. They made money off of it, and then when it came time for the kids to move on, they have a college rental or they can sell it.

Even if the market had gone down, they’re still saving money and making money, because they’re not lighting $14,000 per year on fire and throwing it out the window with room and board for the college.

When you look at it in those terms, there’s no real losing situation. You could end up making money or you end up saving money on paper.

Are there any drawbacks?

I guess you have to have confidence in your kid that they’re responsible and not going to trash the place and don’t need a brick wall, and that they’re going to continue through four years of school. That could be a potential drawback. In the big picture, real estate is never really a bad investment because it’s tangible and historically, yes there’s up and downs in the market, but historically, real estate always goes up. There’s no real downside in that aspect of things, but it can be more of a hassle when your student graduates, because then you have to sell the house.

I don’t know that it’s for everybody, but for financially astute people, or those who’ve got a few extra bucks to play with, it’s a viable option for them and saving all around.

If your kid’s taking out student loans, you’re not financing their living. You’re taking $60,000 of debt out of that equation for your kid and turning it into an investment.

What should people know if they’re considering doing this?

I always tell people to talk with their accountant or financial planner to make sure this makes financial sense. If it makes more sense for you to pay your kid’s room and board than it does for you to have a rental or investment property, then your accountant will be able to tell you that, and that’s above my pay grade. I know what I do and I know the benefits of that from some of the people I’ve worked with, but each person’s finances are different. Some parents see it as a good sink or swim moment for their kids, giving them the responsibility of having a house.

Always consult a professional no matter what the situation is, and make sure that you’re making a comfortable and educated decision. It’s not something to go into lightly.

Read more From Zach
Zach Wichter is a mortgage reporter at Bankrate. He previously worked on the Business desk at The New York Times where he won a Loeb Award for breaking news, and covered aviation for The Points Guy.
Edited by
Jeff Ostrowski
Senior mortgage reporter