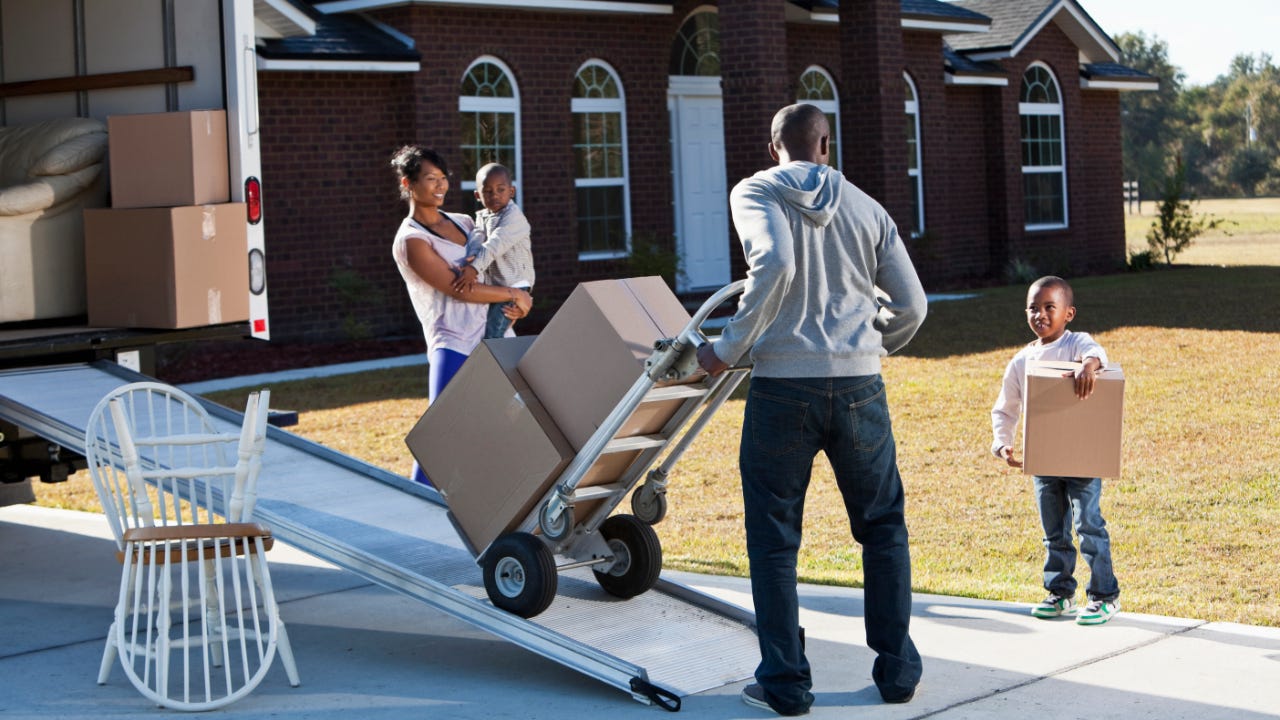 Cities aren’t dying by any means, but United States Postal Service (USPS) data analyzed by Bankrate shows that more people are moving out to the suburbs than moving into the downtown cores in this time of pandemic.

The spring and summer’s robust housing market was especially strong in the suburbs, reflecting the desire of many homebuyers to favor extra space over central locations as various industries shift their employees to working from home, possibly for the long-term — a work culture change instigated, of course, by the ongoing coronavirus pandemic.

Recent moving patterns show how cities and the suburbs and exurbs around them may be increasingly attractive to homebuyers as demand and real estate tastes shift.

The National Association of Realtors has been tracking the same trend. “Buyers are no longer wedded to city centers and small apartments which can often be unaffordable,” said Jessica Lautz, vice president of demographics and behavioral insights at the National Association of Realtors. “As workplaces have transitioned to remote work, homebuyers are able to purchase in less dense neighborhoods and have the benefit of more personal space within their home.”

Bankrate dug into change of address requests from the USPS from January 1, 2020 to mid-September 2020. USPS compiled the data by zip code, and only registered moves within or between zip codes with at least 10 requests over that period. (So, if three people or families moved from New York City 10001 to Schenectady, New York 12345, that pair would not show up in the dataset, but if 11 people or families made that same move, it would.)

Here are the top three trends we found:

Texas and New York had the highest moving rates

Led by people leaving city cores for more outlying areas, these two states saw the most population shifting in the period we looked at.

New York City saw the most change of any single metropolitan area, but as a state Texas saw more shifting overall because of moves around Houston, Dallas and Austin.

Washington, D.C., North Carolina and California rounded out the top five states for move-outs in this period. 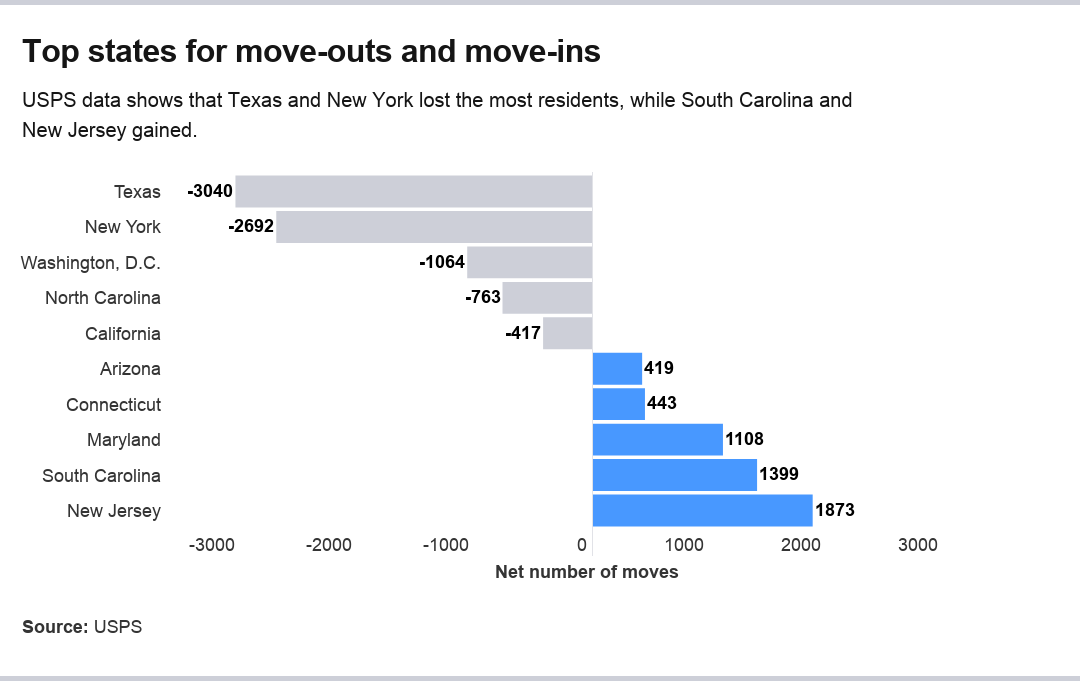 Suburbs and exurbs were top destinations

East Hampton, New York was the top mail forwarding location for people leaving Manhattan; Katy, Texas was most popular with those leaving Houston; and Mesquite, Texas, was the primary destination for those leaving Dallas. Katy and Mesquite are both about half an hour from the center of their main city, according to Google Maps. East Hampton is farther afield from New York but is a popular second home community for the city’s well-heeled.

Top 5 places where people moving out of Houston went

Top 5 places where people moving out of Dallas went

The large majority of moves in the time period we examined were made by people staying fairly close to the home they were leaving. In all, 3.6 million requests for mail forwarding were to addresses in the same county, compared with just 420,970 who moved beyond their original county line. 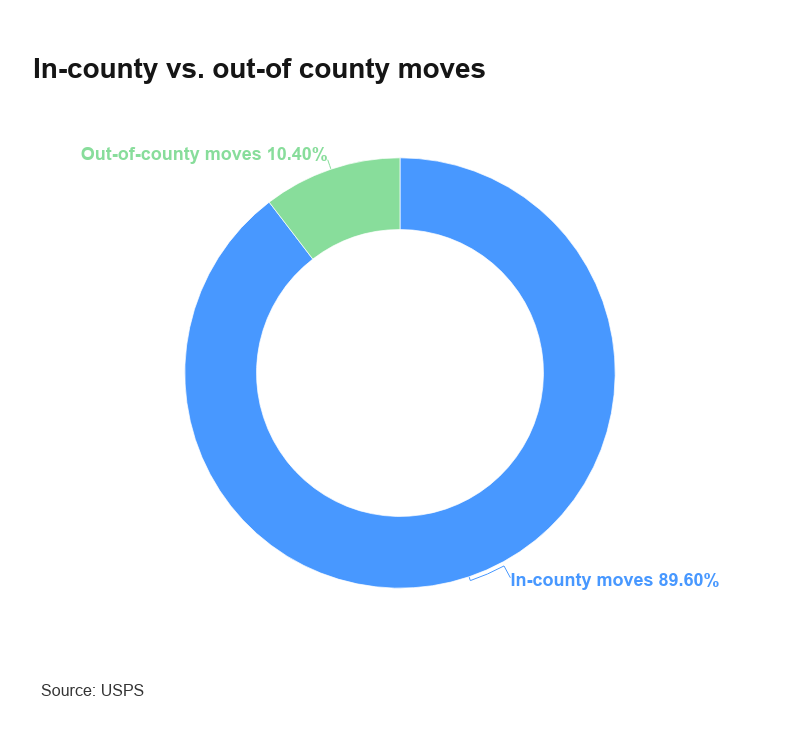 Even that doesn’t tell the full story, however.

In New York City, for example, those who moved away were still largely in easy reach of New York County, more commonly known as Manhattan. Many movers out of Manhattan just crossed the river to Brooklyn, while others set down in suburban areas including nearby parts of other states, or popular outlying vacation communities.

Top 5 places where people moving out of Manhattan went

With data analysis by Yuxiang Li.