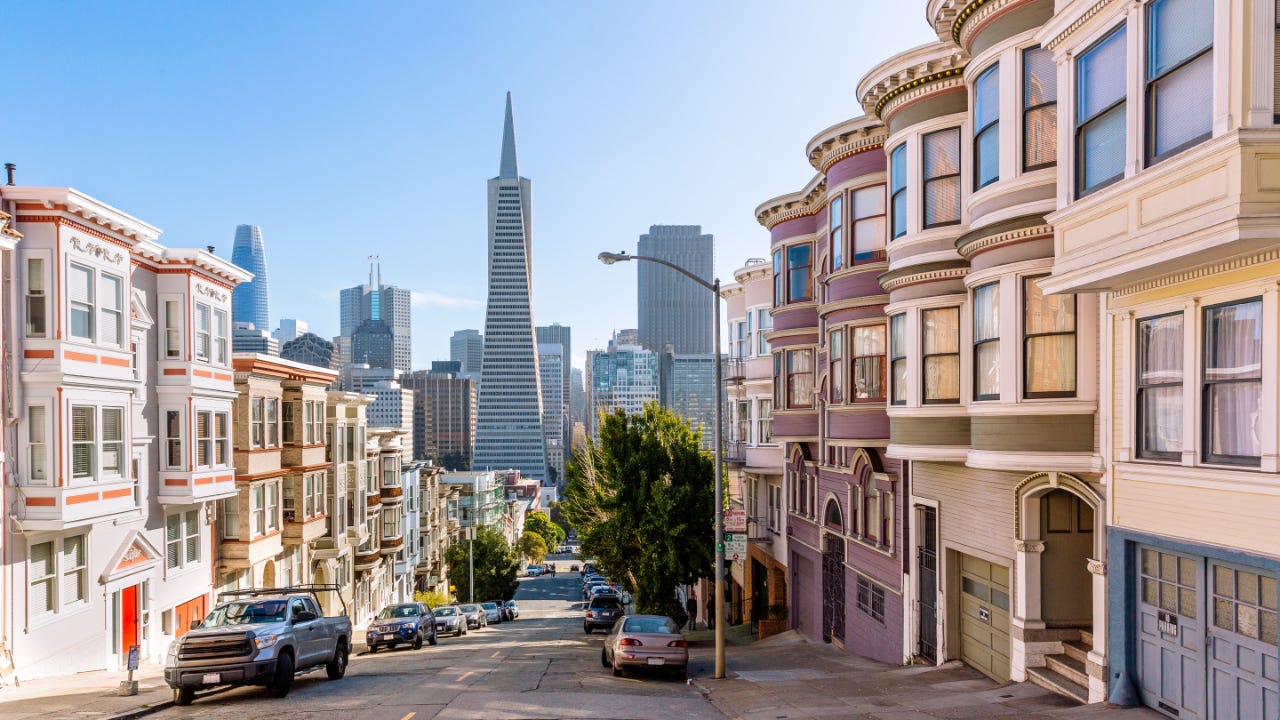 Today’s low mortgage interest rates are making homeownership more affordable for more people and have stimulated a real estate boom that has been a rare bright spot in this uneven pandemic economy.

But this boom foreshadows a coming bust, especially in cities where housing is already in short supply. The bottom line is that folks are going to hang onto those cheap mortgages, even further restricting inventory for sale at all levels of the market.

Mortgage rates are sure to rise again. When they do, becoming a homeowner will get more expensive for new buyers and moving will be a costlier proposition for many current owners.

The future effects of today’s low mortgage rates will hit some cities harder than others, and they’re likely to be most acute in places that already suffer from the most severe housing shortages.

Cities like New York and San Francisco already have extremely tight housing markets and are very expensive compared with other metro areas. People who are moving into starter homes in New York or San Francisco today may be priced out of upgrading in the future. Those who do move could also choose to hold onto their current property and rent it out, which would allow them to profit off their existing low mortgage rate.

“Everybody is locking into these mortgages below 3 percent, and as mortgages start getting up to 4, 4 and a half percent, that doubles a mortgage payment from where you’re buying today,” said Kevin Kieffer, a broker associate with Compass’ EastBayPro Team in the East Bay area near San Francisco. “That disincentivizes you moving, unless you’re relocating out of state.”

Kieffer said he personally bought a number of properties in the last housing downturn and is renting them out. The rents cover his mortgage payments and provide an extra source of income. He said he expects many new homeowners with rates as low as 2.25 percent to follow a similar tactic.

“I really think that, more than anything, is going to cause a huge lockdown in inventory,” he said.

Lawrence Yun, chief economist at the National Association of Realtors, agreed that the current mortgage rate environment could prompt some homeowners to stay put longer than they otherwise would.

“For people who are trying to consider moving, then they have to consider the higher mortgage rate or giving up the low interest rate in order to buy a new home,” he said. “In terms of mobility, maybe mobility gets reduced.”

But, he said, people will always want to live in cities like New York or San Francisco no matter the cost.

“Once it becomes a superstar city and land is restricted, it just becomes more expensive,” Yun said. “One way to address it is rezoning some of the commercial lots,” he added. “Some of the zoning regulations where, maybe it was for single-family, they could make it into multi-family.”

Building could ease inventory shortage in other places

Cities like San Francisco or New York are likely to see the most acute housing shortages once interest rates rise because they are already built up and have limited real estate farther afield.

Other cities have more land available in more convenient locations, so builders will be able to create new neighborhoods to counteract the potential dip in existing home sales.

“The housing shortage is really related to building,” Yun said. In places with more available land, there won’t be a housing shortage even if current homeowners stay put, so long as new homes keep going up.

Plus, Yun said, while mortgage rates are one factor that homeowners consider when they move, they are not the only variable in the equation.

“There’s always changing life circumstances that drive people wanting to move again, where the mortgage rate becomes a less important consideration,” he said. “Yes, there will be some people who don’t want to give up their low interest rates and will stay put for a long period, but there is this dynamism of people wanting to trade up, relocate for their jobs, etc.”

Even in cities with limited space available for new development, rebuilding neighborhoods to increase their density could ease the potential for a future housing squeeze.

The work from home wildcard

The pandemic has caused a rapid shift in the way people work, with more employers than ever allowing — indeed, requiring — employees to work from home for now. Many people moved out of cities and sought more space in the suburbs once it became clear that they would be working from home for the foreseeable future.

What’s less clear is how much people will continue working from home once COVID is under control. If people keep working virtually, the housing market is likely to look different five or 10 years from now than it will if most employees return to the office when the pandemic is snuffed.

“Five years from now it might be that work from home becomes so common that people are saying ‘San Francisco is expensive, I want to get an affordable home somewhere else even with high interest rates,’” Yun said.

If that happens, lower housing prices in other cities could draw residents of the “superstars” and might help offset higher mortgage rates. A population redistribution would ease the housing squeeze in some cities and could prompt more new construction in others.

On the other hand, if most people go back to mostly working from the office, the landscape will look different.

“The work from home thing, me personally, I can’t see this going on for 10 years,” Kieffer said. In his view, the housing shortage in some cities will only intensify once the pandemic is under control.

“I think all the big markets where you’ve got big job centers such as San Francisco, LA, New York, all of them are going to feel it significantly because none of those cities have places to build except far out on the edges of the city area,” he said.

If you don’t want to get squeezed out of the real estate market once mortgage rates start rising, there are some steps you can take today to secure your housing future:

Today’s low mortgage interest rates could compound the housing shortages in some cities by discouraging current homeowners from moving or selling. But, if people continue working from home, the housing supply may be balanced out by people moving to new, cheaper areas in other cities. The most popular cities can also guard against more intense housing shortages in the future by allowing for denser development.