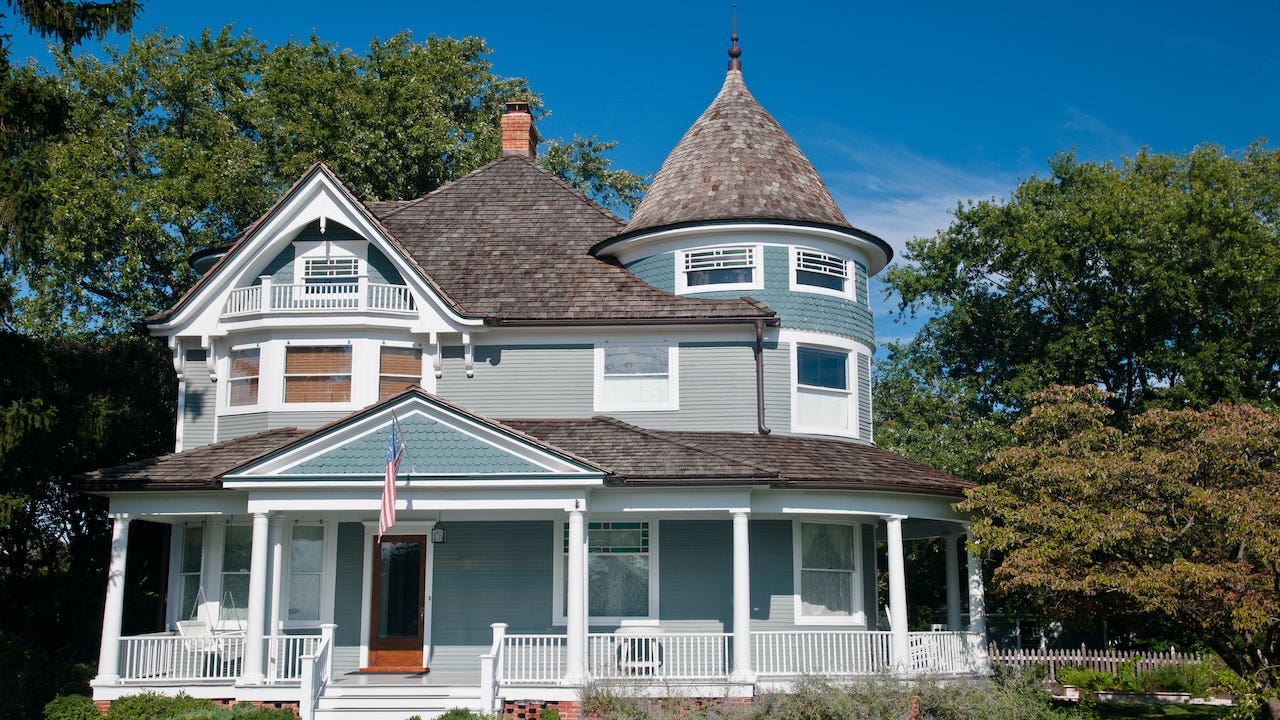 The median age of U.S. homes had risen to 39 years as of 2019, according to the latest American Community Survey. For homebuyers frustrated by fierce competition and soaring prices, older homes present a more affordable option. One obvious caveat: Aging structures require more maintenance.

“In many markets, those older homes are more affordable — but they come with an increased need for repairs and maintenance,” says Danielle Samalin, chief executive of Framework Homeownership, a company that coaches first-time homebuyers. “Budgeting for maintenance and repairs is critically important.”

Samalin speaks from experience: She and her family live in a 1799 home in western Massachusetts.

Samalin loves the home’s character, although she acknowledges that owning a home built during the presidency of John Adams isn’t for everyone. “Some people think we’re crazy,” she says.

Why homes are getting older

The aging of the U.S. housing stock is partly a lingering bit of fallout from the Great Recession. Overbuilding was a hallmark of the real estate bubble of 2005. Since then, builders have underbuilt. In contrast to the massive suburbs built in the 20th century, the homes that have gone up in recent years have skewed larger, pricier and less numerous.

The result? There just aren’t a lot of new homes in the U.S. housing market. Fully 65 percent of American homes were built before 1989, according to American Community Survey data.

Homebuyers are adapting to the new reality. According to a recent TD Bank survey of Americans aiming to buy their first home in 2021, fully 71 percent aren’t looking for a dream home. Instead, they’re shopping for a starter home or a fixer-upper.

“This low inventory has been out there as an issue since the financial crisis of 2008,” says Scott Lindner, national sales director at TD Bank Mortgage. “We haven’t really been adding a lot of inventory.”

‘We wanted the soul of the old home’

Samalin’s 3,000-square-foot home has no air conditioning or garage. Electricity hadn’t been harnessed when the house was built in 1799, and some rooms still have no overhead lights.

Despite the inconveniences, Samalin loves the house. “We’re very happy here,” she says.

Samalin tells homebuyers that a number of state and local grants and zero-interest loans are available to owners of older homes. She tapped into Mass Save, an initiative by Massachusetts’ utilities that funds improvements to energy efficiency.

That program is just one of many forms of financial assistance available to homeowners who opt to invest in aging properties. State and local governments also offer home improvement programs and historic preservation loans that carry favorable terms.

“It’s important for folks not to rule out this option,” Samalin says.

While an older home requires more attention than a new place, she says the payoffs are many. Her house was framed with locally harvested timber, and she learned that the home’s original owner was a minister who performed more than 100 weddings in one of the rooms in the home. Such quaint touches appeal to her desire to live in a home with a story, rather than a cookie-cutter tract house.

“We wanted the soul of the old home,” Samalin says.

Dawn McMullan lives in a home near downtown Dallas that was built in 1870. When she and her husband went house shopping 20 years ago, she was charmed by the Victorian home’s distinctive round windows.

“I thought, ‘That house is just calling to me,’” McMullan says.

She also loved the vintage woodwork inside the house. The brick chimney in the back adds to the Reconstruction-era ambiance. McMullan knew the home would need a lot of work, and the neighborhood wasn’t great at the time — but those factors helped push the house into her price range.

“It was very reasonably priced for Dallas,” McMullan says. “I just had a feeling that this was a unique area that was only going to come up in value.”

That prediction proved prescient. But maintaining an old house is a constant project.

“We gutted the kitchen, and we’ve reconfigured almost every space in the house by now,” McMullan says. “It’s certainly a money suck in a lot of ways.”

Because the house is in a historic district, many changes require city approval. And even after upgrades, McMullan’s home hasn’t been thoroughly modernized. There’s no garage, for instance.

“There’s still a place in my laundry room where I can see outside,” she says. “Sometimes it’s like camping.”

While mortgages are available for old homes, McMullan says appraisers can struggle to find comparable properties for her place — most homes in the neighborhood are 30 years newer. “It’s such an anomaly of a house,” she says.

In one incentive, McMullan received a property tax break for years, part of a city program to lure buyers to older neighborhoods.

Tips for buying an older house

When you buy an older home or one in need of work, closing is just the beginning of a long process. Some tips for navigating home repairs: