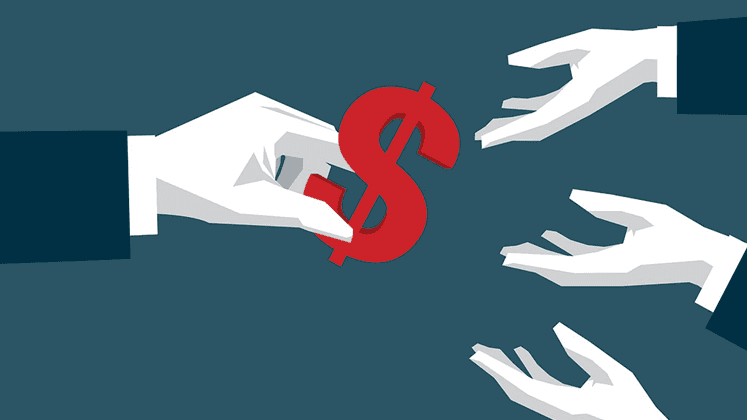 While the Federal Reserve doesn’t affect peer-to-peer lending rates directly, its actions can influence the rates that lending platforms set to attract investors and borrowers.

This became important in mid-December 2015, when the Fed announced a quarter-point increase in the federal funds rate. The 1st rate hike in nearly a decade is expected to have little, if any, immediate impact on P2P lending, but incremental increases in the coming years could lead to higher interest rates for borrowers as well as investors.

P2P lending experts say a continued path of interest rate hikes could lead to higher costs for personal loan borrowers and better returns for investors. To what extent that happens will depend on how quickly, and how high, interest rates rise.

Unlike bank loans where rates are directly correlated to the federal funds rate, P2P lending is supported by individual investors and lenders. Simon Cunningham, founder of Lending Memo, says rates are ultimately determined by what borrowers are willing to pay and what investors are willing to earn.

“It’s entirely market-driven. The only thing that causes rates to move is investor and borrower demand in the platform,” Cunningham says.

Those rates are based on risk and lumped into nearly three dozen risk grades at Lending Club. As of September 2021, rates ranged from 7.04% for borrowers with the highest credit scores to 35.89% for the riskiest borrowers.

Cunningham says interest rates have been attractive because low returns on certificates of deposit and Treasuries are forcing investors to look elsewhere for yield. The influx of cash has made P2P loans easy to obtain and at a low cost compared with unsecured personal loans from banks.

P2P loans are attractive for borrowers who don’t have access to a home equity line of credit, or those who are looking for a better deal than credit cards. Borrowers typically need a FICO score of 600 or above to be approved at Lending Club or Prosper, Cunningham says.

RATE SEARCH: Find personal loan rates that are customized for you.

It can take as little as 2 minutes to fill out an application and a few days to get a personal loan for up to $35,000. Terms stretch to 5 years and funds are delivered in as little as 3 business days, says Cunningham.

Peter Renton, publisher of Lend Academy, says that while the December decision has no immediate impact, P2P rates could slowly start to rise with further Fed rate increases.

In theory, he says rates on P2P lending platforms will move in tandem with and respond to the federal funds rate as it influences the market. Yet, Renton believes there will be a “spread,” and that P2P rate increases will not be on par completely with federal rate hikes.

RATE SEARCH: Compare personal loan rates and get started on an application today.

“I don’t think you’ll see rates move 1-for-1. There will be some compression. If interest rates (eventually) rise 4%, you might see a 2% to 2.5% increase in the rate for borrowers,” Renton says. “But even if that happens, it will still be a better deal than credit cards for most people.”

Cunningham says rising yields on CDs and Treasury bills could ultimately make P2P lending less attractive to investors if the gap between the “risk-free” yield and P2P yields starts to shrink.

Cunningham says investors could steer toward higher-risk profiles and shy away from A-grade loans since they carry the lowest rates. “Investors might not want (to invest in) 5% loans anymore. They’ll have to raise rates, or they won’t invest. But we’re not at that point, yet,” he says.

Investors typically minimize their risk by investing the minimum $25 across dozens, even hundreds, of notes. So, a person with a $5,000 investment might spread $25 in 200 notes of varying risk classes.

Longer-term loans may not be optimal

Lending Memo’s Cunningham says institutional investors, which fund the majority of P2P loans, may also trend toward shorter durations in a rising-rate environment.

Locking up funds in a 5-year personal loan may not be optimal when higher rates might be just a year away. “You could see a decrease in 5-year notes and an emphasis on 36-month notes or less,” Cunningham says. That could mean higher monthly payments for borrowers.

Renton says that while rising interest rates could impact borrowing costs and investor returns, it’s unlikely to negatively impact the industry itself. He points out that Lending Club and Prosper launched during a period when the federal funds rate was near 5% “and they did just fine,” he says.

“I see it as a strong business even in a (rising-rate) environment. There will always be people looking to invest at a premium and borrowers looking to refinance. P2P offers superior benefits for both, with yields for investors and lower rates than credit cards,” Renton says.