A view worth $60 million 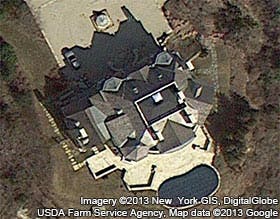 When you drop millions on oceanfront real estate, you’re probably not happy when someone builds a home that blocks your view. But for a high-rolling hedge fund manager, the solution is simple: Spend three times as much for another home just a few doors down.

In 2007, Cohen spent $18 million on his first home. Then, hedge fund manager James Chanos built the one that blocks Cohen’s view. So Cohen is moving down the street to a mansion formerly owned by Robert B. McKeon, a founding partner of the investment bank Wasserstein Perella, according to The New York Times.

Cohen was capping off a two-day spending spree with the purchase of his Hamptons getaway. The art world was abuzz with news about Cohen’s financial extravagance the day before, when he acquired a Picasso painting, “Le Reve”, for $155 million from casino owner Steve Wynn. He should have plenty of wall space in his new spread to display the masterpiece.

What about the place with the blocked view?

It’s unclear if Cohen plans to sell his original East Hampton home, but he is putting his duplex apartment in the Bloomberg Tower on the East Side of Manhattan on the market for an asking price of $115 million.

Cohen’s new home ranks among the most expensive deals on the South Fork of Long Island. As the housing market continues to rebound, watch for mansion-buying to become a competitive sport again.