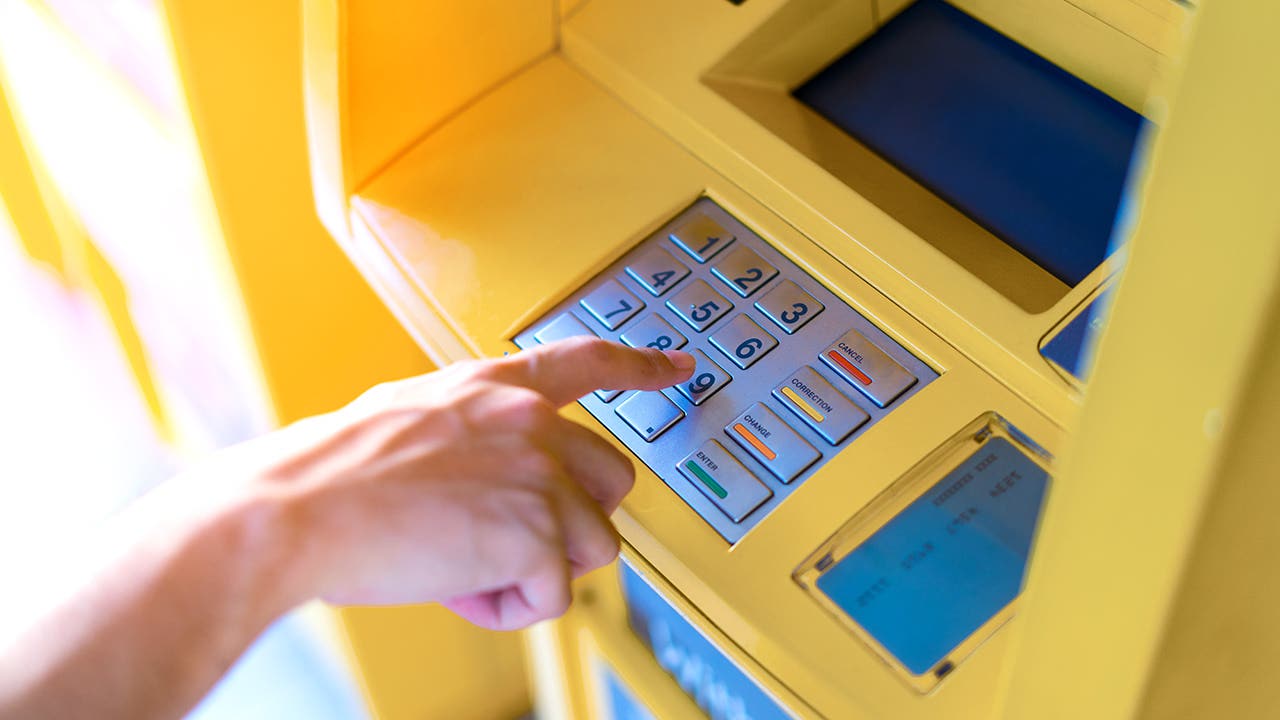 Even people who pride themselves on being cashless might need to withdraw money once in a while. That’s why it’s important to know your bank’s daily ATM withdrawal limits before an emergency hits and you’re scrambling for money.

How daily ATM limits are set

Generally, a bank will set the same default daily ATM limits for all of its customers, but the amount can vary from bank to bank. These limits are typically on a per-day basis.

At Bank of Luxemburg, a Wisconsin-based bank, the default limit for customers to make cash withdrawals at ATMs is $300. There are opportunities to request an increase, however, if needed. Customers who might seek such increases include truck drivers, who are on the road often, as well as families going on vacation, says DeAnna Tittel, senior vice president of retail at Bank of Luxemburg.

“We give that power right down to each branch manager,” Tittel says. “Even their relationship bankers — they do know their customers in our small communities.”

Talk with your bank to see if it will accommodate your cash withdrawal needs.

Some individual ATMs might have their own limits on cash withdrawals. For instance, a $1,000 daily ATM withdrawal cap on your debit card could be limited on an ATM that only allows up to $300 worth of withdrawals, says Rose Oswald Poels, president and CEO for the Wisconsin Bankers Association.

Though not time efficient, you may be able to go to more than one ATM for a cash withdrawal in this situation.

The daily limit for ATM withdrawals can vary, based on the account, for banks like BMO Harris, KeyBank, Morgan Stanley Private Bank, PNC Bank, U.S. Bank and Wells Fargo.

Why are there ATM limits?

The main reason banks have ATM limits is to protect your money and the bank in case someone has both your ATM card and the PIN.

Oswald Poels says withdrawal limits are in place because ATMs contain a limited amount of cash and to help keep fraud at bay.

“Should your card and PIN fall into the wrong hands, we certainly don’t want someone to be able to take out a lot of money from your account,” Oswald Poels says.

How to avoid daily ATM limits

Try splitting up large cash withdrawals over a few days, if you have the time. If your ATM limit is $300 each day and you need $600, you could withdraw $300 on two separate days.

You can also withdraw more money than what is allowed at the ATM by making the transaction with a teller at a bank branch.

Switching banks might be another option if you find yourself frequently wanting more cash than is allowed from the ATM in a day.

Obtaining a cash advance from your credit card is another way to get cash, but this works best as a last resort, since cash advances often come with fees and high interest rates.

Alternatives to the ATM if you’ve hit the limit

Default daily ATM limits might not cut it for some emergencies. Getting cash back with a debit card purchase made at a store could be an alternative.

This money will likely count toward your bank’s point-of-sale daily limit, which might be higher than your default ATM limit. The store you’re shopping at may limit the amount of cash you can take out at the register, though.

What to do before you need cash in an emergency

Finding out your bank’s ATM daily limit now may help you to be better prepared for an emergency situation. It’s also a good idea to use your debit or ATM card every few months to make sure it stays active.

Knowing both your card’s ATM withdrawal limits and the amount you’re able to withdraw from a certain machine can make a sudden need for cash easier to handle.

An ATM is convenient for withdrawing money from your checking account, as long as you don’t need more cash than the daily limit allows. In addition to knowing which machines won’t charge you ATM fees, it helps to know how much you’re allowed to withdraw at the ATM each day — and alternative ways to obtain cash, if needed.

Read more From Matthew
Matthew Goldberg is a consumer banking reporter at Bankrate. Matthew has been in financial services for more than a decade, in banking and insurance.
Edited by
Brian Beers
Managing editor