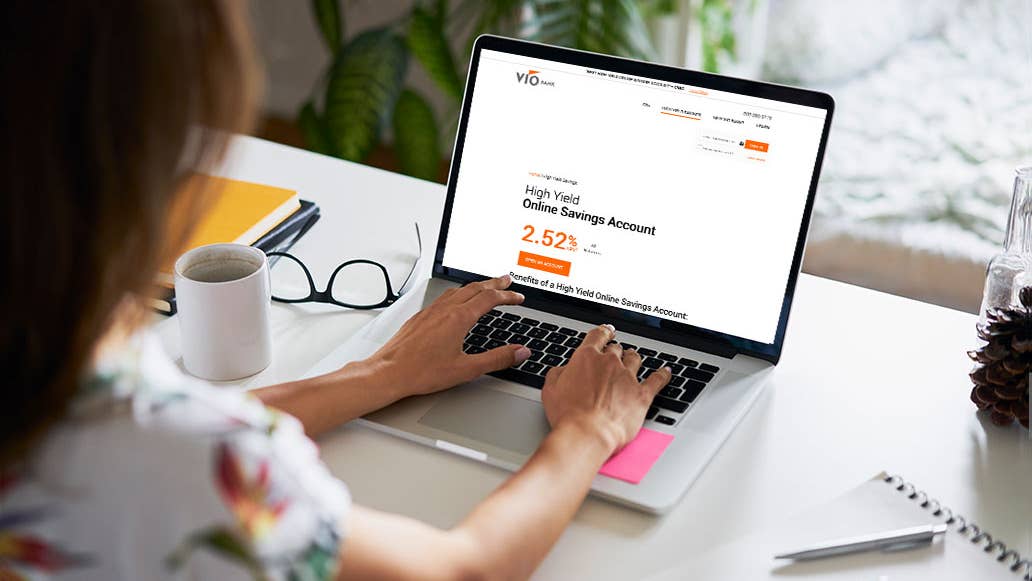 Interest rates may be holding steady, but savings account rates are still going up at some banks.

The offer from Vio Bank is currently the nation’s best yield for savers looking for a place to park their short-term dollars. It’s 1 basis point (one-hundredth of a percentage point) higher than the rate offered by Salem Five Direct, and it’s more than 25 times higher than the national average.

At this point, there are more than three dozen nationally available savings accounts paying at least 2 percent. Cash accounts offered by companies like Wealthfront also have competitive rates. But a recent Bankrate survey found that most Americans (69 percent) aren’t earning that much interest on their savings.

There are few requirements to earn the country’s highest yield with Vio Bank. The minimum deposit needed to open an account is just $100, and the top rate applies to all balances. If you don’t have much money to save, calculate how much interest you could earn by opening the account. Interest is compounded daily and credited monthly, giving account holders the chance to grow their savings more quickly than if interest was compounded monthly or quarterly.

Regulation D applies (as it does with other savings and money market accounts), limiting the number of times money can be withdrawn without a fee per statement cycle to six. For each excess withdrawal, there’s a $10 charge.

There are no monthly fees or service charges. But you could end up with a fee for leaving your account dormant for too long ($5 monthly fee after 12 months of inactivity), requesting paper statements ($5 per month) and addressing mistakes (like needing to stop a payment from being processed, resulting in a $30 fee). It’s not possible to end up with an overdraft, but if you have a negative balance, the bank can use the money in your account to cover your debts.

CD rates have been stalling lately and in some cases, declining. But savings account rates continue to go up at some banks. This is happening despite the possibility that the Federal Reserve may leaves interest rates unchanged this year.

“CD yields are locked in, whereas yields on savings accounts and money market deposit accounts can change at any time,” says Greg McBride, CFA, Bankrate chief financial analyst. “Banks don’t want to commit themselves to a higher than market return for an extended time, and that’s exactly what would happen with a CD. The competition is heated and the ongoing increases in yields on savings accounts reflects that.”

It’s still a good time to be in the market for a new savings account. Unlike with CDs, you won’t face a high penalty for making a withdrawal and moving your money to a bank paying a better rate.

“Liquid accounts like savings accounts and money market accounts have what I call ‘dual optionality,’ McBride says. “Yes, the bank can cut the yield at a later point if they so choose, but the saver is also free to take their toys and go play in someone else’s sandbox.”

Vio Bank is an online-only division of MidFirst Bank, a privately owned bank based in Oklahoma City. It made its debut in summer 2018. Besides its high-yield savings account, customers have access to CDs with terms ranging from six months to 10 years.