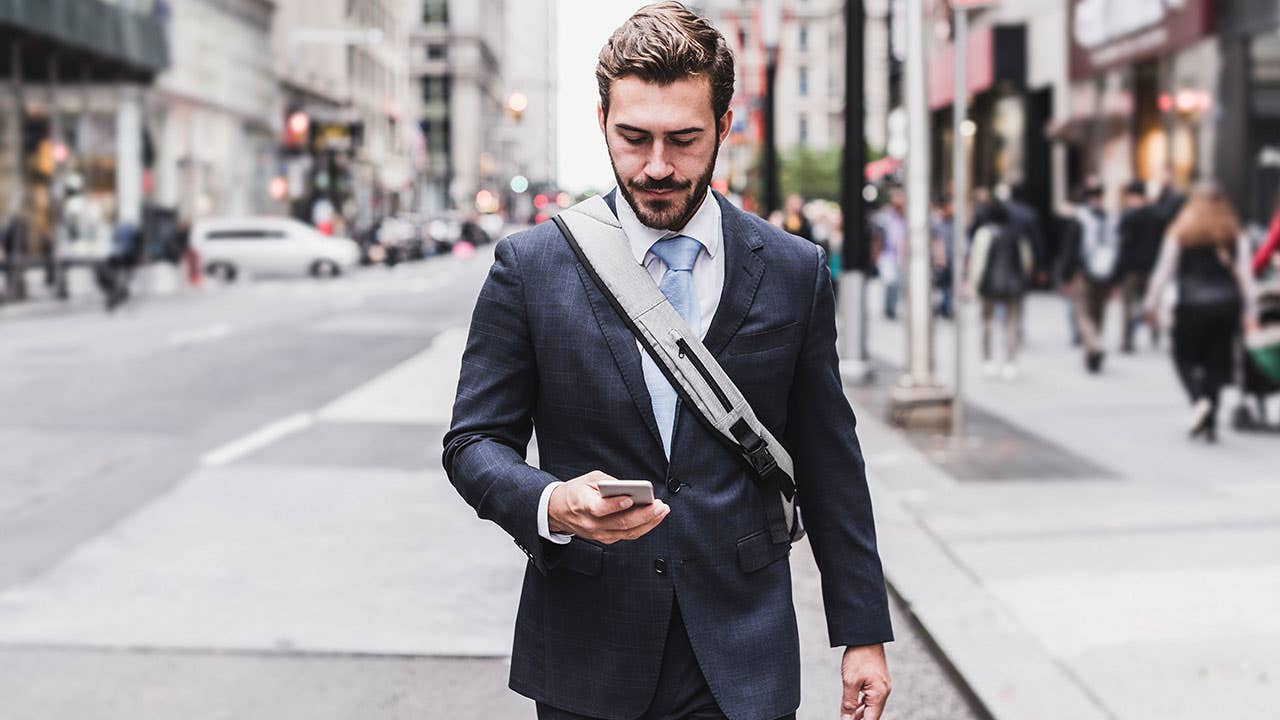 It sounds irresistible: Outsource your banking chore to an app so the task gets done automatically.

And in recent years, it’s been a proposition that all sorts of services have been making, including for savings. Instead of you logging into your bank account to pick an amount to transfer every so often, a growing list of mobile apps connect to your checking account to regularly move money into savings on your behalf. By redesigning savings, these services hope to coax you into forming a habit at a time when 23 percent of Americans have no emergency savings.

But to some, the scenario sounds like a risk for getting an overdraft fee. Unless there are controls in place, the app could think you can afford to save, when in reality, you can’t.

“It can be dangerous,” says Haroon Mokhtarzada, CEO of Truebill, a digital money management company.

What can go wrong with automated savings

Part of that danger has nothing to do with the company offering the app. It’s the bank, not the app, penalizing you with overdraft fees for automated savings mistakes.  For you, it’s expensive. The average overdraft fee is $33.23, according to a Bankrate study.

The problem widens for you because the U.S. payment system doesn’t always run fast. So, while you may request the app to return the money to your checking account, the undo button could still take a couple of business days to process. That’s a problem for those moments when you need the funds sooner.

“Every now and then, something unusual happens and you need access,” says Corey Stone, an entrepreneur-in-residence at the Center for Financial Services Innovation, a nonprofit focused on improving financial health.

It’s especially a risk for people who budget based on the amount of money in their checking account — a practice that Stone says is not uncommon and one that will lead to overdrafts if and when someone is navigating around zero.

It’s a perennial kind of danger, too. It’s long been a problem people have run into when they’ve automated their bill payments, and for some, it may very well be a reason they’re avoiding outsourcing the chore.

The allure of automating savings

There are plenty of reasons to use technology to kick-start a financial habit, including to make sure something gets done.

“Automating savings has a lot of promise in taking something that might be painful or hard to remember to do and just making it something that happens for you,” says Andrea Dinneen, a senior behavioral researcher at Common Cents Lab, a financial research lab at Duke University.

And yet, Dinneen says automating savings is something some consumers are wary of trying because they fear they wouldn’t have enough money to cover the transfers. So, Common Cents is gearing up to help run a number of experiments to see what might remove some of the reluctance and improve someone’s ability to save. In one study, it will work with Earn to test what happens when the nonprofit promises to pay for any overdraft fees incurred from automating saving transfers.

Other companies have already peppered in controls into their automated saving features.

Case in point: Truebill has been testing a flavor of automated savings with a subset of its users since October. Called Smart Savings, the feature lets users add parameters to avoid the risk of over-saving. So, users set up savings goals like “vacation” and “rainy day.” Then, they tell the app at what frequency they wish to save toward their goal and what amount they ultimately want to hit. They can also pause the service and set a balance threshold for the checking account so that the service will also pause if it dips below that number.

Digit, one of the most popular automated savings app, will automatically refund overdraft fees caused by the app. You can also put in a request for a refund and pause the service. Additionally, you can set a control, so that Digit will automatically transfer the amount back into checking if your balance dips below a certain amount. You can also set a cap on what Digit can pull into savings.

At USAA, its text savings tool won’t transfer money into savings if it puts the balance below $100. Wells Fargo, for another, lets people use a tool to automatically transfer $1 from their checking account into their Way2Save savings account when they pay for certain things. Like most banks, it also lets them set up recurring transactions. Importantly, the San Francisco bank says it won’t move funds from checking to savings if there’s not enough in checking to cover the transfer amount.

More ways to protect yourself from overdraft fees

One day, certain overdraft fees could become illegal. Currently, there is a proposal that would ban overdraft fees on ATM withdrawals and debit card transactions. But rather than wait for a day that may never arrive, you can take other precautions to improve your savings without worrying about getting dinged by an expensive fee.

Some recommend using services that make moving money into savings conditional on the amount of funds in your account.  “Look for services that are trying to find the best time and the best amount to minimize that risk,” CFSI’s Stone says.

You could also remove the overdraft risk by opening an account without overdraft fees. Banks like Chase and KeyBank offer products that don’t charge overdraft fees. You can also sign up for a service where you pay for overdraft protection. Brigit, for instance, charges a subscription fee to get cash advances as a guarantee you won’t overdraft.

Another safety precaution you can take is to set up alerts, so that you get reminders about savings transfers.

But if your bills are not aligned to your income, you may want to hold off on automating your finances. Instead, you may want to make your first move reaching out to your bill providers to request a different bill due date. Once those mismatches are removed, consider automating payments to free up mental space.

“We all have really busy, complicated lives where we are trying to remember and juggle a ton of things,” Common Cents’ Dinneen says. “Am I supposed to go to the grocery store? When do I need to pick up my kids from wherever? What am I going to cook for dinner? And automating something like bill pay or automating something like saving is just one thing you can take off the list and you don’t have to think about it.”