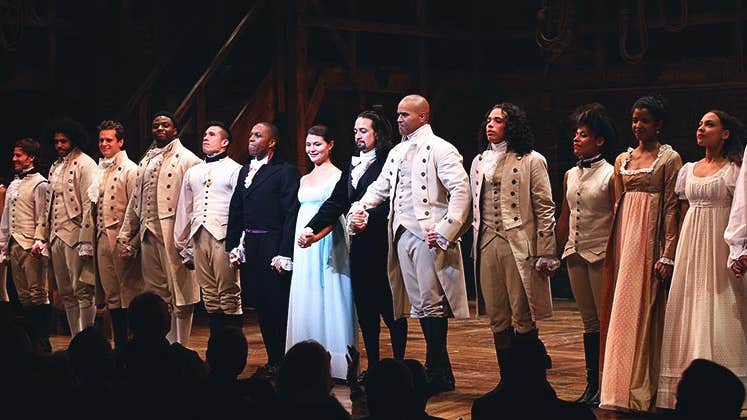 If you’re a fan of the musical “Hamilton” — which was nominated for a record 16 Tony Awards and took home 11, including best musical — you probably know more about founding father Alexander Hamilton than you did a few years ago. But what you may not know is that 2 of the biggest names in U.S. banking, JPMorgan Chase and BNY Mellon, owe their existence to Hamilton and his rival, Aaron Burr.

Hamilton and the 1st bank in New York

We usually think of megabanks as products of the modern age, but The Bank of New York, which became part of BNY Mellon in a 2006 merger, is the very same institution founded by Alexander Hamilton in 1784.

At the time of the bank’s founding, Hamilton had recently moved to the city to practice law following his time serving in the Congress of the Confederation.

RATE SEARCH: Find an interest-paying checking account near you.

Realizing that merchants in the rapidly growing city would need access to credit, he founded a publicly owned bank modeled after the Bank of North America in Philadelphia (which was also the first U.S. initial public offering, or IPO), says Robert E. Wright, Nef Family Chair of political economy at Augustana University and author of several books on Hamilton and other Founding Fathers pivotal in creating the U.S. financial system.

“The Bank of North America was quite successful. There was no reason, once the (Revolutionary War) concluded, why people in other cities, which at this time are just all big urban international points, shouldn’t start up banks of their own,” Wright says. “There was one set up in Boston and then Hamilton said, well of course, New York needs one as well.”

Hamilton himself wrote the charter, and it was approved by the New York legislature in 1791. The bank’s impact was immediate, not only in lending but in all kinds of economic activity. At that time, money issued by government entities was mostly good only for paying taxes, so if you wanted practical paper currency you could use, you turned to banks, which would issue notes you could convert to gold or silver at fixed rates, Wright says.

No loans for political opponents

One thing The Bank of New York wouldn’t do? Lend money to members of the Republican political faction led by Thomas Jefferson.

We may think we live in a politically divisive time now, but in those days, being in the wrong political party could cost you access to credit, says David Cowen, president of the Museum of American Finance, which now occupies The Bank of New York’s original site.

“The head of that bank and the board of directors of that bank were Federalists, which meant that Federalists got loans from that bank,” says Cowen. “This is really irksome for the other side.”

From Hamilton’s point of view, lending to Federalists made sense, Wright says. The bank’s charter put a limit on the amount of capital it was allowed to hold — $1,000,000 — so the demand for loans quickly outstripped the amount the bank could afford to lend. And since the rate the bank could charge on loans was capped by usury laws at 7%, they couldn’t raise interest rates to reduce demand for loans. So bank officers resorted to lending to people they knew and trusted — and that was typically other Federalists.

Aaron Burr and the Manhattan Co.

New York businessmen on the other side of the political divide didn’t much care for the situation.

“The Republicans were getting shut out of loans at the Federalist banks,” Cowen says. “They weren’t getting loans because of their political affiliation.”

To establish their own bank, the Jeffersonian Republicans needed a charter approved by New York’s state legislature, but with a Federalist majority in both houses, and bank charters being a contentious political issue in general, that looked unlikely.

Enter Aaron Burr, a prominent New York lawyer, politician and Jeffersonian Republican. At the time, the New Yorkers had serious concerns about the city’s water supply — yellow fever, thought to be spread through contaminated water, had killed hundreds of New Yorkers over the years, and popular demand for clean water was high.

Burr proposed a bipartisan solution — a bill to create a state-chartered, private company to build a new water system that would solve the problem. 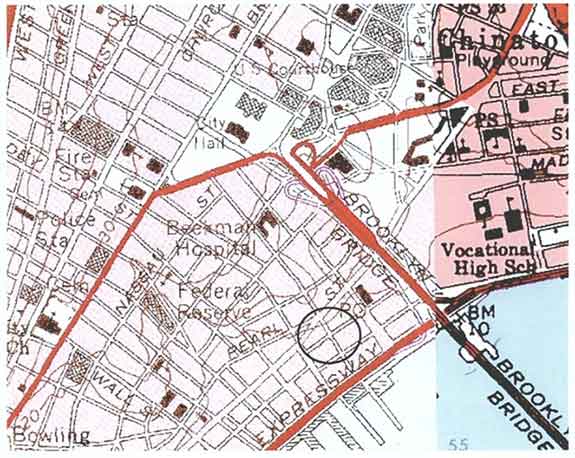 “Burr says, ‘Let’s get fresh water for New York,'” says Cowen. “Everybody gets on board, and they get 6 champions to go up to the legislature, 3 Federalists and 3 Republicans. On top of this, Burr had voiced that he was kind of anti-bank in the past, so no one saw what was coming.”

With significant help from Alexander Hamilton and the head of The Bank of New York, who were among the 3 Federalist champions, Burr sold the idea to the New York legislature, which voted the bill into law, most likely without reading it too closely, near the end of the legislative session.

Burr made a last-minute change that no one noticed: language in the bill that said “the water company can take deposits or make loans,” Cowen says. Burr effectively created a bank behind the backs of Hamilton and the other Federalists.

The Manhattan Water Co. turned out to be a lousy water company, delivering spotty service through pipes that were little more than hollowed-out tree trunks. But it became a profitable bank. The Manhattan Bank eventually merged with Chase Bank to create Chase Manhattan, which would in turn become JPMorgan Chase, today the largest bank by assets in the country.

From frenemies to combatants

Before the Manhattan Water Co. episode, Burr and Chase were more frenemies than mortal enemies. While Burr beating Hamilton’s father-in-law in an election had created some friction between them, the 2 men were colleagues in New York and had gotten along reasonably well, Cowen says.

After this? Not so much.

“People who had been shut out of loans from the Federalist institutions, boy, they’re thrilled. They all of a sudden have access to bank loans,” Cowen says. “But Hamilton has been totally tricked by this procedure, as have the other Federalists who supported it, and this is one of the major, major straws that’s going to break between Hamilton and Burr, and they’re not going to get back on the same page again after this, ever.”

Breaking the Federalist monopoly on New York banking would prove to be a turning point in the history of the country. Jeffersonian Republicans made rapid political gains in the city because they could lend to New York businessmen.

“I’d argue that it plays the key role in the election of 1800, because Jefferson wins by New York,” Wright says, thanks to these businessmen, who “were the swing group.”

That election resulted in a tie in the Electoral College between Jefferson and his running mate, Burr. The decision was thrown to the House of Representatives, which deadlocked 35 times before Hamilton persuaded his fellow Federalists to hand the presidency to Jefferson over Burr.

In byzantine fashion, that same election saw Hamilton successfully campaign for Jefferson to win the presidency over Burr, further deepening their dislike of each other. From there, all it took were some disparaging comments about Burr from Hamilton to get into the newspapers to set the stage for the famous duel that would take Hamilton’s life (and makes an especially dramatic scene in the musical).

For his part, Wright has been surprised by the popular fascination with Hamilton, both the man and the musical. When he met “Hamilton” creator Lin-Manuel Miranda years ago when he was working on the play, he never imagined it would be a hit.

“I thought, well, this is kinda neat, but I don’t think this is ever going to go anyplace,” Wright says.

Wright says he plans to see the show soon.