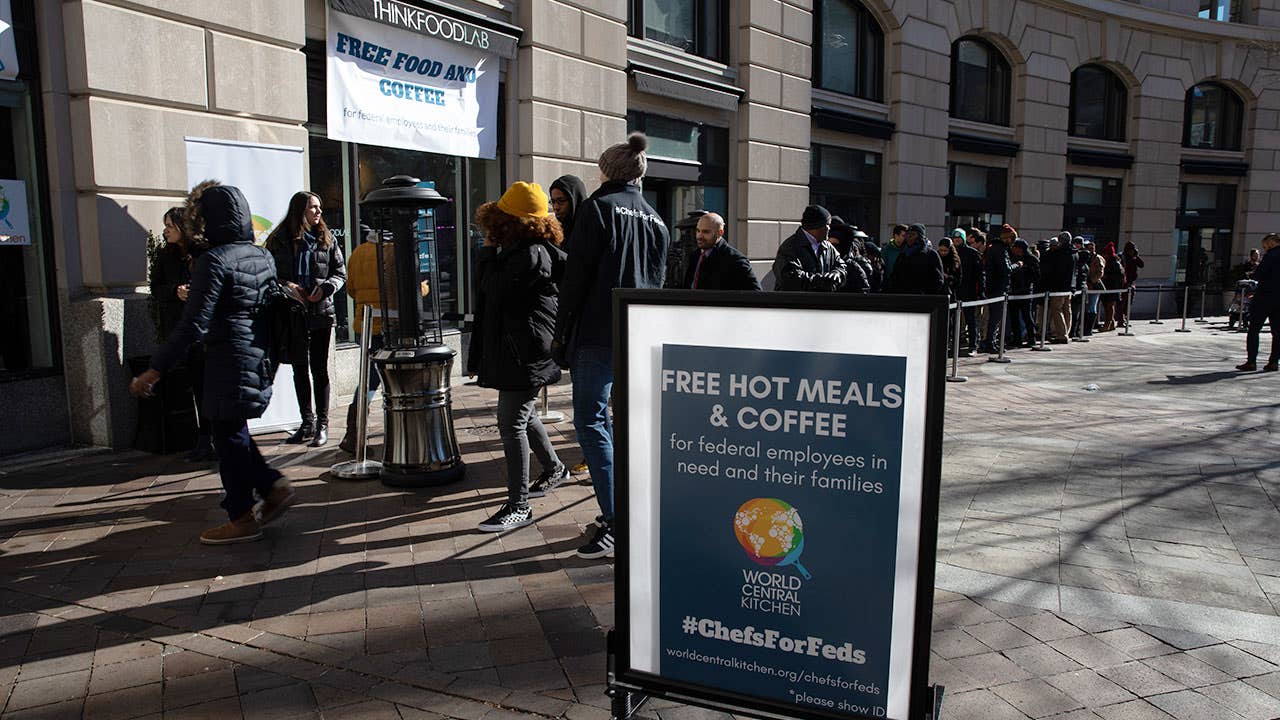 A temporary end to the longest government shutdown in U.S. history comes with more lessons than just learning to get along.

President Donald Trump announced on Friday a deal to reopen the government for three weeks after clashing with congressional Democrats over funding for a U.S.-Mexico border wall. An estimated 800,000 federal workers went without pay for 35 days, and an additional 1.2 million contractual workers also didn’t earn a paycheck, according to Bloomberg.

Trump said federal workers wouldn’t have to wait long for their furloughed wages, though that doesn’t apply to contractors.

“I will make sure that all employees receive their back pay very quickly,” Trump said from the White House Rose Garden following the announcement. “It will happen fast.”

For some, however, the damage is already done. Many federal workers relied on local food banks and charities to make ends meet, unprepared for life without a steady income stream. Others likely turned to credit cards or loans to fund necessary expenses, says Mark Hamrick, Bankrate’s senior economic analyst.

More than 25,000 federal civilian employees filed claims for unemployment benefits as of Jan. 12, indicated in the Department of Labor’s weekly jobless claims report.

Regardless of the response, the takeaway is clear: Emergencies are inevitable, and pocketbooks must be prepared.

“The partial shutdown is a reminder that unexpected events, either interruptions in income or expenses, do occur over the course of our personal financial lives,” Hamrick says. “It underscores to all of the American public the need to try to focus on emergency savings.”

7 in 10 Americans have inadequate emergency savings

To prevent spiraling into debt from unexpected costs, experts recommend holding six months’ worth of expenses in a savings account. But a Bankrate survey from June 2018 shows financial preparedness is dreary. About 71 percent of adults said they didn’t have six months of emergency savings.

Meanwhile, a recent Bankrate survey found that only 40 percent of Americans would cover an unexpected $1,000 expense with their savings. More than a third said they would rather borrow money, either through credit cards, personal loans or asking family or friends.

This creates a never-ending cycle, says Mackey McNeill, a certified public accountant who is president and CEO of Mackey Advisors in Kentucky. Consumers who don’t prioritize savings are more likely to continue racking up debt, she says.

“You’ve got to learn how to save money,” McNeill says. “That’s why you’re getting into credit card debt; you’re never saving anything up.”

The federal shutdown also comes on the heels of the holiday shopping season, when spending typically skyrockets. Consumers expected to spend $1,536 last December, up 25 percent from the year earlier, according to a survey from Deloitte. A missed paycheck means it’s even harder to pay off these accumulated bills.

Many of the 2 million total employees who went without pay, especially the contractual workers, were already low on the salary scale, says Alan Berube, senior fellow and deputy director of the Metropolitan Policy Program at the Brookings Institution in Washington. Many were janitors or food service employees, and all are likely to live paycheck to paycheck on the best of days.

“Their jobs don’t pay very much. They barely cover the ongoing expenses that families have for basic necessities: shelter, utilities, food, clothing,” Berube says. Six months’ worth of expenses “is a significant amount of money to save up when you’re at a $30,000 job.”

But even putting back as little as $5 each paycheck is better than nothing, McNeill says. Over time, consumers can start saving even more as they become more confident in their finances.

It’s also helpful to identify discretionary expenses and determine exactly how much money is leaving your bank account, Hamrick says.

“The foundation to all of this is to live beneath one’s means, not to live at the break-even point,” he says. “Unfortunately, too many Americans walk that tight rope precariously so, and whether it’s a partial government shutdown or whether it’s a situation where layoffs are announced by a company, it reminds us that unexpected events do occur.”

But the economy may be on federal workers’ side. The Federal Reserve’s most recent Beige Book, a summary of anecdotes from business contacts throughout the country, frequently mentioned that employers were struggling to fill vacant positions, meaning private-sector jobs are available if the recent uncertainty surrounding government work causes too much anxiety.

“The bloom is off the rose in some cases – the notion of being employed by the federal government,” Hamrick says. “If there’s a time to look, this should be a good time, from the vantage point of the historically low unemployment rate.”

But moving forward often starts with realizing that rainy days do come, regardless of the industry.

“My firm belief is that when life gives you something you didn’t expect, the most important thing you can do is learn from it,” McNeill says. “If you were a federal employee, it’s a wake-up call. What can I learn from this, and how can I turn this around as an opportunity?”