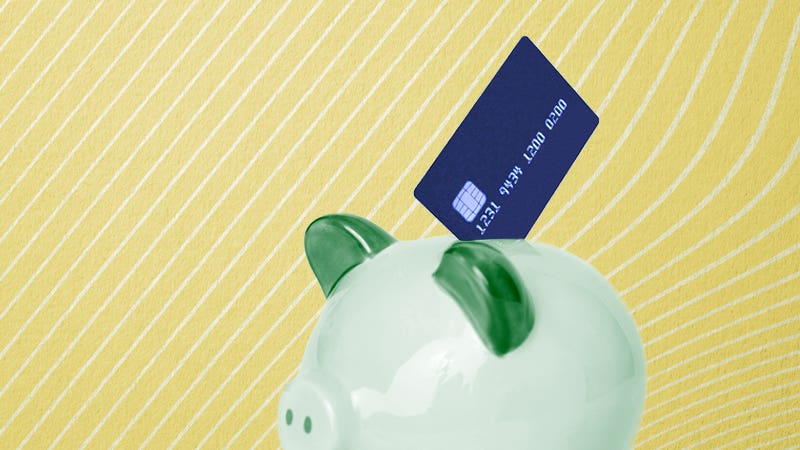 Beyond the question of whether the chicken or the egg came first is another dilemma: Is it better to pay down debt or prioritize saving for emergencies?

Bankrate’s February Financial Security Index found that for nearly half of respondents (45 percent), saving up more money for a rainy day is a higher priority than paying down debt. That’s not to say debt isn’t a big problem — among American households, for example, total credit card balances just hit $930 billion, an all-time high.

Forty-nine percent of U.S. adults say they have more emergency savings than credit card debt. That’s up from 44 percent in the past year, but it’s lower than results in previous years that ranged from 51 to 58 percent.

“It’s troubling that we can be this far into an economic expansion and not see the needle move in terms of emergency savings and credit card debt among households,” says Greg McBride, CFA, Bankrate chief financial analyst.

Many people admit that they’re lacking emergency savings. A recent Bankrate survey found that if faced with a $1,000 unplanned expense — like a trip to the emergency room or a car repair — only 4 in 10 (41 percent) would cover the unexpected cost using savings.

Still, across every income group and level of educational attainment, folks are more likely to have more emergency savings than credit card debt. This is most likely the case among the highest earners and the most educated Americans.

“There’s more ability to save and there will be less of a reliance on debt for everyday expenses,” McBride says.

Boosting savings vs. paying down debt

Just 6 percent of Americans say they’re working on padding their emergency fund and paying down debt at the same time. Most have decided that one or the other will be their top priority.

Households in every income bracket, for example, say that saving more for emergencies is a bigger priority than paying down debt or accomplishing other goals. The decision to focus on saving for the unexpected is also something both Democrats and Republicans in the study are more likely to agree on.

Across different generations, increasing emergency savings is more likely to be of greater importance than other achievements. Older millennials, however, are the exception. Adults ages 31 to 39 are more likely than others to say paying down debt is a higher priority. Half say this is a greater concern than anything else.

“What we have seen in in the polls over the years, particularly among older millennials, has been a focus on building up emergency savings and an aversion to debt,” McBride says. “If you’re somebody in your early 30s who’s managed to put away some money for a rainy day, but you’re really focused on getting out of debt — that would be an appropriate priority.”

The young and the debt-ridden

Younger millennials are the only age group more likely to have a credit card balance that’s higher than the amount they have in emergency savings. That’s true for nearly half (46 percent) of adults ages 24-30. They’re also more likely than anyone else to struggle with student loan debt.

“Younger millennials tend to have less money saved, so they’re the most likely to struggle with unexpected expenses and day-to-day living costs,” says Ted Rossman, industry analyst with CreditCards.com, a Bankrate sister site. “A positive spin: Younger millennials have time on their side. Every $1 they invest could grow to $15 or even $20 by the time they retire, thanks to compound interest.”

For those with credit card debt and very little in terms of emergency savings, some experts recommend tackling debt first.

“I’m not an advocate of credit card debt in any way, shape or form,” says Michael Gerstman, CEO of Gerstman Financial Group in Dallas. “And I think when you can kind of reset, get rid of the debt and get back to square one, that’s when you can start really focusing on accumulation.”

While there are different ways to approach paying down credit card debt, Gerstman suggests paying off the highest interest rate card first to save money.

Despite the three Federal Reserve rate cuts in 2019, credit card rates haven’t moved much. After all, the Fed hiked rates nine times before starting to lower them. McBride’s advice for tackling credit card debt: Take steps to improve your credit, transfer balances to cards with lower rates and take advantage of zero-rate promotional offers.

McBride agrees that paying off high-interest credit card debt quickly is important. He also offers a strategy for households hoping to knock out debt and increase their emergency savings at the same time.

“These are often presented as either or, but the reality of it is you can and should work toward both goals simultaneously,” McBride explains. “Successful saving is all about establishing the habit. Set up a direct deposit from your paycheck into a dedicated savings account. The savings happens before you even see your paycheck. And with what’s left, then you can really focus on hammering away at your debt.”

This study was conducted for Bankrate via telephone by SSRS on its Omnibus survey platform. The SSRS Omnibus is a national, weekly, dual-frame bilingual telephone survey. Interviews were conducted from January 21-26, 2020 among a sample of 1,011 respondents in English (976) and Spanish (35). Telephone interviews were conducted by landline (307) and cell phone (704, including 489 without a landline phone). The margin of error for total respondents is +/-3.51% at the 95 percent confidence level.  All SSRS Omnibus data are weighted to represent the target population.