Super savers: How much is too much to put in a savings account? 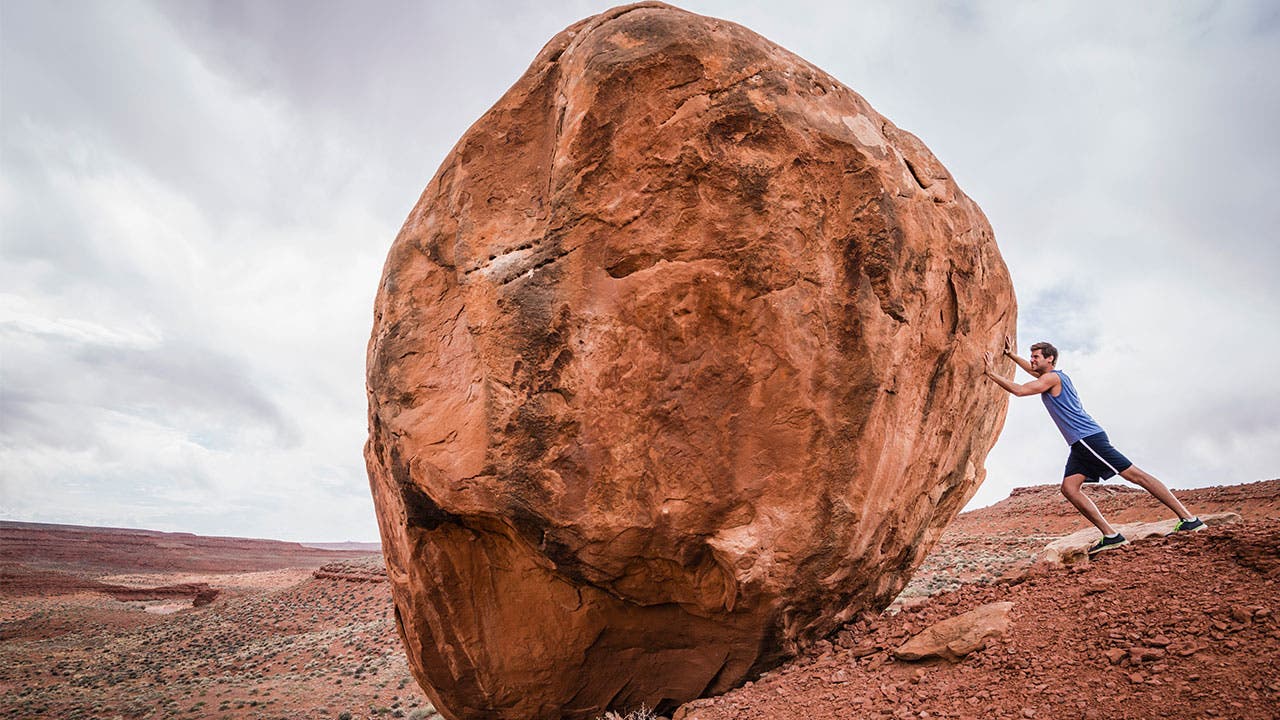 Whether we’re talking about preparing for retirement or preparing for an unexpected crisis, what’s clear is that many Americans just aren’t saving enough money.

Some folks, however, have the opposite problem.

Doug Mitchell and his wife, for instance, keep between $150,000 and $200,000 in a joint money market account they opened roughly 15 years ago. Loyalty to their local bank, he says, has kept them from moving the money elsewhere. He also wants to keep the money in a safe place that he can dip his hand into as needed.

“I’d love to jump on a CD for, you know, three years or something that I could get a better return on,” says Mitchell, 48, an independent life insurance agent who co-founded Ogletree Financial Services. “But at the same time, I like being able to have access. I’ve got a 15-year-old that’s going to need a car here in the next six months. We like to travel and with our income being self-employed, it’s not always the same each month.”

Thirty-six percent of Americans have anywhere from $25,000 to $200,000 or more in personal savings, according to a recent survey and report released by Northwestern Mutual. If you’re wondering how much is too much money to keep in a savings account, experts say there’s not a single threshold or rule of thumb.

Source: Northwestern Mutual (Based on a survey of 2,000+ respondents)

Generally, financial planners recommend having between three to six months’ worth of emergency savings. But the total amount you’ll need to set aside may vary.

Some people may need to have enough savings to cover nine months’ worth of expenses, says Chantel Bonneau Stewart, a wealth management adviser at Northwestern Mutual in Los Angeles. It all depends on your financial situation, how much money you’re making and your job stability.

If you know how much money you’re spending on living expenses each month, you can figure out how much money you should earmark for emergencies, Stewart says. If you’re spending $4,000 a month on things like food, housing, utilities and credit card payments, multiply that by three, six or nine to figure out how much you should have saved (depending on how long you think you could live comfortably).

Even if you’ve saved enough money for emergencies, you may need to keep extra cash on hand, particularly if you have short-term goals, like saving money for your kid’s college education or a down payment on a home.

Keeping the money in a savings account may make sense, especially if you’ll need to use it immediately. And with the best savings accounts paying as much as 2.27 percent APY, you could make the case for putting your money in a liquid account rather than a CD.

“The point of having the cash is to be super flexible and have that liquidity,” says Kristin McFarland, a wealth adviser and CFP professional at Darrow Wealth Management in Boston. “So to lock it up in a CD may not make sense in a lot of situations.”

How to maximize your extra cash

If you don’t have any short-term savings goals, take a step back and see if that money could be put to better use elsewhere. Consider whether it makes sense to use your extra savings to pay down debt or max out your retirement accounts, McFarland says.

Or decide whether it makes sense to invest it. The S&P 500 has shown average annual returns of about 10 percent since 1970, says Melissa Sotudeh, a wealth adviser at Halpern Financial, a wealth management firm in the Washington, D.C., region.

Having piles of cash sitting in your account for no reason is a bad idea. Over time, you’ll lose earning power because of inflation. On the other hand, just because you invest that money doesn’t mean you’ll end up with a greater return on your investment.

“If the money was invested and earned an annual return of about 7 percent, the amount would double over 10 years,” Sotudeh says. “Of course, there is no guarantee you would receive 7 percent per year because markets fluctuate from year to year.”

When it comes to figuring out how much is too much money to stash in a savings account, there’s no one-size-fits-all approach. If you have enough money saved for emergencies and retirement, deciding how to invest your extra funds will vary depending on your risk tolerance, financial plan and time horizon for using the money.

Many people look for a cheat sheet for figuring out how much money they should allocate toward cash investments, but there isn’t one, Stewart says. The key to deciding what to do with your excess cash is knowing your financial goals.

It’s also helpful to have an expert in your corner. Look for a fee-only, fiduciary financial adviser who has no ties to any bank, broker or insurer, Sotudeh says.

One clear sign that you’re saving too much money in a savings account: You’ve gone over the $250,000 limit set by the Federal Deposit Insurance Corp. for each account holder for every qualified account type. If something were to happen to your bank, you’d run the risk of losing your uninsured funds.