One issue remains the biggest economic concern among Americans, regardless of their age, income or education level.

In a sign that the drama in Washington has fully captured the nation’s attention, consumers name the political environment there as the greatest threat to the economy over the next six months, according to a Bankrate survey.

The rancor is seen as the top risk by old and young, rich and poor, and college graduates as well as those with a high school education or less.

Does Washington have you worried? Ramp up your savings as a hedge against whatever comes.

After the political climate (chosen by 36 percent of respondents), North Korea is the No. 2 threat (at 24 percent). Rising interest rates and terrorism tie for third (with 10 percent each), followed by a drop in the stock market (8 percent).

“Yet Americans’ angst about rising interest rates or a stock market decline barely registers,” he adds.

Survey shows its own political split


The only variation in the risk ranking comes from self-identified Republicans. They say a confrontation with North Korea is the biggest economic threat (30 percent); political gridlock is their second choice (21 percent).

Like other Americans, Democrats and independents are most concerned about the clashing in the nation’s capital.

The economy has been doing fine, with many indicators — such as the unemployment rate — remaining positive. But there are some worrying signs that consumers may be getting overextended. The Fed recently reported that credit card debt has hit a new all-time high.

A survey of economic forecasters conducted this month by the National Association for Business Economics found that though a recession is unlikely in the near term, there are more negative signs for the economy than positive ones.

Coping with the chaos


Many Americans are able to shrug off the brawling among the nation’s leaders.

Whether the economy can weather all of the political noise remains to be seen. Be sure to maintain an emergency fund in a high-yield money market account so you’re ready just in case things take a downward turn and the long-running economic recovery finally comes to an end. 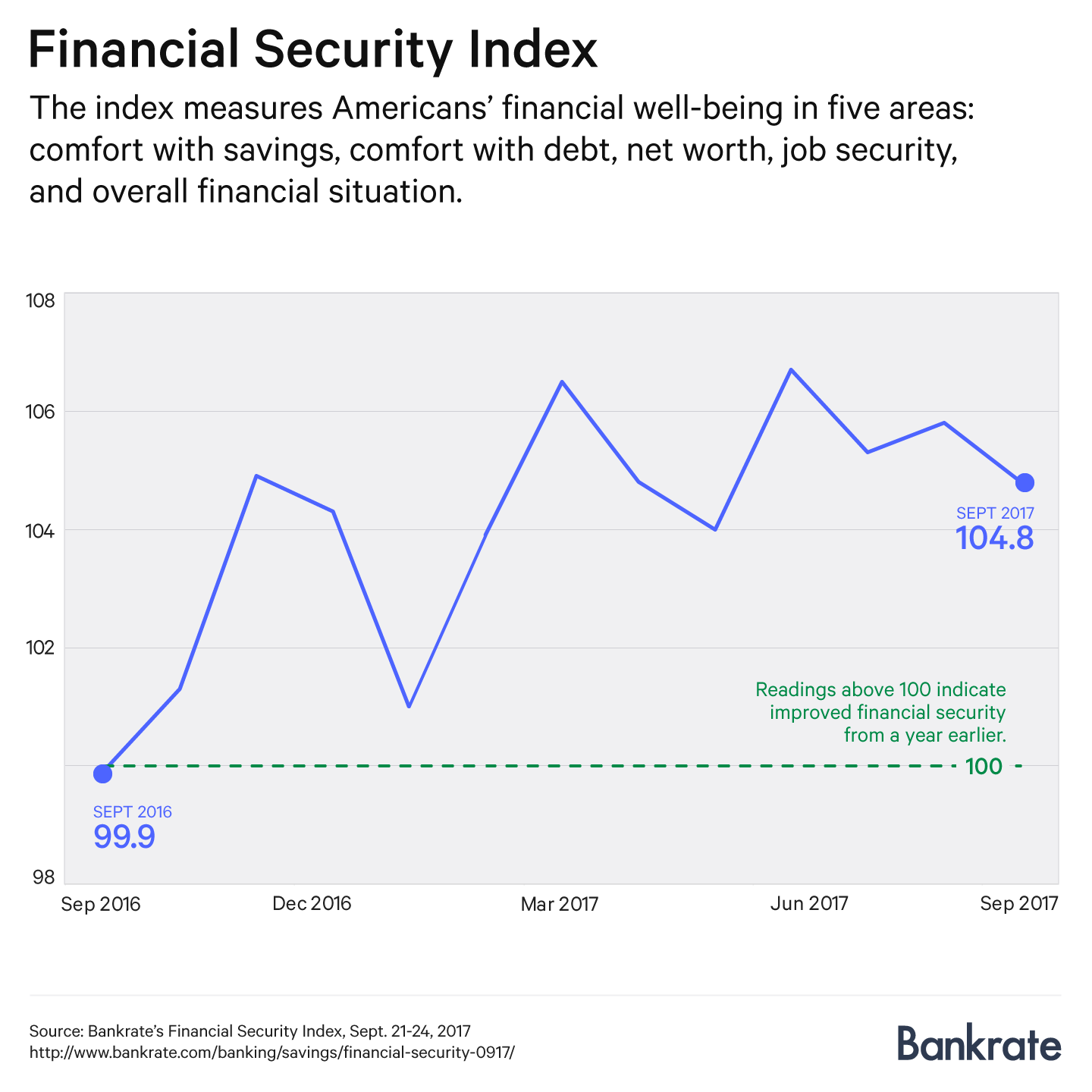 Meanwhile, Bankrate’s Financial Security Index for September has slid to 104.8. That’s the lowest reading since May, but it still indicates improved financial security from a year ago.

The survey was conducted by Princeton Survey Research Associates International. PSRAI obtained telephone interviews with a nationally representative sample of 1,002 adults living in the continental United States. Interviews were conducted Sept. 21-24. The margin of sampling error for the complete set of weighted data is plus or minus 3.9 percentage points.